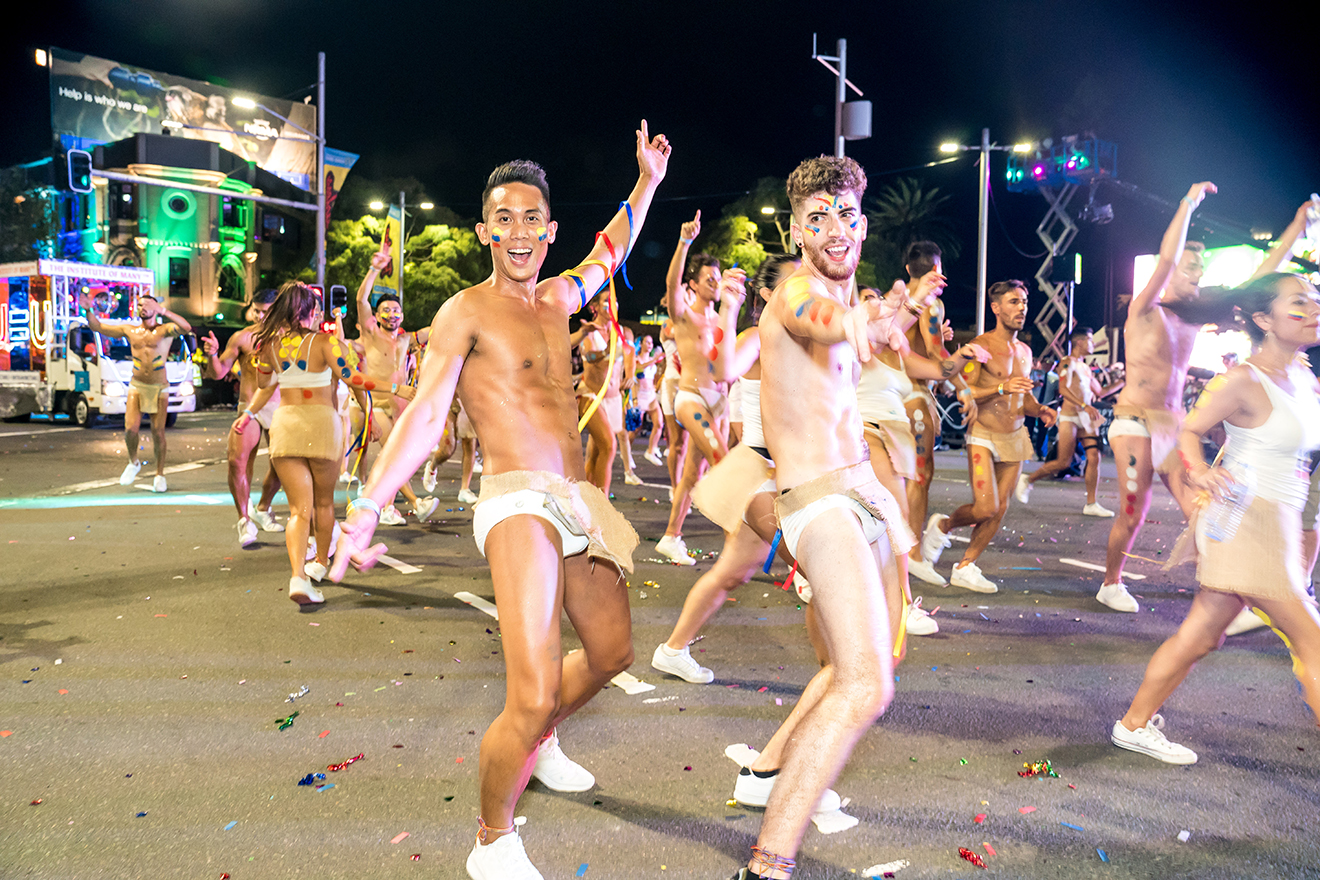 Can’t make the Sydney Gay and Lesbian Mardi Gras Parade? Don’t stress, because SBS have got your back and will be live streaming it here and for the first time you can watch it wherever you are in the world!

Tune in and watch as over 12 thousand dazzling parade participants sashay their way up Oxford Street for the 42nd annual Sydney Gay and Lesbian Mardi Gras Parade.

The parade’s 191 floats will represent the diverse and beautiful Australian LGBTIQ community. There will be old favourites like ACON’s First Nations float, the Dykes on Bikes Sydney pre-parade ride, the beautiful 78ers, and PFLAG plus this year’s parade will be decidedly more political than previous years, with several floats reacting to the climate emergency, and others protesting the religious freedom bill.

Talking about the floats, Sydney Gay and Lesbian Mardi Gras CEO, Albert Kruger said, “We have some truly wonderful parade floats who have embraced the theme of WHAT MATTERS. From pure celebration and creative self-expression, to floats with a wild and witty protest call to action, the 2020 Sydney Gay and Lesbian Mardi Gras Parade is an opportunity for us to come together and tell the world about the things that are important to the LGBTQI+ community.”

The 2020 parade also marks significant anniversaries. It was 35 years ago, St Vincent’s Hospital opened the first dedicated HIV/AIDS ward in Australia – 17 South. This year their float pays tribute to how far we have come since then, both in overcoming the stigma associated with a positive diagnosis and also in transforming HIV into a manageable chronic condition for almost all of those living with HIV in Australia today.