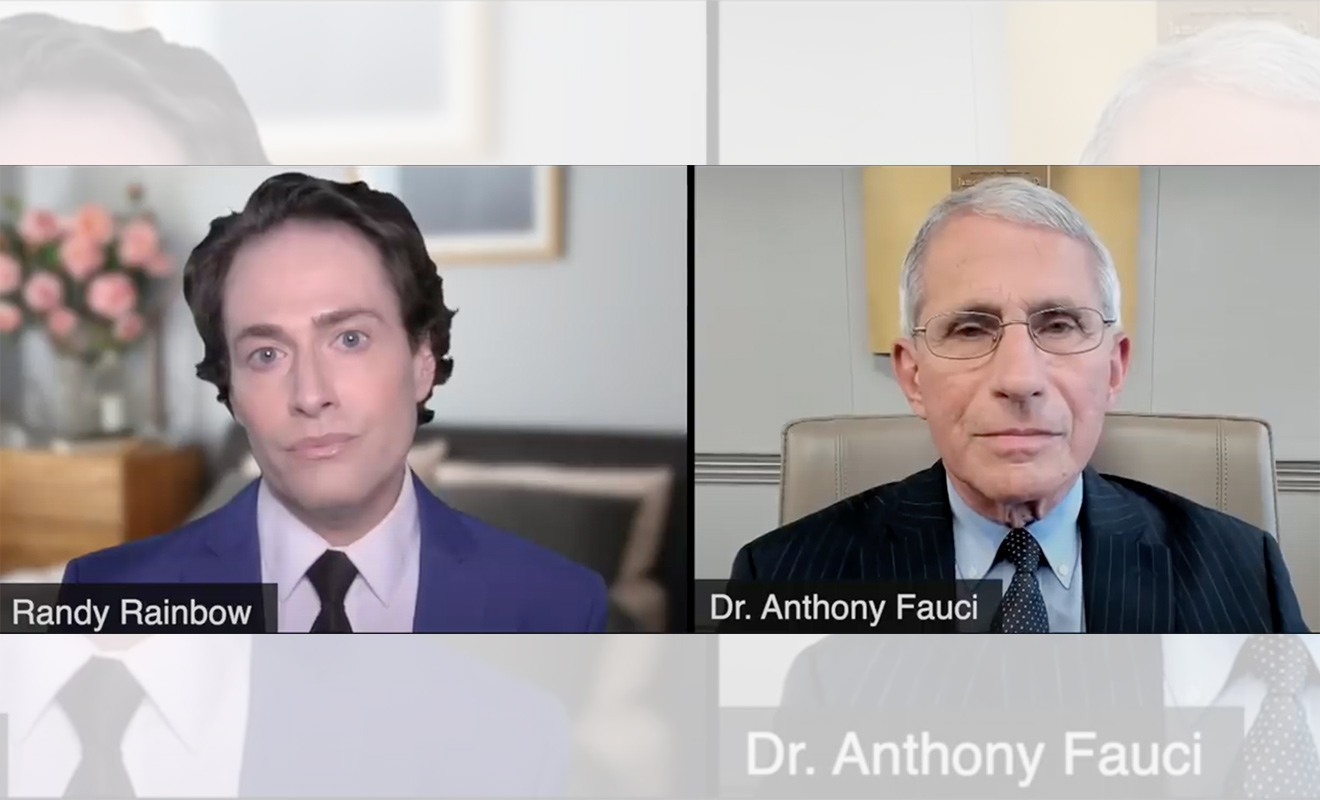 Dr Fauci, who is the United States leading expert on infectious diseases, and is widely praised for his work during the COVID-19 epidemic has been targeted by the Trump administration in recent months.

While he sings Dr Fauci’s praises and begs for the good doctor to help America, he also points out Trump’s insane criticisms and Ivanka’s fondness for Goya beans (among other things).

To end the fabulousness of the song, Randy Rainbow begs the good doctor to help as the Trump administration flounders.

“Cause no one at the top can help us stop this disease,” Randy Rainbow sings, before ending with “Gee, Anthony Fauci we love you!”

Fauci’s contribution to the HIV/AIDS pandemic in the ’80s and ’90s is also notable. At first he appeared to resist the calls for drastic action to be taken to make treatment drugs available. But, after meeting with ACT UP activists, he changed his approach and is now regarded as a valuable ally in the fight against HIV/AIDS.

“He dramatically loosened HIV-drug clinical trial requirements so that a far greater number of desperate patients could try new compounds (an approach called parallel tracking), expanded research on HIV/AIDS and its treatment in underrepresented women and/or people of colour, and gave activists and people living with HIV seats at the table of the planning committee of the AIDS Clinical Trials Group (ACTG),” reports TheBodyPro.com

“He’s the man for this moment,” Peter Staley, an ACT UP and Treatment Action Group (TAG) veteran told TheBodyPro.com. “He’s always had skills that are matched for epidemics. He’s one of the best scientists on epidemic control, but he can translate the complexities of epidemics into lay terms in a way that engenders trust to almost any audience he speaks to.”