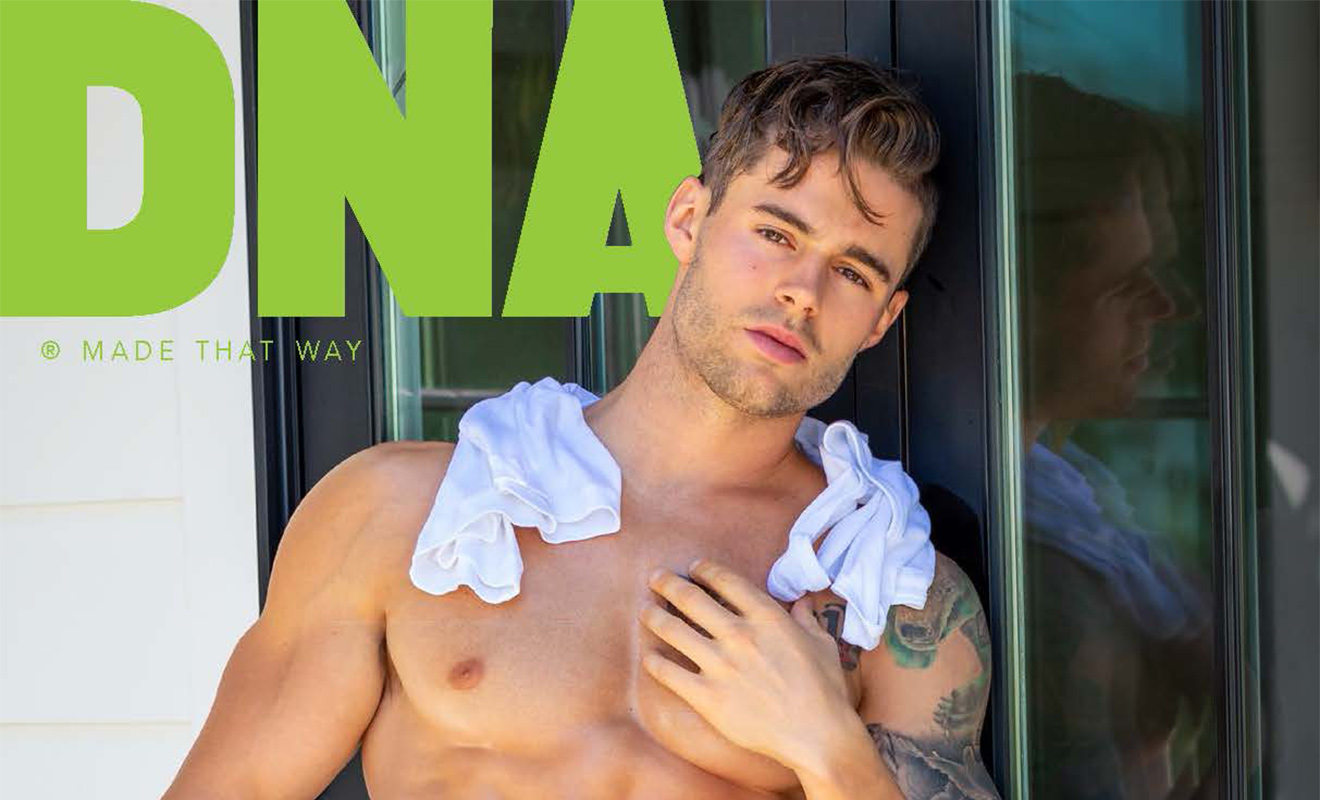 Hunk, chunk or drunk? DNA’s Founding Editor explains how he’s surviving the COVID-19 era, and what’s in the latest issue…

It all happened with a single, stinging sentence, made a little too loudly.

There I was, enjoying a long-anticipated catch-up with some good friends in a controlled, physically distanced environment. We air-kissed from 1.5 metres, we bumped elbows, we wanted to hug but didn’t. All was going well and then my friend, Ben, in a voice loud enough for everyone to clearly hear said, “Look, Andrew has grown a little COVID belly.”

I was mortified! Firstly, that he said it. Secondly, because everyone looked at my belly. And, thirdly, because I knew it was true and was hoping no one would notice until I had time to get rid of it. Ben is French and a chef, he loves food and loves people enjoying food. His entirely accurate observation wasn’t meant with any malice, but its Gallic directness was like a slap in the face with a wet sardine.

Another friend joked that we’ll all be coming out of COVID-19 restrictions as “hunks, chunks or drunks”.

The hunks being those annoying people who’ve taken up home gymming, doing yoga via app, jogging, and saying things like, “The pandemic has been a great opportunity for me to refocus my fitness goals blah, blah, blah…” Good on you! I just don’t want to hear about it – especially since a new espresso kiosk has opened literally 20 paces from my front door and they sell delicious home-made Anzac biscuits. So inconsiderate.

The chunks are those of us who’ve added a few kilos during the crisis. It’s not my fault my gym membership expired during lockdown (or that I hadn’t used said membership for about a month beforehand anyway). And it’s not my fault that I sought comfort-food happiness in chocolate, peanut-butter-and-honey sandwiches (with butter), and that rich, thick and creamy new ice-cream that caught my eye at the supermarket. I was very stressed, worrying about how those trainers at the gym were getting on without me.

As for the drunks – it seems alcohol consumption has peaked during lockdown, home delivery services are booming and liquor stores are single-handedly driving the economy. After catching sight of “Andrew’s little COVID belly” in the mirror, I decided cutting back would be a good idea. And I’m sure I’ve lost weight since – it just doesn’t show because of those extra Anzac biscuits.

I do care that I’ve put on weight but, to be honest, I don’t care very much. I’m not going to begrudge myself the occasional biscuit or wine; life’s too short. However, I am looking forward to getting a bit healthier “when things get back to normal” whatever that means and whenever that happens.

Of course, I’ll never look as trim, taut and buff as the amazing men in our latest issue of DNA: Eric on the cover, and Jack and Pharrell in the photography stories. They have obviously put a lot of work into their physiques, which takes determination and discipline, and I applaud their achievements.

There’s also great reading in this issue. There’s an in-depth look at the state of LGBT rights in Indonesia and what’s driving the anti-gay sentiment there at the moment. Health-wise we discuss overcoming premature ejaculation and look at some of the side effects of taking antiretroviral HIV drugs.

We chat with celebrity journalist Craig Bennett about some the closeted big names he’s befriended, we speak with Jeremy Brennan the musical director to the stars, and catch up with Sharon Gless, who everyone remembers and loves from Cagney And Lacey and Queer As Folk. We also mourn the loss of film director Joel Schumacher and Australian actor Michael Falzon.

Ding Dong I’m Gay is one of the funniest new shows around and we discuss its appeal with director/producer Josh Longhurst.

Then, on a completely different plane, we bring you The Kinkiest Thing I Ever Did, a feature complied from the real-life stories submitted by DNA readers. Some are sexy, some are shocking, and some are just delightfully odd. I’ll let you be the judge of which is which!

DNA #247 is out now in print and digital formats.