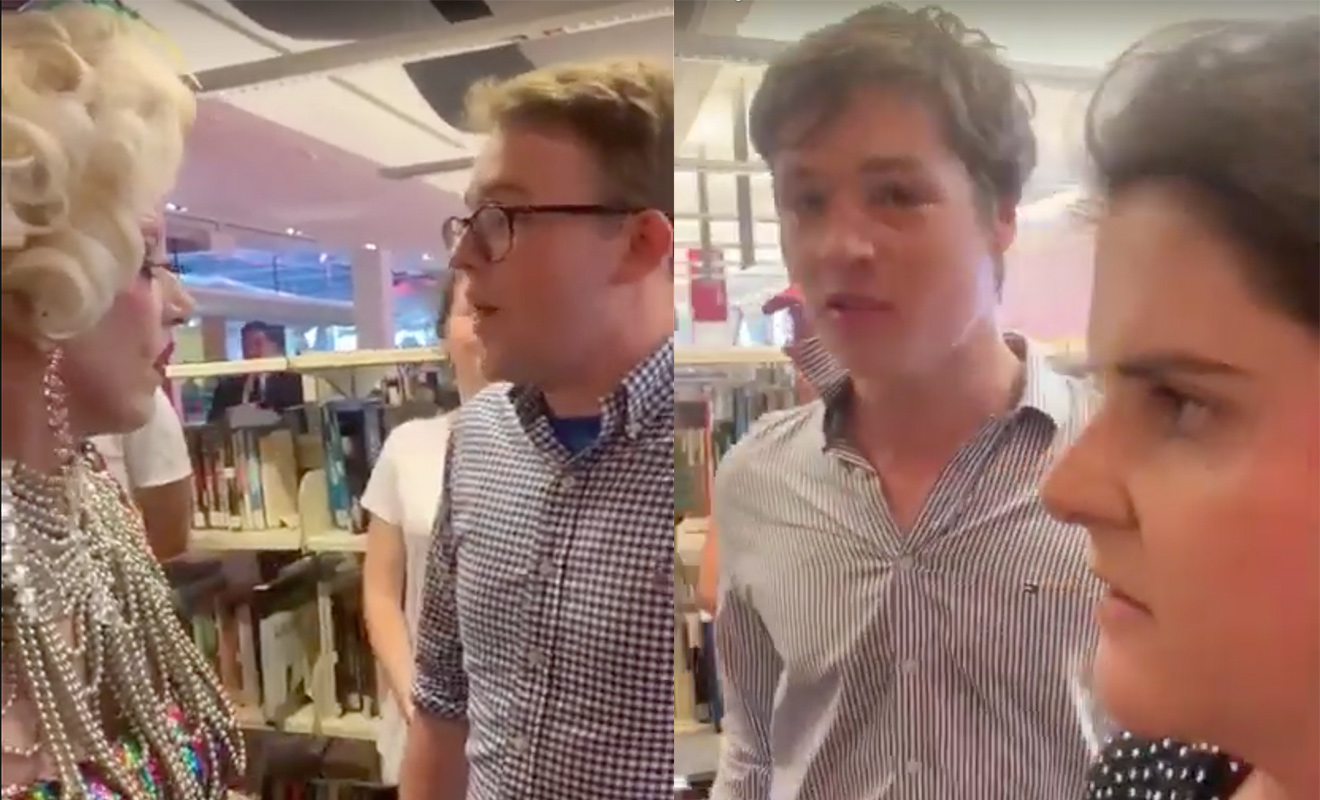 It is understood Gavin took his own life Monday morning, the ABC reports.

Gavin was one of a group of protesters from the conservative student group who crashed the library’s drag queen story time chanting “drag queens are not for kids”.

In a post to Facebook the group said it was making “a stand to defend LNP values against a corrosive gender ideology”.

In a subsequent post, the group said: “What people do behind the closed doors of a nightclub is their business, but this event is designed to indoctrinate and sexualise young children. Our kids deserve better than this!”

Wilson Gavin identified as gay but had campaigned against the Yes vote during the marriage equality postal vote debate.

Holly Zwalf from Rainbow Families Qld which organised the Drag Storytime at Brisbane Square Library told QNews the death deeply saddened all members of the organisation.

“LGBTQ people are at high risk of suicide. This is why we strongly advocate for the Safe Schools program, drag storytime and other LGBTQ events, so that members of our communities grow up strong and proud of who they are,” Zwalf said.

Jess Origliasso from pop group The Veronicas posted footage of the incident on her Instagram.

“This morning a good friend of mine took her daughter along to a children’s story telling event in Brisbane by two gorgeous Drag Queens, when a screaming group calling themselves the UQ Young Libs stormed the event in a public library, causing chaos and distress to children and everybody there,” she said.

“I am absolutely furious. Our world is in need of love and healing, now more than ever. What they did today was add to the bigotry, division and trauma young children are left to face in today’s society.

“Bless the two queens who were there to bring joy to children and their families,” Origliasso said.

Other footage from the incident was also posted to social media.

An LNP spokesperson distanced the political party from the group telling news.com.au, “Late last year, the LNP state executive resolved to disaffiliate the UQ LNP club and asked the club to desist from using the party’s name and colours.”

Trevor Evans, a Queensland LNP federal MP, posted a statement to his Facebook saying the group was not connected with the LNP.

“The ratbags are not members of the LNP but they claimed to be.

The only LNP connection is that it is an LNP administration in Brisbane City Hall which has been running the Drag Queen Story Time events!

Last year the LNP resolved to take legal action to stop these ratbags from claiming to be affiliated with the LNP after some other silly stunts,” Evans said.

Police were called to Brisbane Square Library after complaints that the group of protesters were scaring the children.

“In relation to the unconfirmed reports relating to a young man, relating to the out of respect for the family, I won’t be making any comments on this matter,” she said.

“I think today is a day to think about a bit of compassion and respect for people,” Frecklington said.