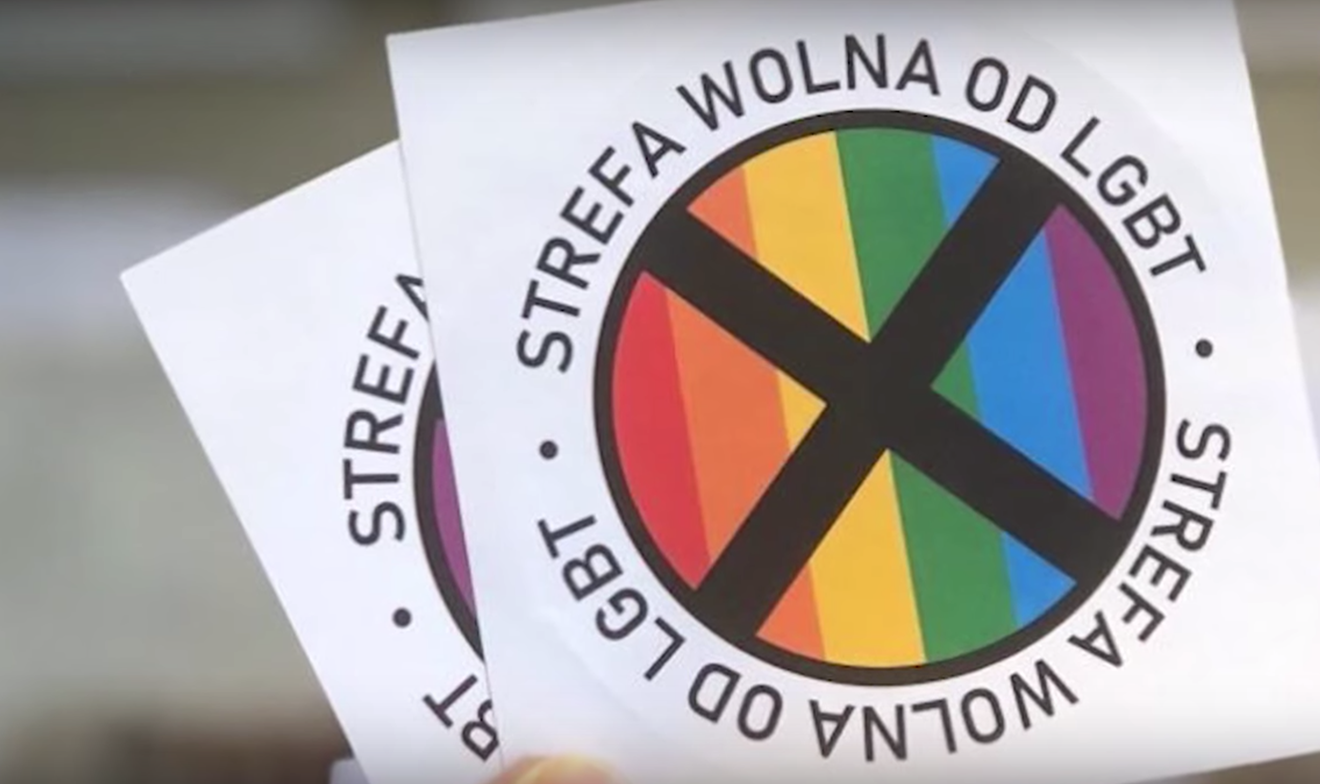 Police arrested 25 people over the weekend when LGBTIQ people and allies and anti-gay protestors clashed during Poland’s first Pride parade.

An estimated 1,000 marched marched in the parade through the city of Bialystok and were confronted by more than 4,000 counter protesters who a CNN report described as “ultra-nationalist football hooligans and far right organisations”.

Bags of flour, glass bottles and flash bombs were thrown from the windows of housing blocks at the Pride marchers, who travelled along a three kilometre route through the city centre.

Bialystok has a conservative reputation and is a stronghold for Poland’s ruling Law And Justice party (PiS). The conservative party is targeting the country’s LGBTIQ community for political purposes.

Saturday’s march was one of 24 parades scheduled to take place this year in Poland – a record number, which campaigners say is a reaction to the increase in homophobic language used by political leaders and the Catholic Church.

“We are in the middle of an ongoing wave of hateful propaganda, which is fuelled by both the state and the Catholic Church,” Hubert Sobecki, co-president of Warsaw-based LGBT+ organization Love Does Not Exclude, told CNN from a cafe in Bialystok.

The violence over the weekend follows earlier political rallying ahead of the European Parliament elections, in which Poland’s conservative PiS party leader, Jaroslaw Kaczynski, urged Poles to vote for what he called, “the only party that gives a 100 per cent guarantee that our values will be protected”. LGBTIQ rights constitute foreign values that pose “a real threat to our identity, to our nation,” he claimed.

“One should condemn any act of hooliganism and I condemn it doubly. Firstly, because you can’t beat, yank people under any circumstances,” PiS party legislator, Marcin Horala told broadcaster TVN24. “But also because nothing helps promote LGBT in Poland as much as giving them the role of victim, as was the case in Bialystok,” he added.

The PiS party has a history of targeting minority groups to promote a populist agenda. Some observers see parallels with the party’s 2015 campaign, which relied on anti-immigrant rhetoric.

Warsaw’s mayor recently advocated integrating sex education and LGBT+ issues into school curriculums, in accordance with World Health Organisation guidelines. However, Mr Kaczyński describes this as “an attack on the family” and “an attack on children”.

He called “LGBT ideology” an imported “threat to Polish identity, to our nation, to its existence and thus to the Polish state”.

A Law And Justice campaign advert depicted an umbrella with the party logo protecting a family from rainbow rain. A local newspaper, Gazeta Polska, gave away free stickers to readers which said, “LGBT Free Zone”.

Regional party officials have since pushed to declare cities and even entire provinces in the country’s conservative southeast “LGBT-ideology free”.