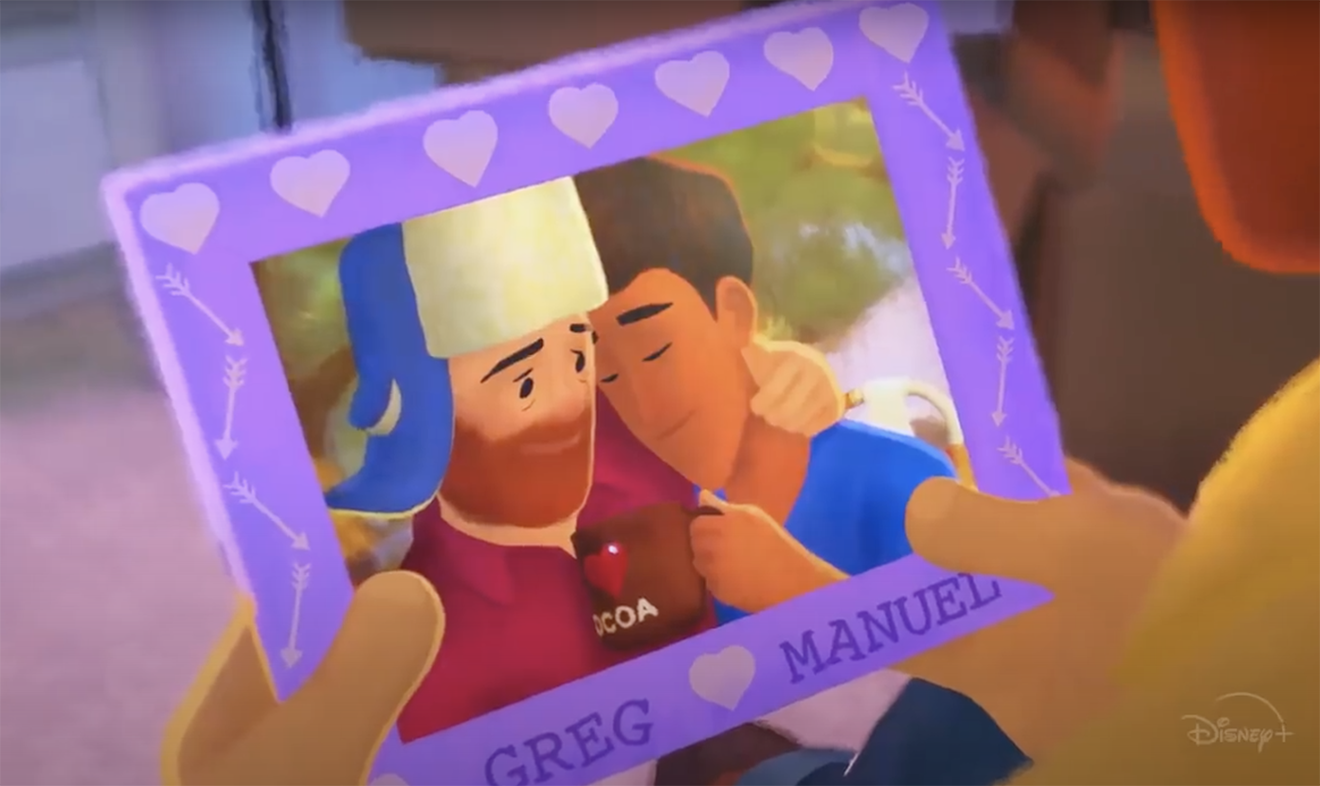 Disney’s Pixar has released Out, a gay-themed short animation on streaming service Disney+ as part of its SparkShorts series.

In the movie, the character Greg is worried about telling his parents he has a boyfriend, Manuel. In the trailer, Greg is seen looking at a framed photo of the pair.

“Just look them in the eye and say, ‘Mum, Dad, I’m…’” he says to himself as the doorbell rings, his parents arrive and he realises he’s still holding the photo, which he and his dog then try to hide.

Greg’s parents are helping him move into his new apartment, leading to a couple of incidents where he frantically hides items that reveal his sexuality – including a calendar of hunky men!

Out was written and directed by Steven Clay Hunter.

The trailer has prompted many comments on Disney+’s social media channels, with many applauding the streamer for featuring some LGBTQ representation.

Predictably, some are less happy. “Kids don’t need to see these sinful things,” said one commentator on Instagram. Expect pressure group One Million Moms to call for a boycott imminently!