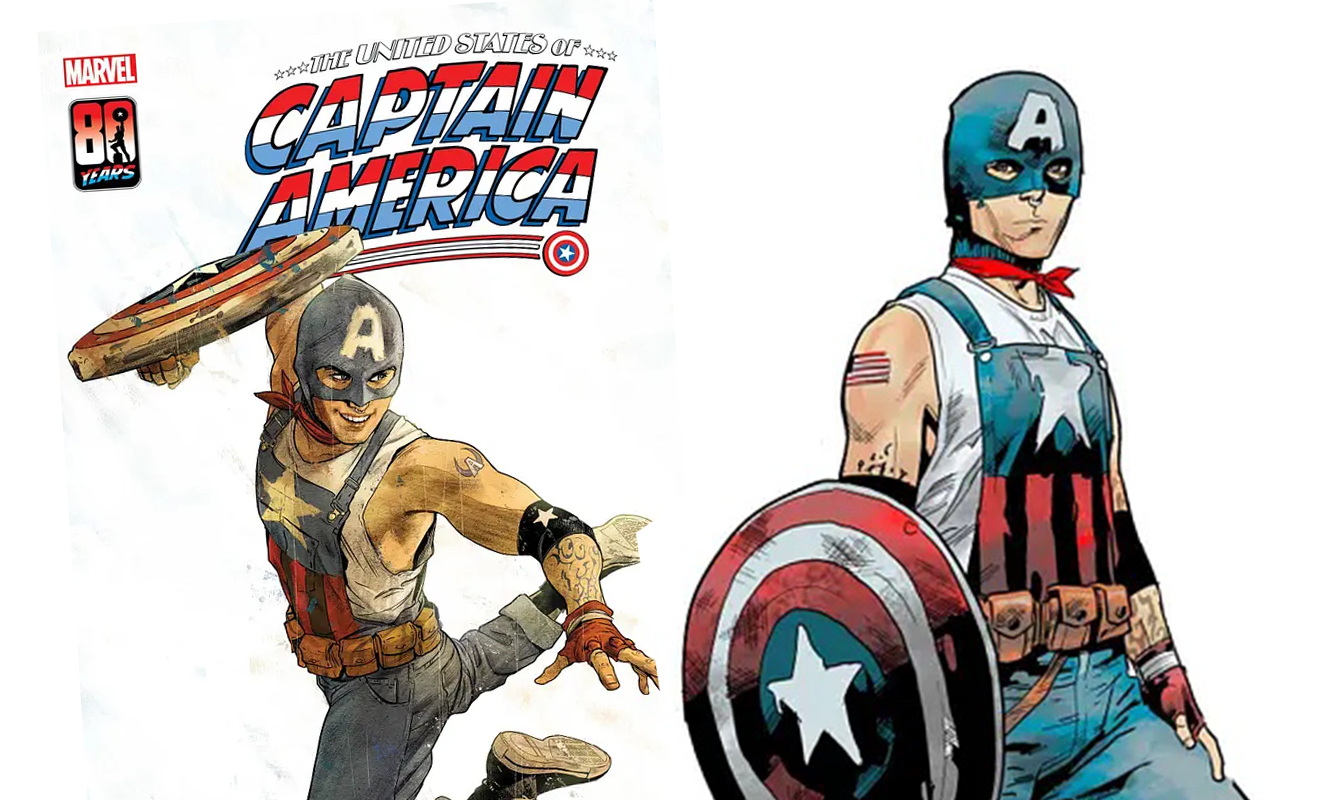 But before you get too excited, we’re not going to see a shirtless Chris Evans getting it on with Sebastian Stan. That remains only in our dreams.

Marvel Comics has announced they will be part celebrating the 80th anniversary of Captain America with a gay teen superhero.

Aaron Fischer, will be drawn into existence making his debut on June 2 in the new limited series, The United States Of Captain America.

The series is said to feature the original Captain America, Steve Rogers, along with Captain Americas of the past – including Bucky Barnes, Sam Wilson and John Walker – traveling across America to find his stolen shield.

As part of the adventure, Rogers meets “everyday people from all walks of life” who have taken up the mantle of Captain America to defend their communities.

Fischer is described as “the Captain America of the Railways – a fearless teen who stepped up to protect fellow runaways and the unhoused” and that “Marvel Comics is proud to honour Pride Month with the rise of this new LGBTQ+ hero”.

“Aaron is inspired by heroes of the queer community: activists, leaders, and everyday folks pushing for a better life,” Co-writer of Fisher’s storyline, Joshua Trujillo, explained. “He stands for the oppressed, and the forgotten. I hope his debut story resonates with readers, and helps inspire the next generation of heroes.”

Each new issue of The United States Of Captain America will feature a new hero, who will highlight how everyday people can also be heroes.

The first issue is available June 2.