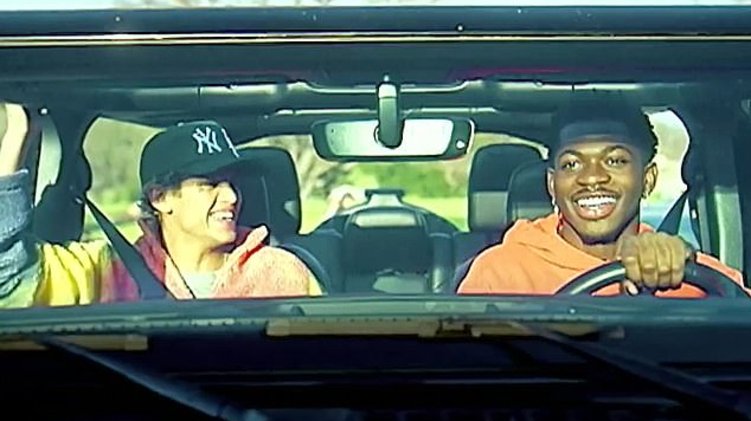 Coming off the back of his controversial Montero (Call Me by Your Name) music video, Lil Nas X has starred in a racy new video for boyband Brockhampton’s new single Count On Me alongside Dominic Fike, reports Out.

The Count On Me music video opens with the pair driving, chatting and flirting before kicking off into a wild trip with dancing, hallucinations, animations and lots of making out.

The new video has caused quite a stir with Lil Nas X tweeting, “i guess I’m a video vixen now”.

While Fike has never publicly stated his sexuality, he is currently dating Diana Silvers from Booksmart.

Lil Nas X’s most recent single Montero (Call Me By Your Name) is still sitting at number two on the US Billboard charts.