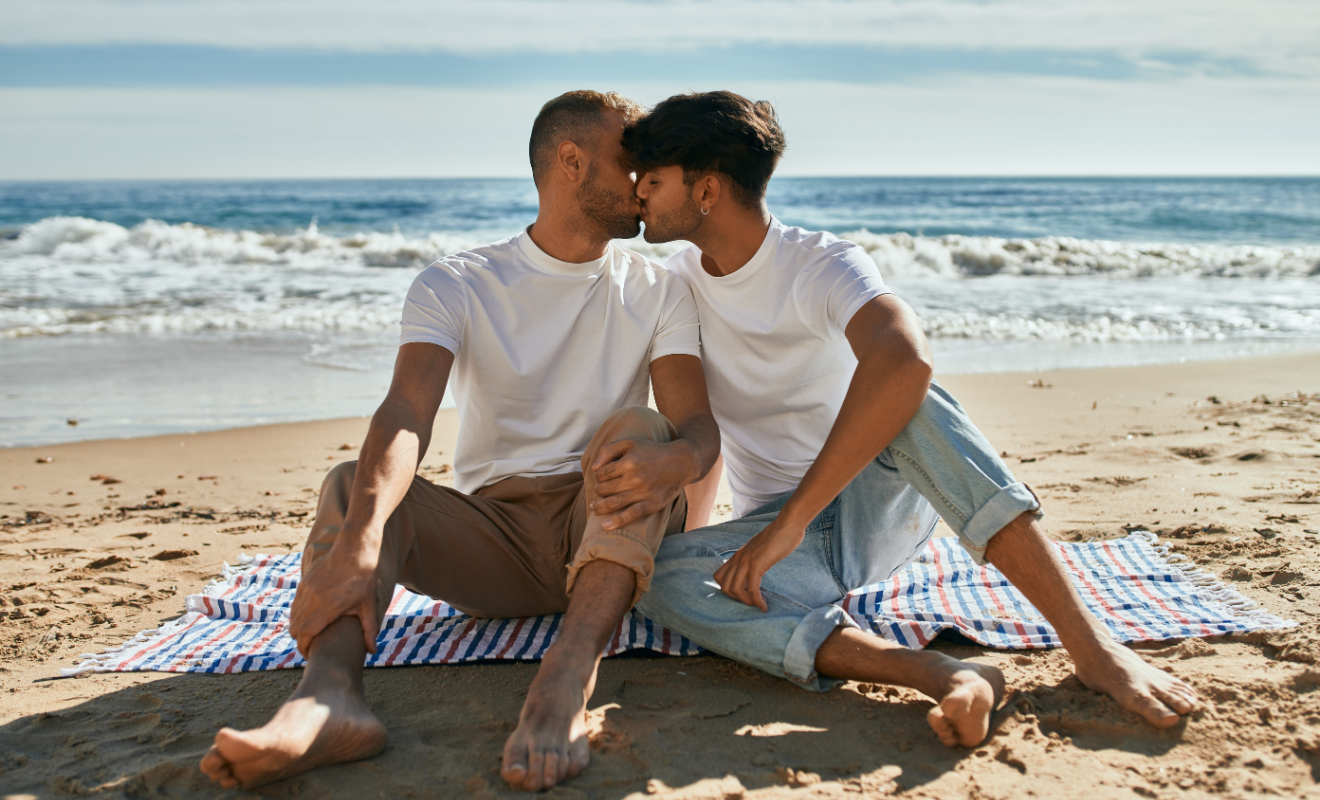 Two gay men were arrested shortly after the pair kissed on a public Mexican beach. After seeing the two men handcuffed and escorted away a crowd rallied, forcing the police to release them, Out reports.

A video of the incident showing the two men being handcuffed by armed officers was uploaded to Facebook (check it out below). Protestors stood around the police chanting “No! No! No!” and “I’m gay too!”

One beach-goer shared the story online. “While I was on the beach with my family, we noticed around 4.30 that two police officers in their ATVs approached a group of young foreigners. After about 20 minutes… we noticed that a patrol arrived and proceeded to arrest them with handcuffs.”

“The police were violent, and gave arguments such as: ‘There are families and children and they cannot be seeing this.’ [The two men] were forced into the patrol car and they would not let them go. All of us who were gathered were upset at seeing the situation, no matter how much we told them that they were not committing any crime, they did not release them.”

“I want to express my anger because the police here in Quintana Roo are homophobic… They were not committing any crime… It’s not possible that in the 21st Century this type of oppression against the LGBT+ community still happens,” said Maritza Escalante Morales, a local politician, according to a report by Daily News.

In 2016, Enrique Peña Nieto, the former Mexican President, signed an initiative to amend the country’s constitution and legalise same-sex marriages on a federal level. Despite the decriminalisation of gay sex in Mexico, the country is predominantly Catholic, which leads to religious discrimination against the queer community, especially outside of large cities.