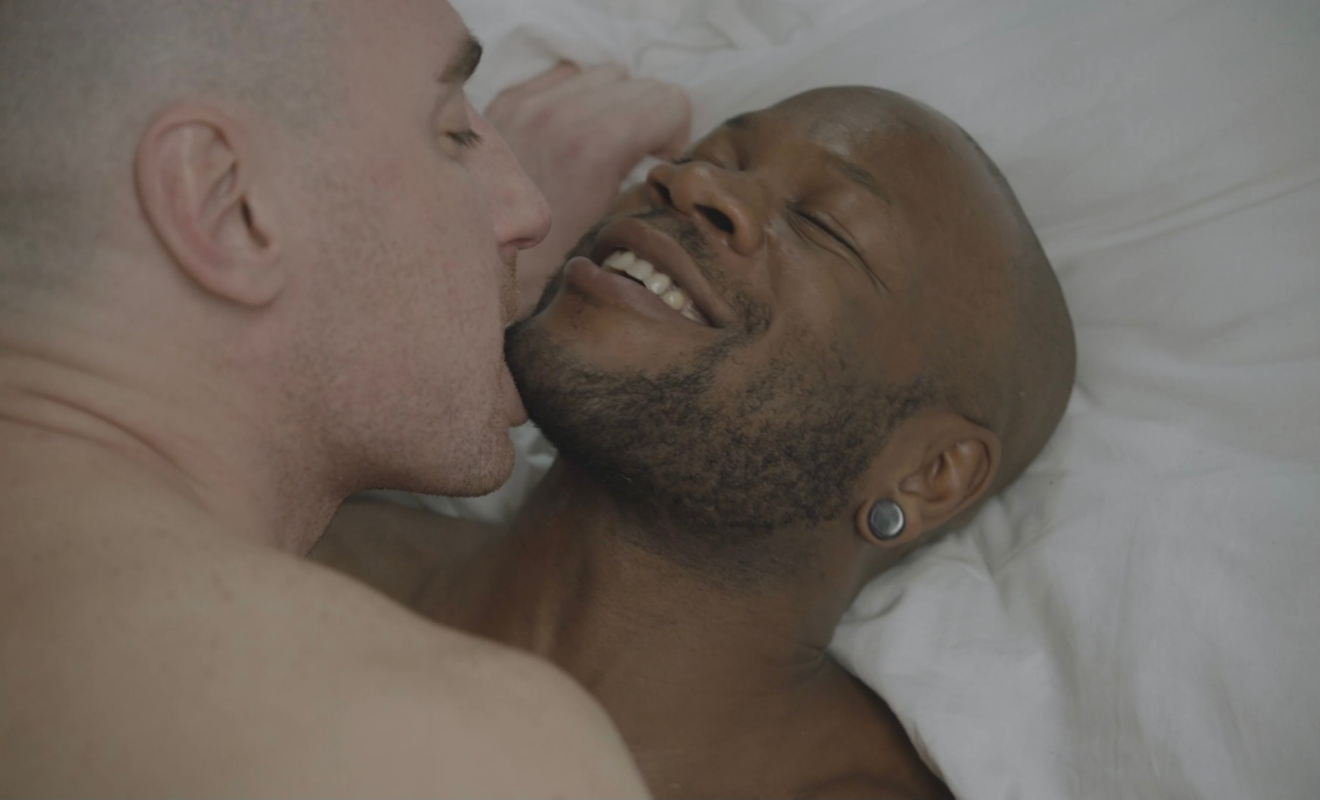 British HIV-positive adult film star Kayden Gray performs in first ever condomless scene in U Equals Fucking U, aka UEFU, a two-part adult film exploring the realities of sex after an HIV diagnosis.

The two-part adult short is a rare combination of pornography and bold HIV advocacy, tackling stigma and the complexities of disclosure among men who have sex with men.

By using Gray’s undetectable status (due to his antiretroviral treatment) the film shifts the theory into a real-life testimony to the reliability of treatment as prevention, making the film the first of its kind.

“I decided to film a condomless project for two reasons,” says Kayden.

Triggered by a condom malfunction, the drama-filled storyline in Part 0ne Dirty? showcases the dysfunctional nature of HIV-stigma and its effects on the mental-wellbeing of those on both sides of the equation.

The episode opens up the complexities of disclosure, aiming to encourage the audience to rethink the language used when talking about HIV and sexual health in general. By doing this the film highlights the significance of awareness and empathy.

The climax brings about a major plot twist humorously delivered by comedian and RuPaul’s Drag Race star Bianca Del Rio. In addition to being part of the film’s storyline, this segment also introduces a new upbeat prevention campaign, How To Stay Neg – a collaboration between Kayden and Impulse Group, a global gay men’s organisation.

Part Two: “Give Me That Fucking Dick”

In contrast, Part Two, Give Me That Fucking Dick takes a humorous approach. Exuding joy and confidence, the episode challenges the misconception that having sex while living with HIV must be fraught with fear, anxiety, and hesitation. Unlike Part One, here condomless sex is not an accident. Instead, it’s a conscious celebration of freedom and equal opportunity to love and connect.

Although much lighter in mood, Part Two has its moment of conflict. Just before penetration, the focus is unexpectedly drawn to a controversial issue. This brings on the full title reveal, and eventually leads to a conversation.

“UEFU took a year to complete. It was a super-challenge, but it allowed me to, for the first time, truly merge my adult work and activism. And I got to collab on it with incredible people: a production dream-team called altSHIFT, the spectacular Bishop Black, and Bianca, who donated her time. I am especially grateful to Jose Ramos, the CEO of Impulse Group, who I forged a relationship with four years ago. He facilitated this project and offered me his infinite support and kindness,” says Kayden.