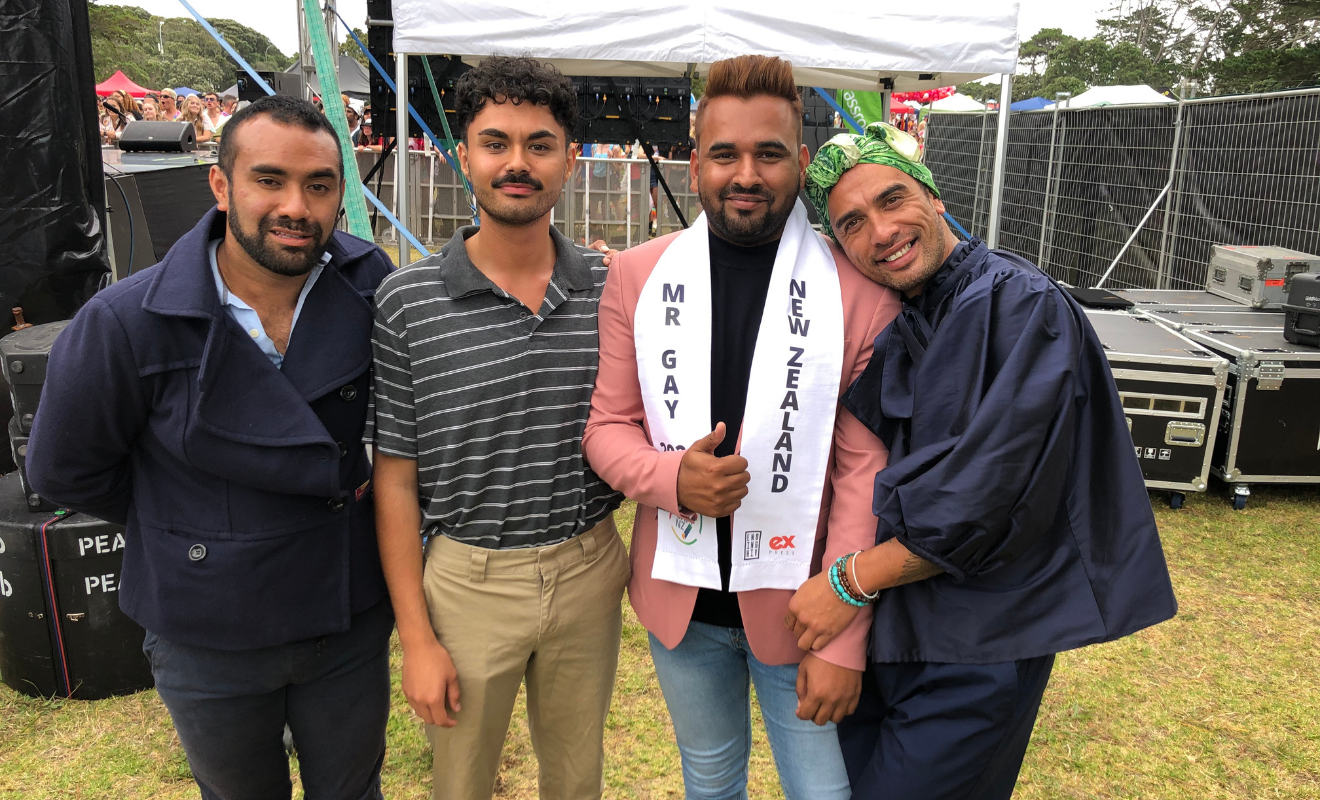 The announcement was made at the Ending HIV Big Gay Out just before Auckland was sent into a level three lockdown on Sunday.

Judging was tight between 28-year-old Mahjan and 24-year-old Thomas Notton, from Auckland.

Mahajan paid tribute to his fiancee and whanau [extended family] for being so supportive in his acceptance speech.

“Thanks to all those people that have supported me and seen something in me, even the time when I struggled to see that in myself, but that’s one thing I’ve really worked hard to correct which is believe in yourself before you start believing that people will believe in you,” Mahajan said straight after his win.

“Growing up with my step mum and their Māori family and learning about that was quite a wholesome experience. My dad is from the Middle East and mum’s background is Indian so there’s quite a lot of colours in there.”

“It’s a huge step forward for our migrant population in Aotearoa and I see this as empowering that specific group [migrants] in our community that sometimes struggle to find or ask for support”.

Mahajan said he wanted to use his year as Mr Gay New Zealand to improve services LGBTIQA+ people in New Zealand’s rural areas as he experienced first-hand the need for vital support services and resources.

“Living in a rural community and managing the mental health services for the DHB [New Zealand District Health Boards] was the biggest eye-opener to some of the parts of Aotearoa that are untouched, and not fully resourced because the reach of organisations are not that far,” Mahajan explained.

“So helping to increase that reach to those communities is going to be one of the biggest things for me that I want to work towards,” Mahahan said.

“Once we get the reach there will be awareness and education and we will be able to make change,” Mahahan said.

As part of being Mr Gay New Zealand 2021, Mahajan will become an ambassador for the NZ AIDS Foundation and work with them to promote their key strategy of ending HIV in Aotearoa by 2025.

“This is the opportunity that you can’t take for granted because you’re backing up so many people, some people can’t voice their own opinions so you’re actually standing up for those who can’t really do much so its a huge responsibility,” Mahajan said.

“I couldn’t think of a more exciting time than in 2021. People are listening, the voices are the strongest and we are making a lot of noise and the people that were sleeping are finally waking up,” Mahahan said.