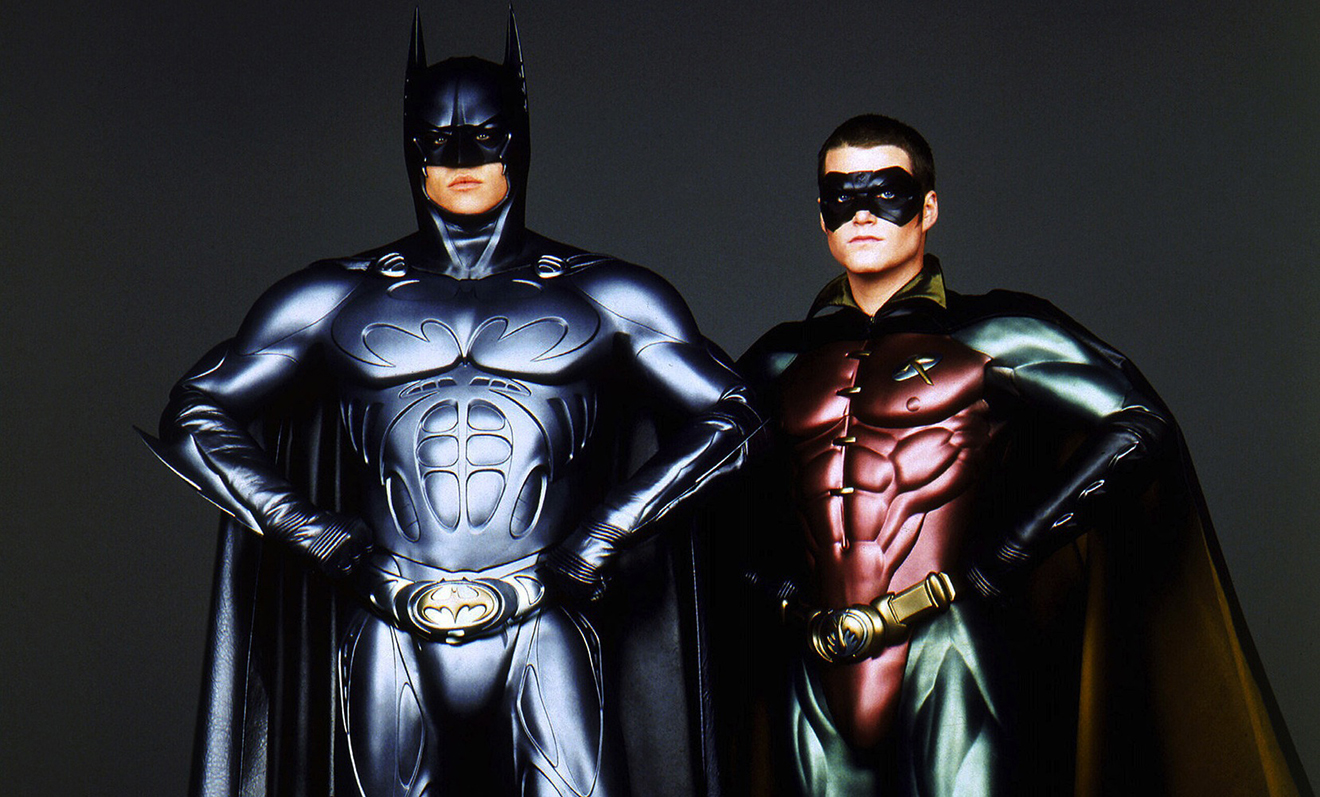 Val Kilmer and Chris O'Donnell in Schumacher's Batman And Robin (1995).

Joel Schumacher the director who brought us Lost Boys, Batman And Robin, Batman Forever, Flatliners, Falling Down, Phone Booth, St Elmo’s Fire, Tigerland, The Client and more has revealed in an interview with Vulture that he’s had sex with between 10,000 and 20,000 guys, he estimates.

In this interview, Schumacher said, “Most gay men have many partners because it’s not a very ‘no’ culture. I started drinking at 9, smoking at 10, and fooling around sexually when I was 11.”

In high school, he openly dated women while secretly sleeping with men, but he says he’d been interested in older men since his younger years.

“I had three girlfriends I had sex with, and some of the guys on my baseball team, a couple guys in high school. I had my first love affair when I was 15 to 17, and he was 17 to 19. That was the first time I remembered really being in love with someone, or let’s say, infatuated. But we both had girlfriends,” Schumacher said.

“There was a married man in our neighbourhood, but we weren’t having missionary-style sex,” Schumacher says. “We were, as we would say now, messing around.” He adds that a lack of education about gay sex gave him no pre-set expectations of what to do.

The interviewer also asked Schumacher about the changing dynamic as more LGBTIQ people get married, adopt and build families.

“I think AIDS changed a lot. We all had to look at sex, not only as it could kill you, but how reckless we had become as a culture.

“A friend who was not promiscuous was the first person I knew that had it. I think he was diagnosed in ’83. And I was extremely promiscuous, so I thought, ‘If he has it, I must have it quadrupled.’ I went to get tested. I was sure I had it, I was planning my death. In those days, the test had to be done by the Centers for Disease Control. So it was sent away, and it took three weeks or more until you got the answer. When the doctor called me and said, ‘No, everything’s fine,’ I went and got tested again,” Schumacher said reflecting on the AIDS crisis.