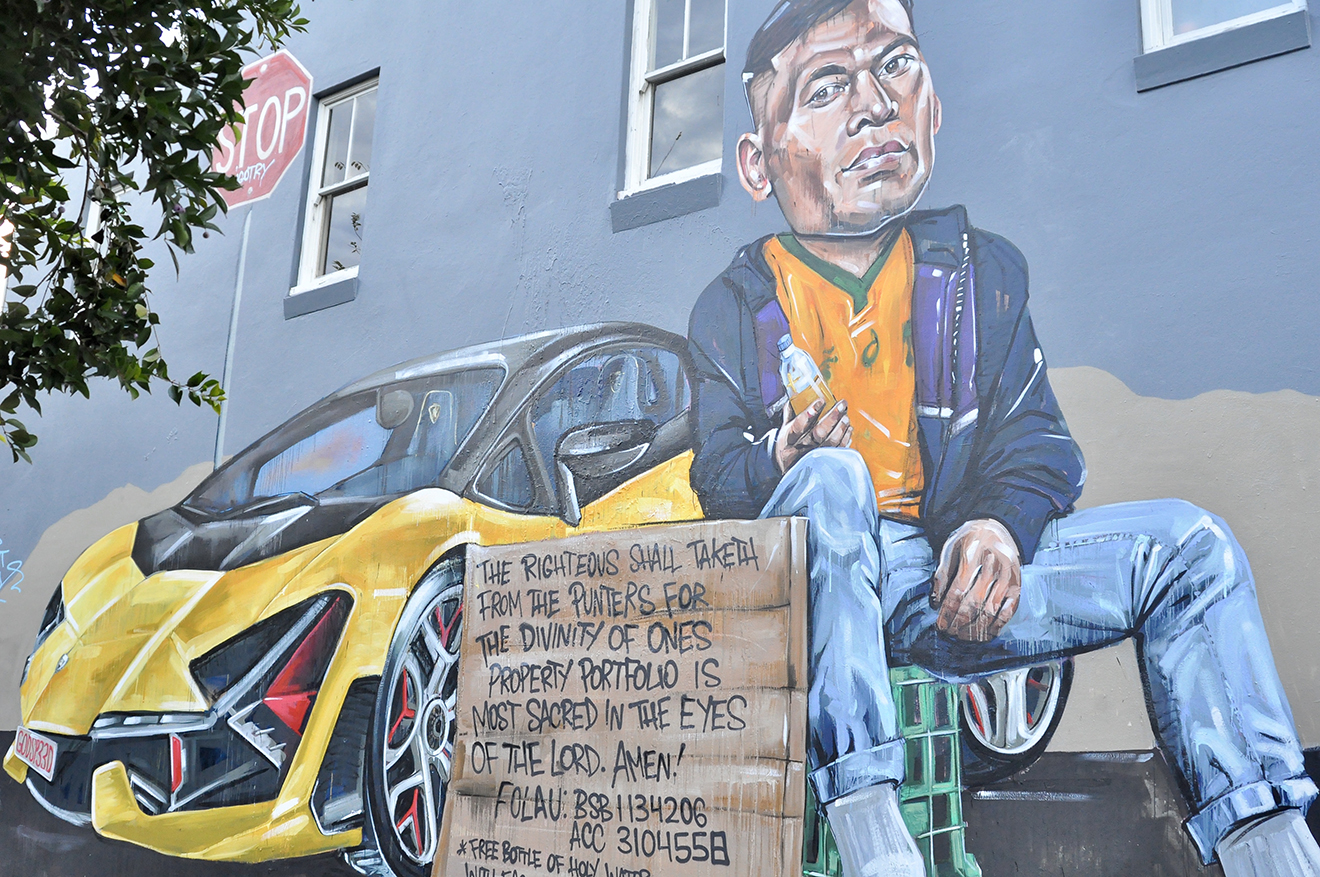 Australian graffiti artist Scott Marsh has weighed into the religious freedom debate by painting a mural of Israel Folau, the multi-millionaire rugby player who is challenging Rugby Australia for wrongful dismissal following his anti-gay Instagram posts.

The mural depicts Folau as a well-to-do beggar leaning against a luxury sports car with a cardboard sign emblazoned with a remixed religious verse.

“The righteous shall taketh from the punters for the divinity of one’s property portfolio is most sacred in the eyes of the Lord, amen!” the sign reads. Cheekily, when Folau’s BSB details are viewed upside down, Marsh has a very direct message for Folau: “Go 2 Hell”.

At his feet is an EFTPOS machine and a bottle of holy water (given free for every donation) as well as a baseball cap full of change.

The mural references Folau’s recent fundraising effort to raise $3 million to cover his legal fees. After his GoFundMe campaign was taken down the Australian Christian Lobby stepped in with a $100,000 donation and the set up of a campaign page on its website.

Marsh’s murals spark debate and strong responses among the community. In 2017 his piece depicting former Australian Prime Minister Tony Abbott and Cardinal George Pell as a bride and stripper was painted over by enraged Christian groups just 24 hours after it was created.

Folau and his lawyer met with Rugby Australia officials late June for a conciliation meeting but were unable to come to an agreement.

The former sports star is seeking $10 million in damages from Rugby Australia and wants his multimillion-dollar contract reinstated.