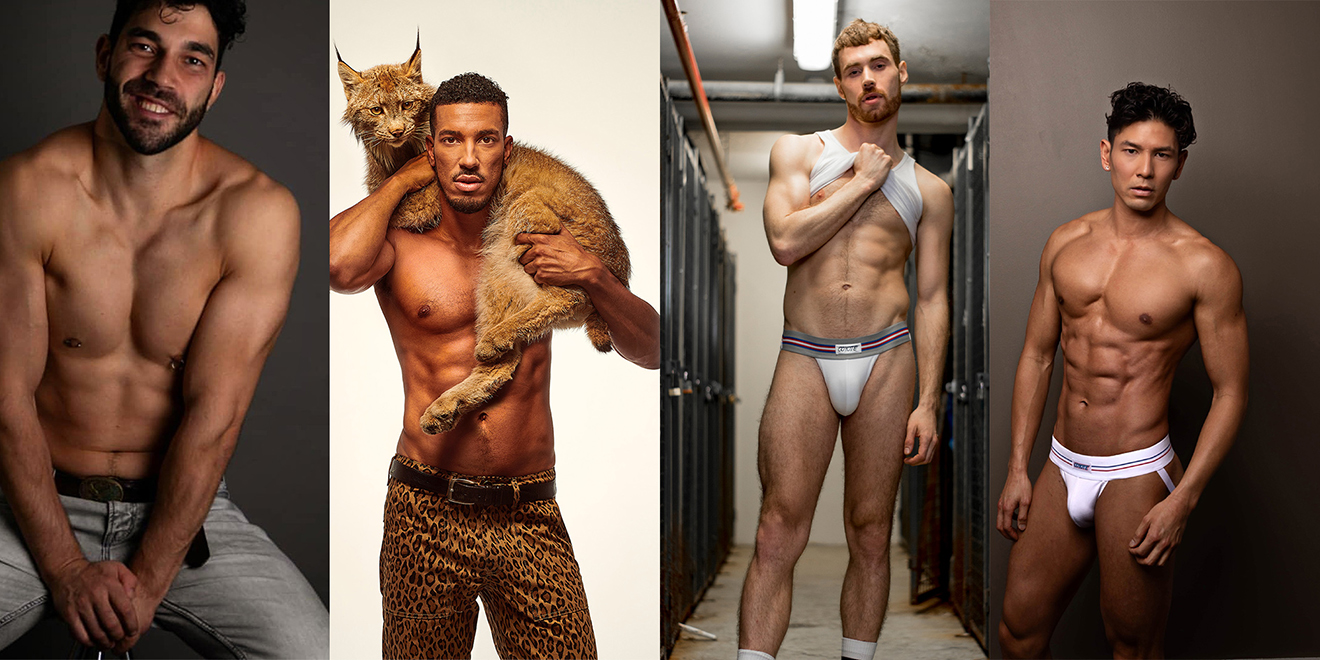 RuPaul’s Drag Race has headed north with Canada’s Drag Race set to debut 27 July and, like its US cousin, the show will have a bunch of hunky Pit Crew.

The crew will be introduced over the first two episodes, however, we’ve got the low down on four guys: Ming, Seth, Evan and Travis, who’ve been everything from exotic animal trainers, managers, physiotherapists, actors and models prior to joining the show.

An Aussie, Ming told DNA he was excited to join the show because he wanted to show diversity to the audience.

“Representation on an international mainstream TV show would be something special! Plus, then I would get my member’s jacket to the Pit Crew Alumni, it comes in my favourite colour, FRINGE,” Ming added.

He also joked, given he spends a lot of time on set in nothing but underwear, he feels a little over dressed on the show as he usually doesn’t wear briefs.

“Given COVID lockdown, why bother? It’s just more washing. At the gym, well, jock straps were designed for physical activity, plus it gives your booty a lil lift, like an underwire,” Ming laughs.

Seth comes to the show as an exotic animal trainer who brought his skunk to the audition. He told DNA he’d never worked with the cast before but was a huge fan of RuPaul’s Drag Race.

He also shared his favourite underwear brand. “I wear Abel Briefs during the day. Then I wear Abel Jockstraps at the gym and my men have got to wear Abel underwear always #abelpirela #pleaseloveme #seth4abel”

He also shared why joining the show was significant to him. “Real talks for a second, Drag Race meant a lot to me as someone who discovered his queerness a little later than most. It helped me learn about our culture and history, and gave me a massive bridge into a world that I wasn’t familiar with. To be a part of it in any way, and on the first Canadian season, was such an honour,” Evan said.

“Plus it was a great slap in the face to everyone in high school that used to call me ugly. Empty validation is awesome,” he added.

Travis, who is the youngest in the group and is a model, said he was a fan of RuPaul’s Drag Race and wanted to join the show when he heard it was coming to Canada.

“I knew several of the queens and people who worked in production on the show as well as the judges. I didn’t know anyone in our crew, but I’m so thankful to have created some beautiful friendships with my Pit Crew boys,” Travis said.

Underwear-wise he’s a tighty-whitey guy. “Day to day I love a crisp white cotton brief. At the gym it depends on what I’m there for, working out or showing off in the change room. And I like other guys to wear what makes them feel either their sexiest or most comfortable,” Travis said.

He’s also open to people sliding into his Insta DMs.

The first-ever Canadian adaptation of Drag Race is hosted by Season 11 runner-up and Canadian local, Brooke Lynn Hytes, actor Jeffrey Bowyer-Chapman and model Stacey McKenzie. Like its American sister show, the Canadian spin-off will serve elements of the Emmy-winning series – but with a healthy dose of Canadian maple shade. The competition will include 12 of the fiercest queens as they showcase their Canadian charisma, uniqueness, nerve, and talent to compete for the title of “Canada’s First Drag Superstar,” and a $100,000 prize.

Catch it on Logo in the US, Crave in Canada and on Stan in Australia.