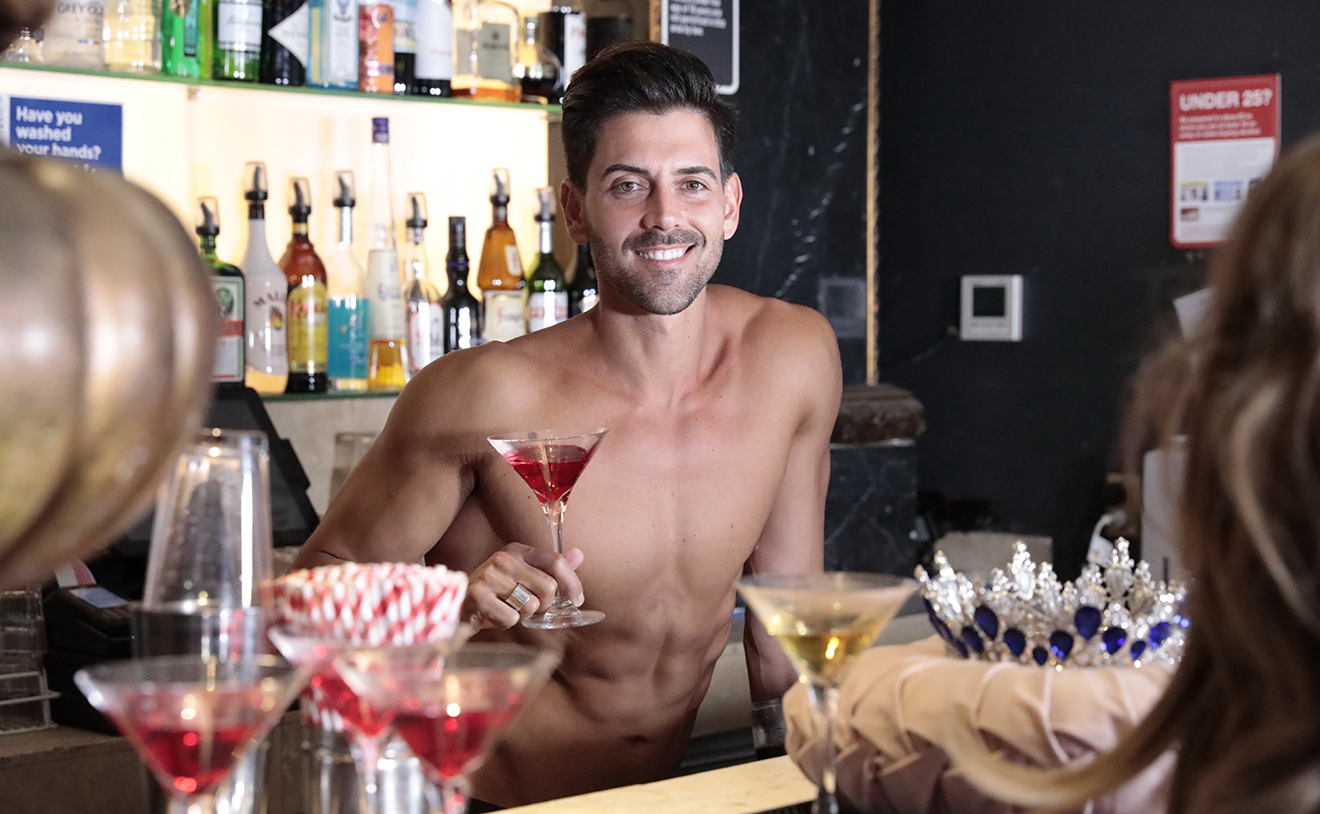 Sexy barman, Ivan Martin has been the hottest and most popular regular on Live From Stonewall, the LGBTQ streaming variety show broadcast from Stonewall Hotel on Oxford Street, Sydney, during the COVID-19 crisis.

Ironically, coronavirus regulations have not only meant social distancing between everybody on the show, but alcohol can’t be served.

This doesn’t upset Ivan too much because he doesn’t drink. He went on the wagon eight years ago as part of his strict training regime. And we can all see the amazing results!

The Live From Stonewall Pride special, in conjunction with World Pride, is on this Saturday at 8pm, a follow-up to the successful first series of the show.

It’ll still be a case of all eyes on the bar, even if the drinks are lemonade with a dash of raspberry cordial.

“The last time I had a drink was in 2012, in Madrid, where I’m from,” Ivan tells DNA. His jobs include bartending, when he can get it. “People always remark on the irony! I’m a model and I need to care for my body. It’s easy not to drink. I just don’t go out to party.

“Except I have to taste the cocktails I make. Like a chef has to know how his food tastes.”

Ivan, 36, has been in Sydney since November, moving here to learn English and continue his training to be a PE teacher. “But I got here at the wrong time! I’ve had no work this year because of the health crisis. And because I’m new from Spain I don’t get JobKeeper.

“I’ve only just this week got some work behind the bar and as a topless waiter for hens’ nights — for women and men.”

Ivan is out and is finding things different in Sydney compared to Madrid. “Yes, it’s different here from my country. Here it’s easy to find people for sex, but it’s hard to find people to be friends. Guys only want sex. If you want more it gets complicated.”

Ivan landed the Stonewall gig after starring in a promotional video made by Live From Stonewall producer Mike Worsley. “Mike and the team have become so important to me. I don’t have family here and his team have made me feel a part of it all.”

He’s keen to work. “For 15 years I was selling for Calvin Klein back home. Despite my resume I don’t get any jobs here. No one’s getting jobs during this health crisis.”

How does he look so good? “I am so sad with my food! I always eat the same because I don’t have time to spend in the kitchen. Keeping fit is a full-time hobby. I only eat rice, chicken, egg-white, oats, fish, fruit and coffee. Always the same. Easy and cheap.

“I have one cheat day a week. I order three pizzas only for me. I love pizza. I have the same problem with chocolate and ice-cream.”

50 per cent of GoFundMe donations go to queer charities. The series was conceived as a way for COVID-displaced LGBTQ industry professionals to reach out to their community during the crisis. There have been over 100,000 viewers.