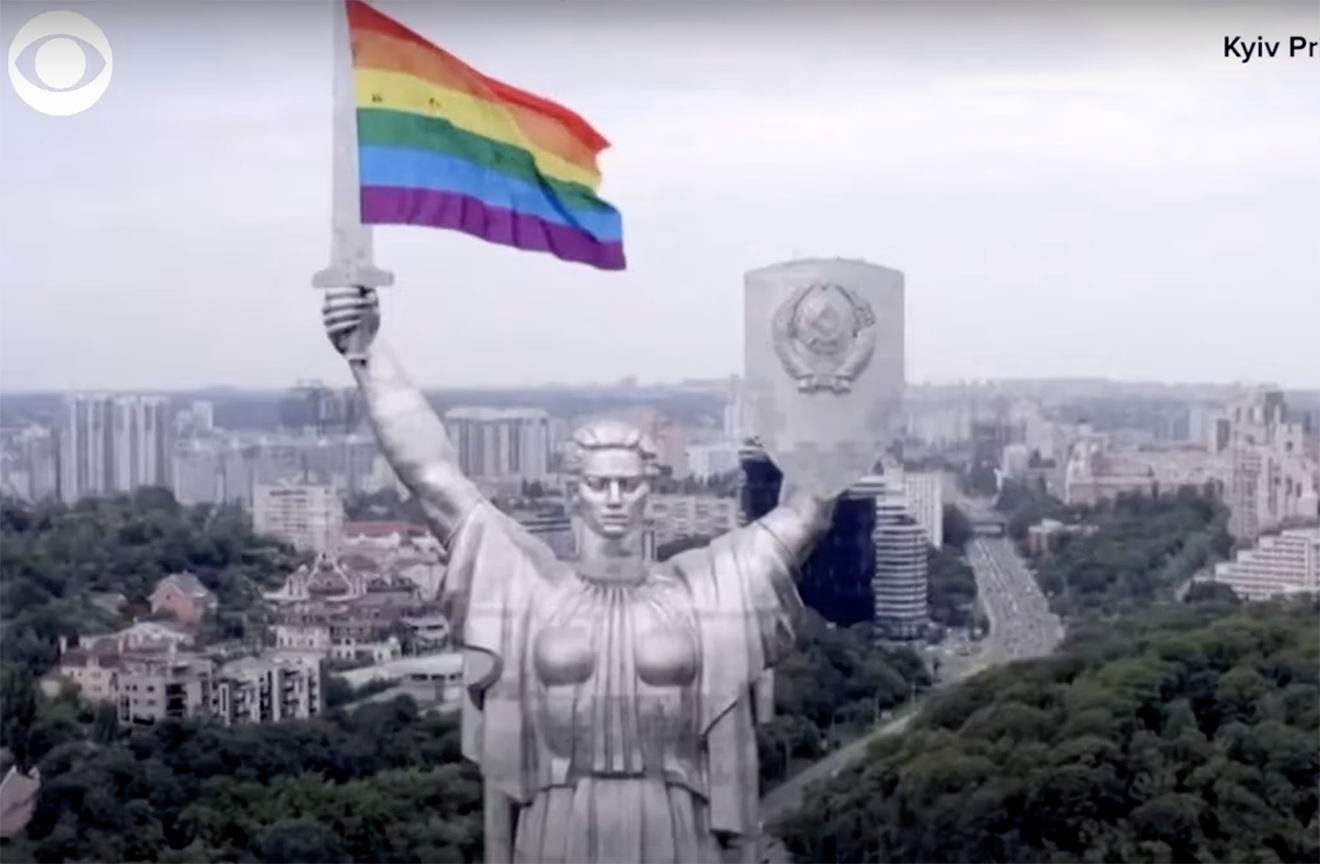 The venerated Motherland statue in Kyiv, Ukraine flew a Pride flag thanks to a group of activists who used a drone to attach it to the sword, LGBTNation reports.

“Drone flights were carried out under the current legislation and according to the rules of the State Service,” according to Dronarium Ukraine, the company that arranged the flight.

“We are against the manifestation of aggression against the LGBT community, which we consider to be from the Middle Ages,” the company added on Facebook.

Even though homosexuality is legal in the Ukraine, it is a conservative country that does not embrace its LGBTIQ community. In 2017, a small group of activists who were trying to draw attention to the rampant anti-LGBTQ sentiments was violently attacked by thugs who burned their rainbow flag.

When police attempted to intervene, the gang turned on them putting four officers in hospital.

Due to the violence experienced in previous years, Pride parades are not allowed in the country.

Earlier this year Patriarch Filaret, the founder of the Ukrainian Orthodox Church, went on television and blamed the coronavirus on marriage equality.

“God’s punishment for the sins of men, the sinfulness of humanity. First of all, I mean same-sex marriage,” Filaret said.

The Ukrainian Orthodox Church is one of the biggest in the country with around 15 million followers out of a country of 42 million.

Activists posted footage online of the flag being hoisted onto the statue with the hashtag #momwillunderstandandsupport.