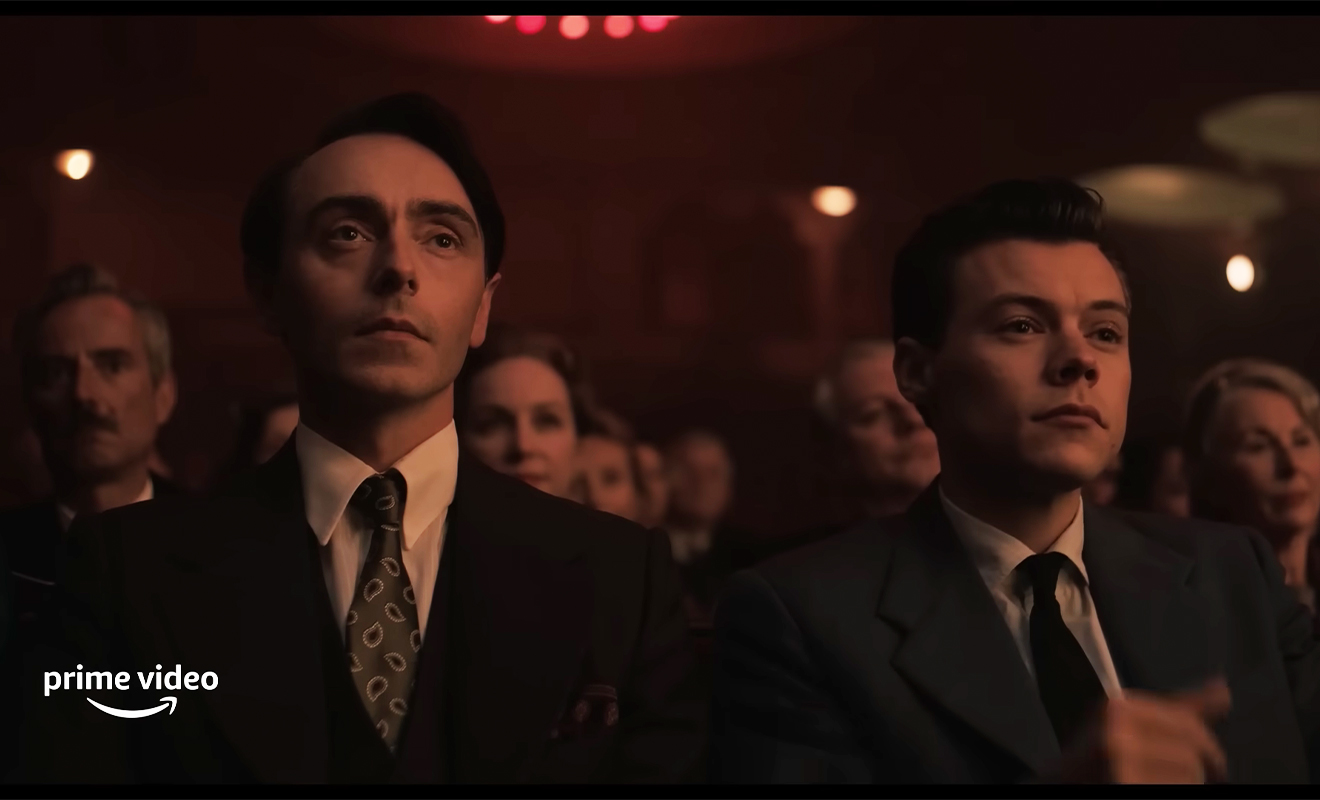 David Dawson and Harry Styles in My Policeman (Amazon Prime)

Avid Harry Styles fans knew that we would be seeing a film with Harry playing a gay policeman one day. Little did fans know it would be almost two years later before we’d get to see a trailer; the wait is over now and we have our first teaser for the upcoming My Policeman, reports Instinct Magazine.

Since being announced in 2020, fans have been eagerly awaiting a first look at My Policeman directed by Michale Grandage in which Harry plays a closeted gay man. This wouldn’t be the first venture into acting that the 28-year-old musician has taken. He was in the 2017 war-epic Dunkirk and had a minor role in Marvel Studios’ Eternals.

Styles is set to also be in a film with Florence Pugh later this year called Don’t Worry Darling – the trailer for this particular film shows a steamy snippet of Styles going down on Pugh so there’s also that to look forward to. So, My Policeman isn’t the first time the singer has tested his mettle as an actor.

The film is an adaptation of Bethan Roberts 2012 novel of the same name. The plot follows a closeted policeman Tom Burgess, who finds himself straying from his marriage with the temptation of a museum curator named Patrick Hazelwood, played by David Dawson. The film has a time-jump from the 1950s to the 1990s and shows the turbulence of Tom and Patrick’s love triangle decades apart.

For those wondering, the film has teased that there will be a gay sex scene so there’s plenty of reasons beyond the juicy plot to tune in. The film will be released in cinemas on October 21 and on Amazon’s Prime Video on November 4. Patient fans finally have a deadline for when they can watch Harry gay it up.