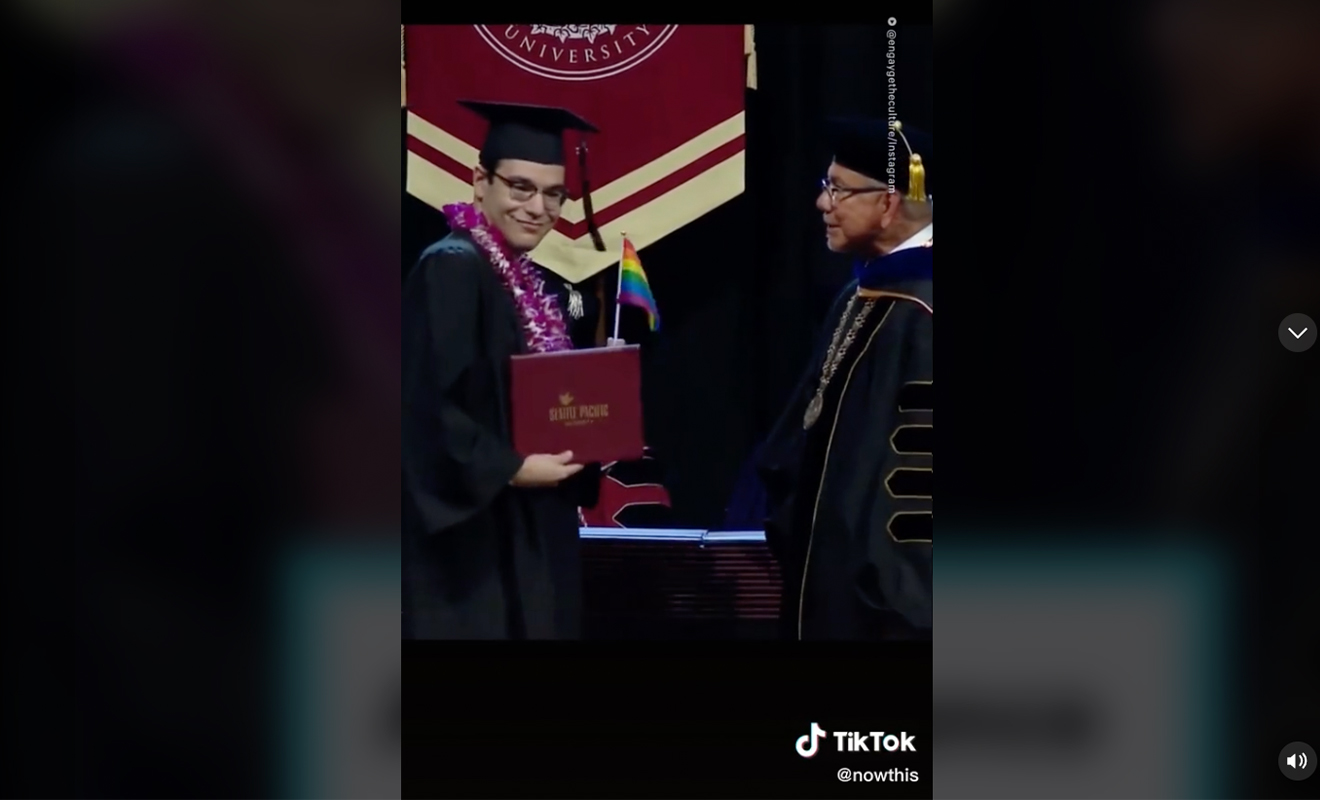 In the graduation ceremony for Seattle Pacific University, students are shown in a viral video handing their university president rainbow flags in protest of the school’s anti-LGBTQIA+ policies, reports Advocate.

A PERFECT WAY TO PROTEST WITH PRIDE

Seattle Pacific University is a private Christian institution which is affiliated with the Free Methodist Church USA. The college maintains their right to preference hiring employees with similar faith-based lifestyles. According to CNN, the school upheld this privilege by creating policy that prohibits employees from engaging in LGBTQIA+ sex.

In protest of their university’s anti-queer hiring policy, students have been protesting by way of sit-ins in front of the president’s office for 19 days prior to the graduation ceremony. Students, alumni, staff and faculty have participated, reports Advocate. “Students have organised it and have been the ones putting it together, but the entire community is backing this and supporting this,” says student government president Laur Lagos.

On Sunday, June 12, the graduating class of 2022 were set to walk the stage for their ceremony and students decided it was the perfect time and place to show their pride. Before the commencement of the event, about 50 students were handed rainbow flags to hand to the president instead of shaking his hand. Student organiser Chloe Guillot says, “It started just as a conversation among students that we didn’t really want to shake the president’s hand at graduation.

“So, we thought what can we do instead of that? And the idea came up: why don’t we hand out a pride flag?” It’s a bold move on the part of students but it doesn’t blatantly disrespect anyone that supports LGBTQIA+ rights. By handing them to someone whose role as president involves passing a queer professor up for a tenured position due to their sexuality, the students are making a firm stance in a very public setting.

Responding to the pride flags, interim President Pete Menjares says, “It was a wonderful day to celebrate with our graduates. Those who took the time to give me a flag showed me how they felt and I respect their view.”

Standing up for ones beliefs with boldness, pride and dignity is the perfect way for the younger generation to honour the fight of LGBTQIA+ generations that have come before. And on a less earnest note, it was very entertaining to watch.