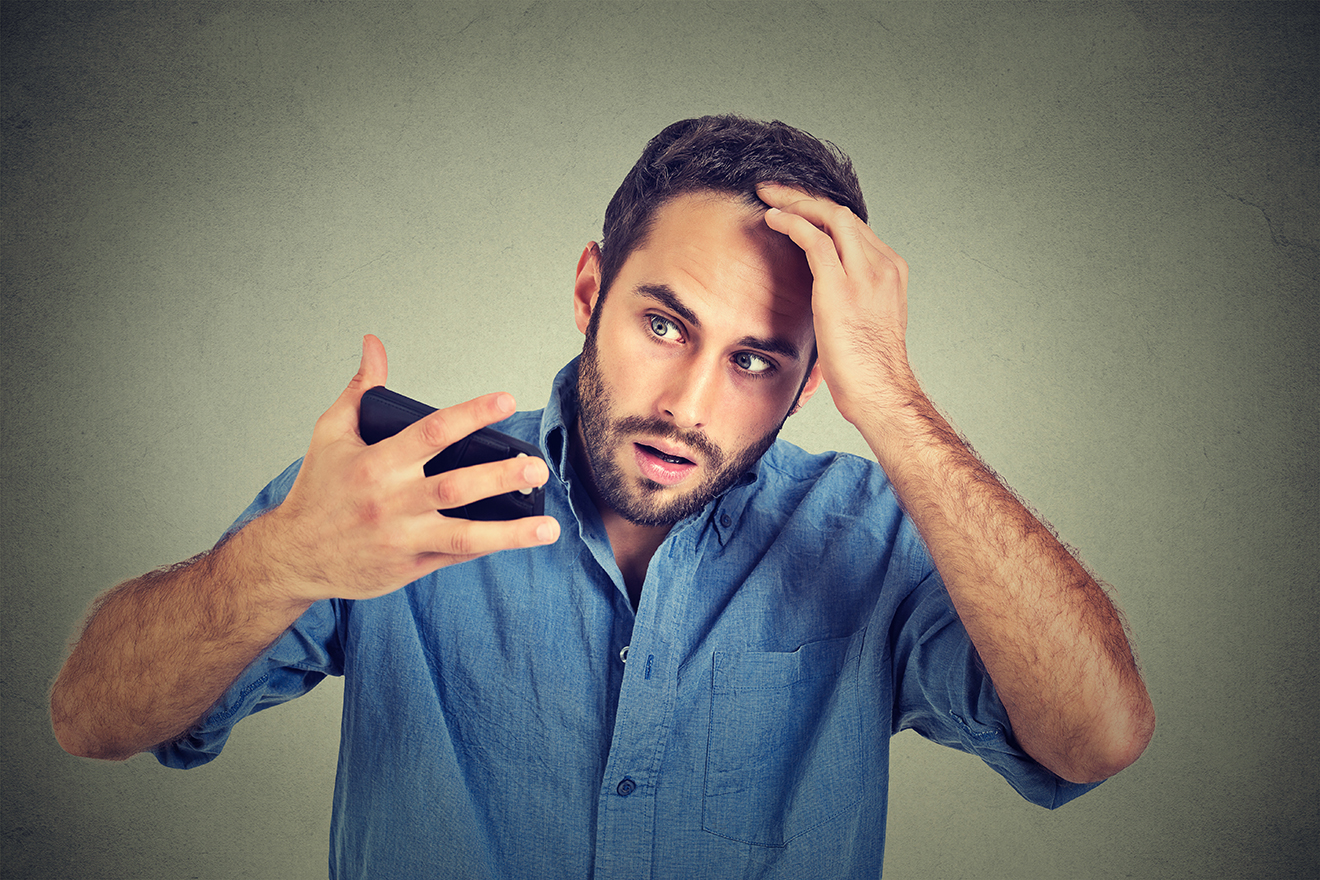 Male-pattern hair loss will affect nearly half of all men by the age of 50. Forget scalp oils and magic UV lights, only a doctor can really help.

The week before he escaped the media glare of the UK for the golden beaches of Malibu, The Times reported that Prince Harry had spent a day at the Philip Kingsley Trichological Clinic in Mayfair, in what seems to have been a last-minute attempt to find a treatment for his thinning hair. Given that his new neighbours were to include Adele, Orlando Bloom, Jennifer Lawrence and Katy Perry, I guess we can’t blame him for wanting to keep up appearances!

Prince Harry, and more infamously, his brother William, have male-pattern hair loss, a type of hair loss that affects nearly half of all men by the age of 50. It is characterised by a receding hairline around the temples as well as a thinning of the hair around the crown.

Scientists believe that this form of baldness is caused by the hair follicles on our scalp (the cells that produce strands of hair) progressively becoming smaller and smaller until they simply stop making hair. Exactly why this happens is still not really known, but it’s believed to be, in part, caused by both genetics and hormones. Stress is also a potential contributor.

Thinning hair can be incredibly frustrating. Where our younger selves once had an impenetrable mop with more hair than we knew what to do with, male pattern hair loss leaves us regretting every haircut we’ve had since. Further, with the year we’ve all had, the stress of it all may leave some of us wanting to cower back inside, even after we’ve been let back out!

There is no shortage of supposed “treatments” on offer. Anti-hair loss shampoos line the shelves of nearly every chemist, as do hair masks and even “scalp drops”. Some people have recommended iron supplements, while Anabel Kingsley (whose father runs the clinic Prince Harry visited) claims eating a big breakfast could help, too!

“Breakfast is the most important meal of the day for your hair as it’s when energy levels to your hair follicles are at their lowest,” Kingsley says. “It’s important to include complex carbs, which provide your body with a slow and sustained release of energy, as well as some protein to help hair grow and strengthen.”

However, there’s only so far that a poached egg on toast can go!

Thankfully, if one good thing has come out of 2020, it’s access to a potential solution. While scientists are still unsure exactly why some men’s hair follicles shrink, they have managed to find treatments that can slow, stop, and even reverse the process. New tele-health services mean you needn’t even leave your house to get access to these treatments.

Pilot is an online healthcare platform that directly connects patients to doctors, through a secure and confidential website. The service was specifically set up to tackle the more stigmatised health issues that affect Australian men such as acne, erectile dysfunction and hair loss.

Visitors to the website are directed to fill out a health questionnaire, targeted specifically around hair loss, which is then sent to one of Pilot’s team of Australian doctors. They personally review all the information that you provide and respond within 24 hours to obtain any further info that they may require.

Then, should you be eligible, the doctor can prescribe you the hair loss treatment that is best suited to you and your situation. Needless to say, the medicines they prescribe are all safe and genuine. Through a partnership with a team of Australian pharmacies, these prescriptions are then sent out in discreet packaging, direct to your door.

“We’ve taken away all the inconvenience and all the embarrassment of a visit to the doctor so there is no excuse,” says Pilot co-founder, Benny Kleist. If only Prince Harry had known!