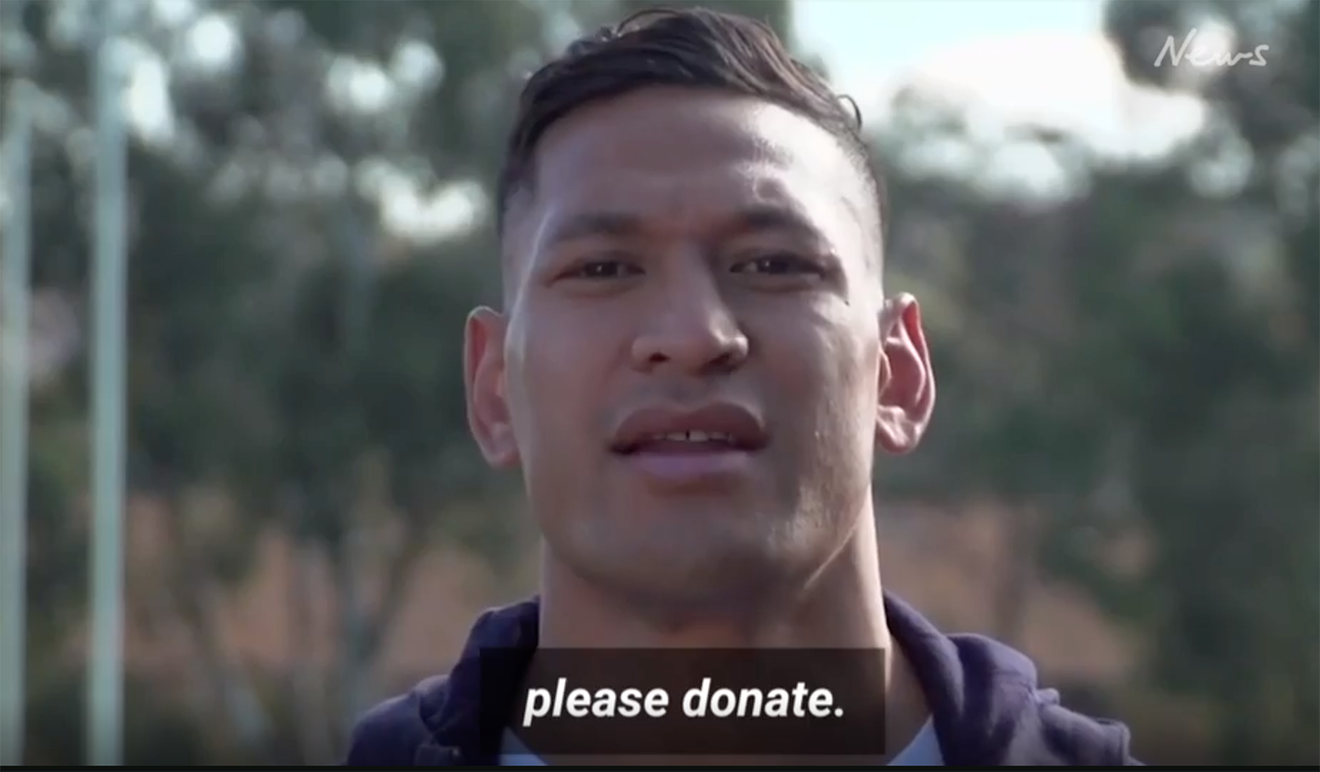 A spokesperson for GoFundMe said after a “period of evaluation”, the site had ruled Folau’s campaign violated its terms of service.

The company said it would not tolerate the promotion of discrimination or exclusion.

“We are absolutely committed to the fight for equality for LGBTIQ+ people and fostering an environment of inclusivity,” GoFundMe’s Australian regional director Nicola Britton said.

The multi-millionaire rugby player set up a campaign asking for $3 million to fund his legal fees to appeal Rugby Australia’s decision to tear up his four year $5 million contract after he posted an anti-LGBTIQ message on Instagram.

Former Wallaby Drew Mitchell was critical of Folau’s campaign saying via Twitter there were more important causes that should be supported.

Folau’s sacking and the campaign have generated significant debate on religious freedom in Australia.