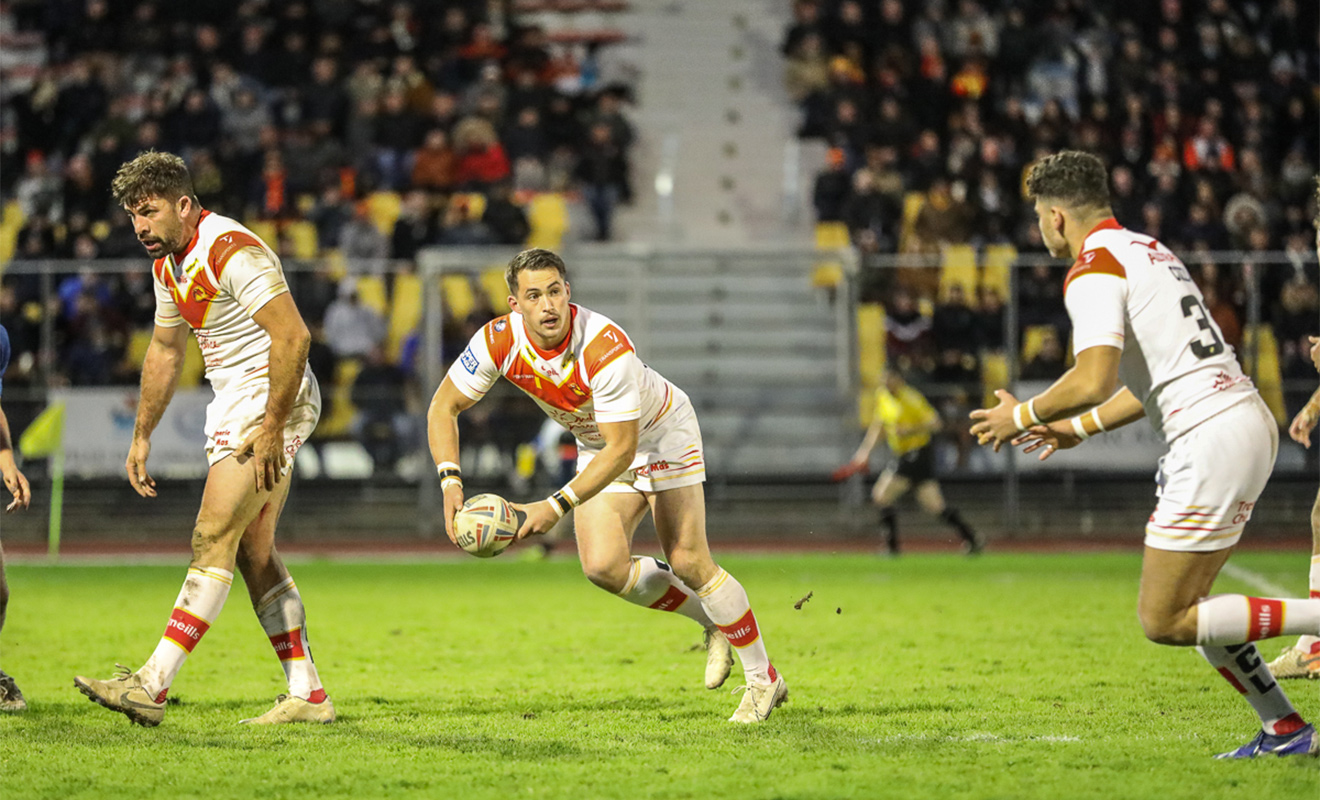 Champion of “religious freedom” and former Wallaby, Israel Folau, has agreed to not publicly comment on his beliefs as part of a one-year contract with French rugby union team the Catalan Dragons.

Folau’s return to rugby will mark the first time he’s run out onto the field since his sacking by Rugby Australia over his homophobic posts on social media.

“We know what he did, it’s the past now and we ask him to keep his opinion for him[self] in the future,” Rey said.

Via a statement on their website the club said Folau’s contract will be terminated if he publicly expresses his religious views.

“We want to give Israel a new opportunity to shine on the pitch. We do not support or agree with Israel’s previously expressed and controversial views which are based upon his sincerely held religious belief. We do not share or condone those views and we are totally committed to our club and our sport being open and welcoming to everyone. We do not believe that those views should be publicly expressed, especially by a high-profile sports person.

We have a signed agreement with the RFL. Any transgression will trigger an immediate termination of Israel’s contract and a substantial fine for the club,” Bernard Guasch the chairman of the Catalan Dragons said.

Folau acknowledged this via the club’s statement saying, “I acknowledge the views expressed by Super League and the Rugby Football League.”

“I’m a proud Christian, my beliefs are personal, my intention is not to hurt anyone and I will not be making further public comment about them. I look forward to my return to the great game of Rugby League with the Catalans Dragons,” Folau said.

In response to Folau’s return to rugby league, Britain’s first openly gay player, Keegan Hirst, said he was “shocked and disappointed” by the signing.

In a follow up Tweet Keegan said there are millions of people practicing religion who are not homophobic.

British Super League team the Wigan Warriors announced their match against the Catalan Dragons on 22 March will be a Pride Day in support of the LGBTIQ community. The club’s players will wear rainbow socks and laces during the match.

“Here at Wigan Warriors we are committed to the core values of Inclusion and Respect. Our community foundation has a long history of supporting local LGBTQ+ groups and initiatives, and we want everyone who engages with our game to feel welcome, valued and most of all, respected.

“Rugby League has a strong history of inclusion, of breaking down barriers and of being a forward-thinking sport. I think that today more than any day that it is vitally important we reiterate that message. We’re looking forward to working with charities, local and hopefully national groups, to make this day a success,” Kris Radlinkski Wigan Warriors executive director said.

In what appears to be an uneasy union the Rugby Football League (RFL) has distanced itself from Folau’s posts made in 2019.

“This is a difficult decision,” the RFL said in a statement, adding that it “deplores the player’s previous comments”.

In a strongly worded statement, Super League Executive Chairman Robert Elstone said the League “deplores the homophobic comments Israel Folau has made in the past, which squarely contradict our sport’s core values”.

“I have sought the opinion of informed voices connected to our game, and the majority share my disappointment that one of our clubs has chosen to sign him,” Elstone said.

Matt Webb, chairman of the Kings Cross Steelers in London, the world’s first gay rugby club, said he was disappointed by the news.

“Well, obviously he was made clear that he was not welcome in the Australian league. It’s sad that they didn’t make it equally as clear that he wouldn’t be welcomed in the European League, but they don’t have a veto over what clubs do,” he said.

“I think we have to watch and wait and see what happens with his behaviour. He’s made a comment that he won’t be making any public comments in the future. His previous and most controversial post — which started all of this — is still live on his Instagram and I think that says huge volumes,” Webb said.