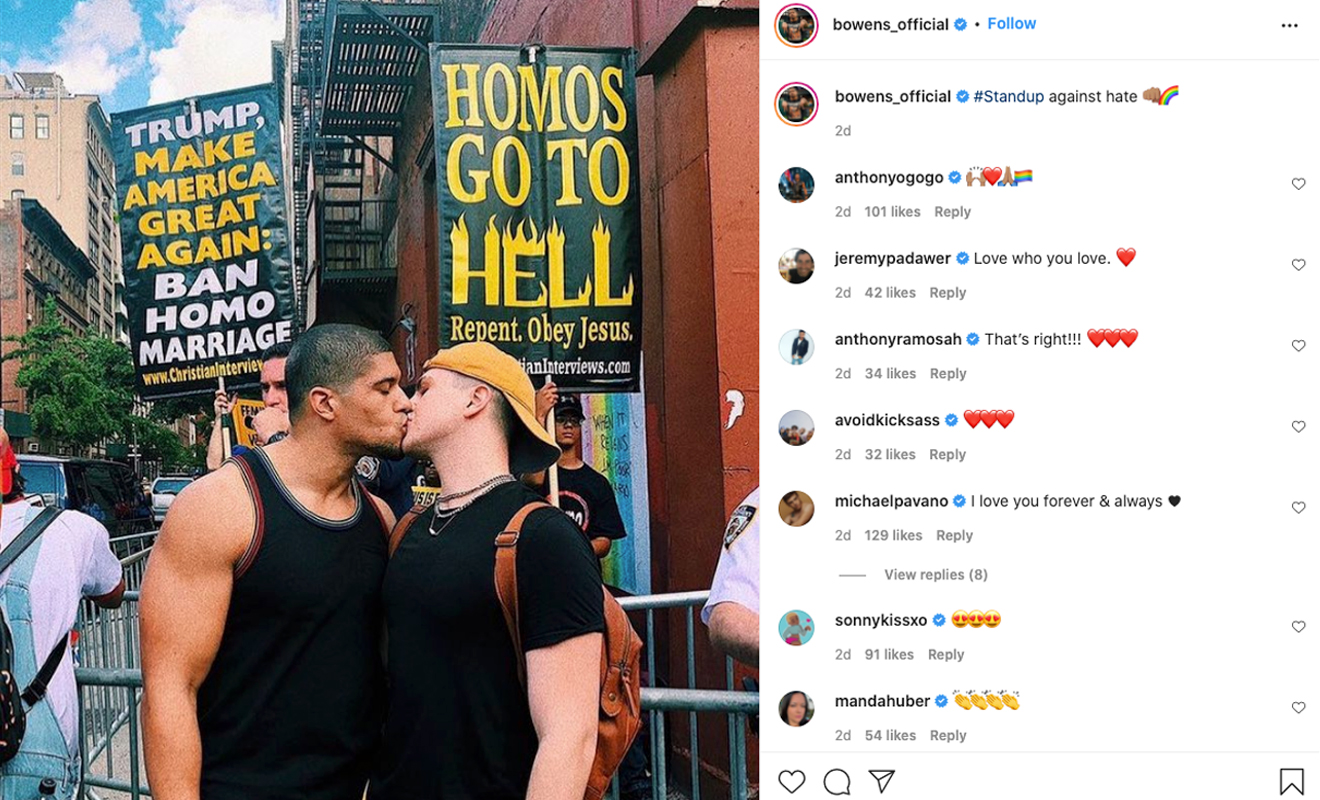 Openly gay wrestler, Anthony Bowens has publicly fought back against anti-gay protestors by posting a photo of himself kissing his boyfriend, Michael Pavano to Instagram. In the post, Bowens is kissing Pavano in front of a group of protestors holding homophobic and anti-gay signs. He captioned the image, “Standup against hate 👊🏽🌈”.

Bowens came out publicly as bisexual in 2016 before later identifying as gay in 2019. In response to his announcement, Bowens said, “Just about two years ago I came out as bisexual which was truly how I viewed myself at the time… however, over the last six months or so I’ve started [to] identify less and less with that label to the point where it doesn’t feel like it’s ‘me’ anymore.”

In an interview with Sports Illustrated upon coming out as gay, Bowens emphasised the importance of representation in sport, saying, “I’m trying to represent all of these people in the most positive way I can… I’m representing the LGBT community and athletes that are LGBT, but even more than that, too. I’m representing the small-town kid who was told he’d never make it… it means something when a person can see someone that looks like them, gets them, and understands what they’re going through.”