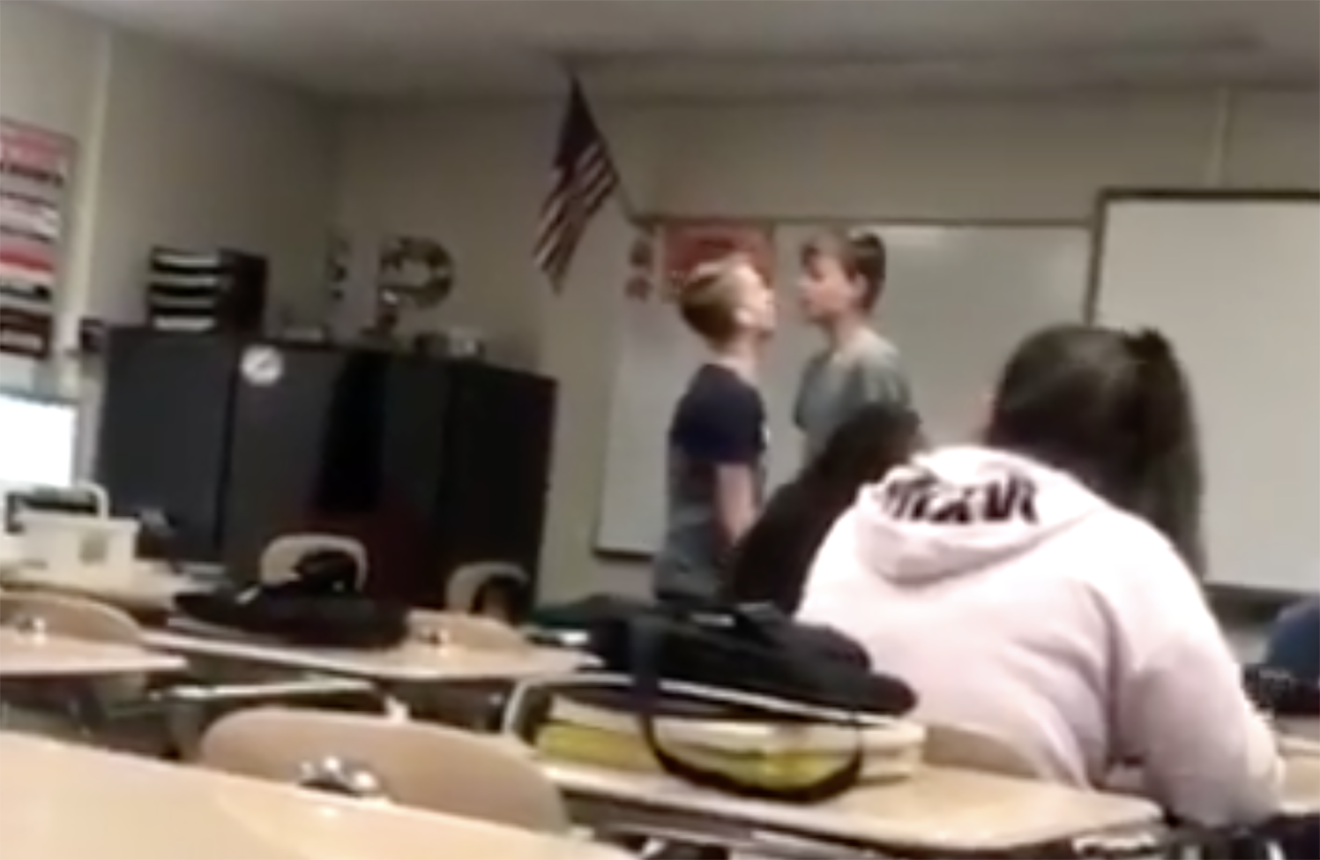 Jordan Steffy, a gay teenager stood up to his bully with an in class confrontation after years of homophobic abuse.

Steffy, who is a student at LaPorte High School in LaPorte, Indiana said the unnamed boy posted a hateful homophobic message about him on SnapChat.

In an interview with Insider Steffy said, “He made an anti-gay post with a picture of me on it saying how he hated gays and a bunch of throwing-up emojis all over it. I walked up to him and said, ‘Why did you post this?’ He said, ‘It was just a post.’ And I said, ‘Well, it’s not just a post. It’s a post about me, saying how you dislike who I am, and I don’t appreciate that.’”

Steffy then punched his bully several times before the fight was broken up.

Steffy posted to Twitter the video of him standing up to the boy in class. He also told Insider he’d been bullied since he came out in 7th grade. He has reported several incidents to school administrators, but “it seemed like I was getting in more trouble for reporting it than I was if I didn’t say anything at all,” he told Insider.

“If I could take it back, personally, but I’m glad I stood up for myself. If you were in my shoes, you’d probably get sick of it and you’d want to stand up for yourself,” he said.

Steffy announced on Twitter that he and the other student were suspended, and that Steffy’s mother is now planning to home school him.

View Steffy’s classroom confrontation and the reaction from the LGBTIQ community who have supported him.