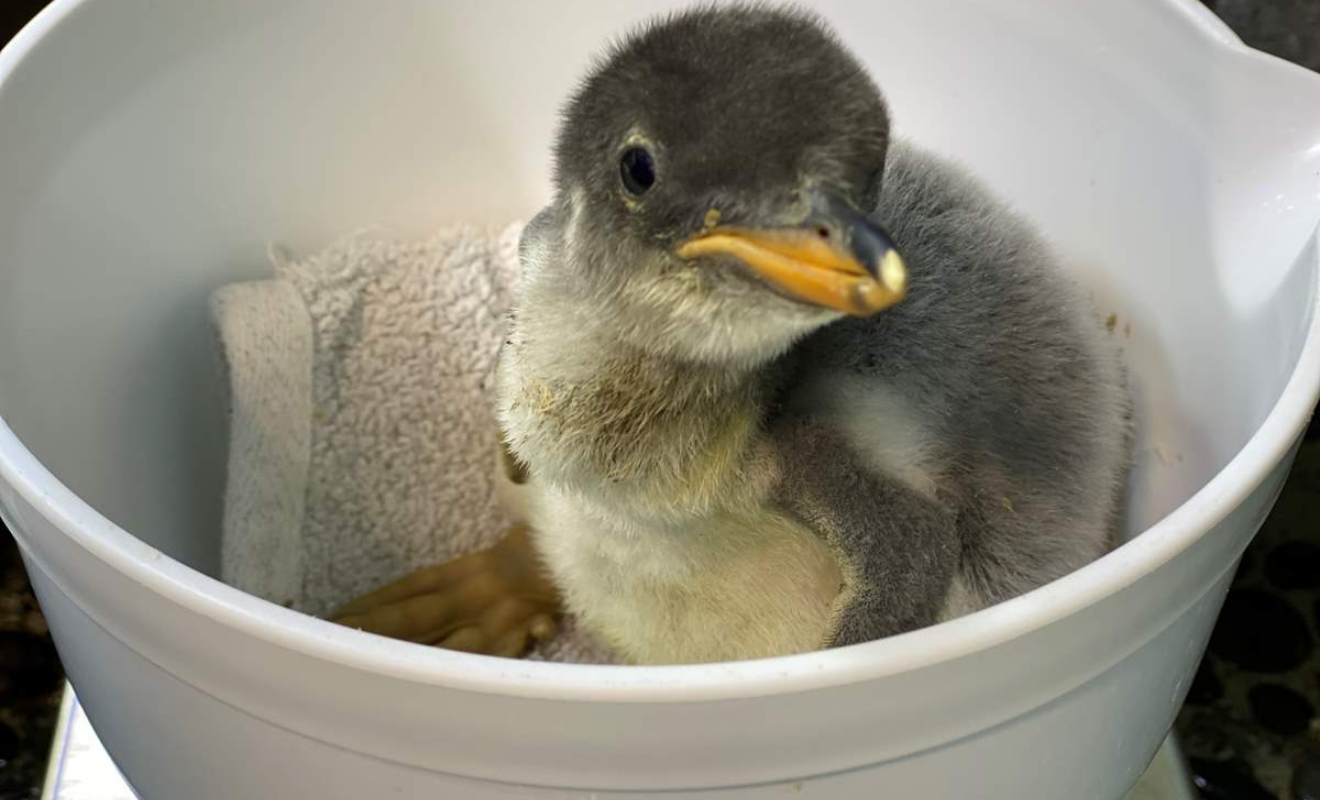 The chick becomes the sibling of the pair’s adopted daughter, Lara, who they successfully raised in their home at Sea Life in Sydney Aquarium Darling Harbour back in 2018.

Kerrie Dixon from Sea Life said 2020 had been a successful breeding year for the Gentoo penguins living at the aquarium.

So good at parenting, Sphen and Magic are the aquarium’s go-to-couple when straight penguin pairs neglect their eggs.

“If one of our pairs has too many eggs or are not good at looking after their eggs we will sometimes foster these eggs out to other pairs like Sphen and Magic. We gave Sphen and Magic an egg to incubate as they have proven to be good parents in the past,” the aquarium said in an interview with the Star Observer.

Sphen and Magic met in 2018 and quickly bonded by taking swims together and becoming a couple shortly after. When breeding season arrived the pair got serious, building a nest out of pebbles, as penguins do. As you’d expect from any gay couple it was on trend, neat and had ample pebbles for entertaining.

The aquarium spokesperson told Star Observer that same-sex couples and courtship were a lot more common in nature than most people realise.

“Penguins, including Gentoo Penguins, are among the many species in which male-male or female-female pairing occur frequently and we are fortunate to have our own male-male pair – Sphen and Magic – here at Sea Life Sydney Aquarium. Just like our other Gentoo parents, Sphen and Magic are attentive and incredibly caring and we feel privileged to have such an amazing duo in our colony.”