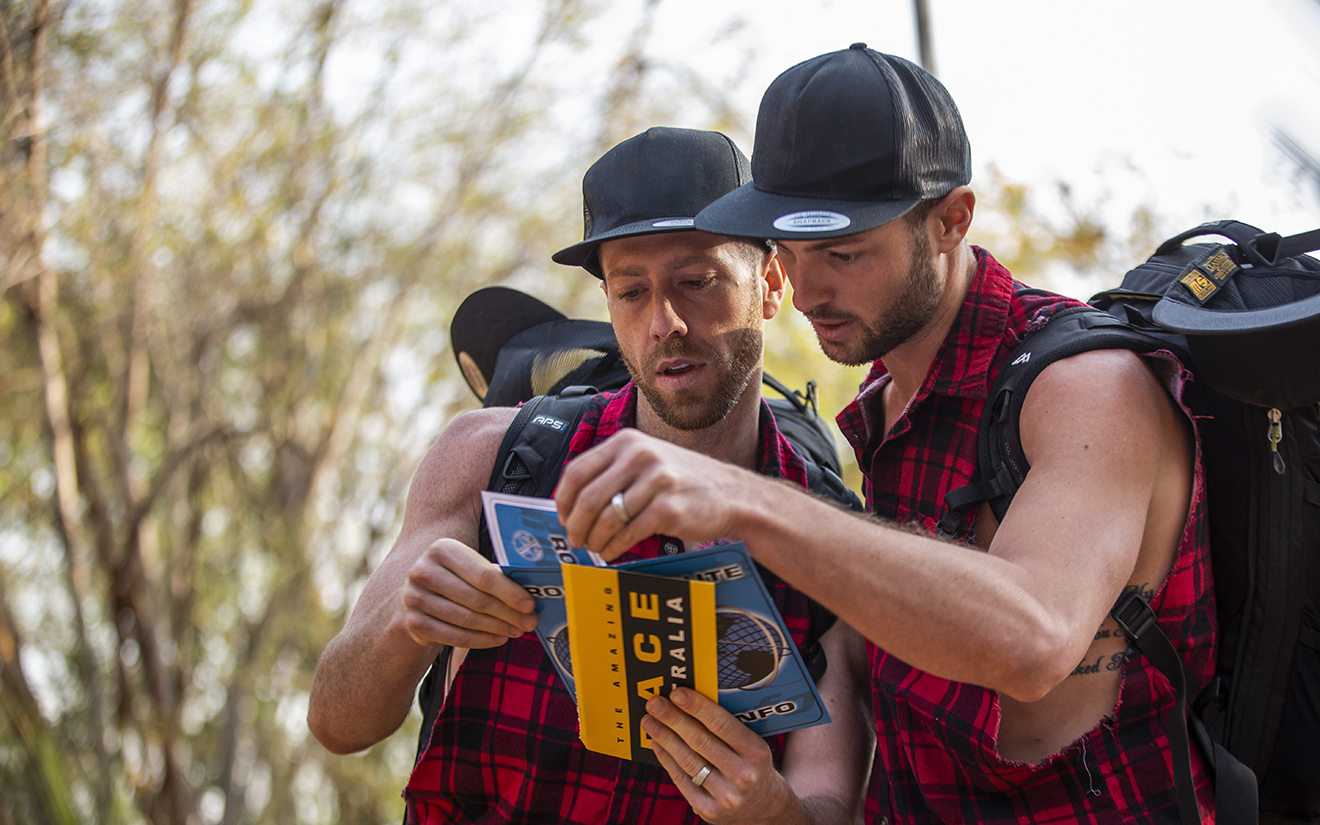 In an interview with news.com.au Tim and Rod said the win “hadn’t quite sunk in yet” but added that they had big ideas for how they’ll be splashing their cash.

“We wanna do some pretty outrageous stuff together,” Tim said.

“We love travelling together so we want to do a truckload more holidays. I’ve always wanted to take Rod to America and do Vegas and Disneyworld with him, and we want to go on a big shopping spree, get heaps of new clothes,” Tim said.

He continued: “Both our cars are rubbish so we want to get two new cars, put some nice stuff around the house, and we want to put some in the bank as well, but we definitely want to live it up, maybe spoil our family as well and take them on a big family holiday,” Tim explained, before Rod butted in with a laugh: “I think Tim forgets that it’s $250,000 not like $3 million.”

Disappointingly for Tim a scene where he got down on one knee to propose to Rod had been cut from the show although it had been posted on the Amazing Race social media.

“We understand the time factor but I am not going to lie, it is a bit sad knowing it is not going to be in it. I would have loved to have that to look back on in years to come as an amazing memory,” he said.

The couple, who are personal trainers, told news.com.au they believed they won because of their solid teamwork and that they didn’t turn on one another when the pressure was dialled up.

“We rarely argue, and when the pressure was on (other teams) would really bicker and argue with each other. We just really encouraged each other to keep going, and that last leg was just so intense and so much pressure, so we just kept each other level-headed to the finish line.”

Tim and Rod had faced and overcome a “U-Turn” inflicted by the other teams in an earlier episode, which they said only pushed them harder towards the prize.

“We just said look, we’ve overcome all these outrageous detours, roadblocks, even that crazy U-turn, we’ve done all that so surely we can take out this prize. Going into that final leg we were just so determined,” Tim said.

When talking about the obstacles thrown the contestants way Tim said he was shocked by how the couples became undone. For he and Rod there will be one moment they won’t forget.

“My least favourite (challenge) was probably milking the goat – it sounds laughable but it was just so hard. No milk was coming out and we thought this is it, we’re going to get out because we can’t milk this damn goat,” he joked.

In an interview with DNA, Tim and Rod said they were “superfans of the show”.

“We were about to race around the world together, and representing the gay community made us proud to be there,” Tim said.

You can read the full interview in DNA #235 available from DNAstore.