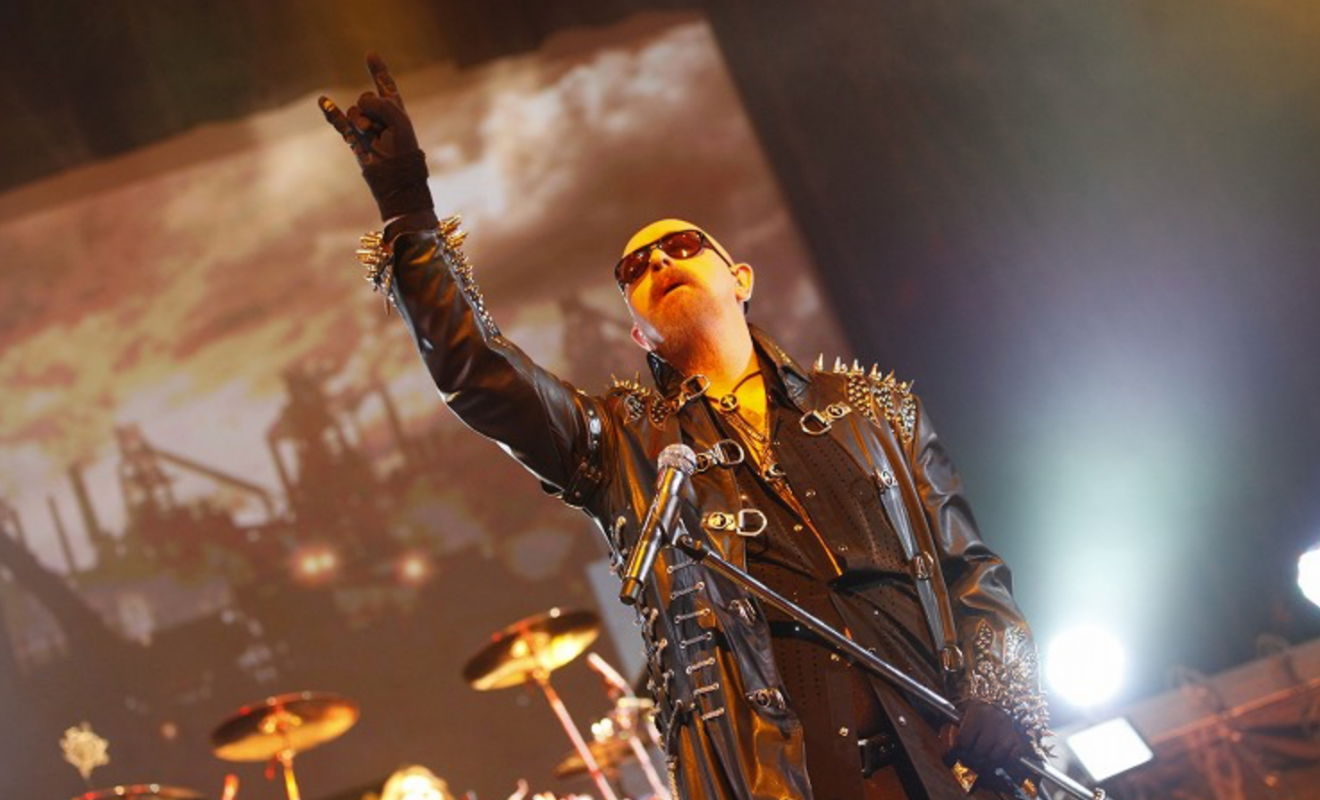 Halford, who came out as gay in 1998, recalls his struggles with hiding his sexuality particularly when performing on stage to tens-of-thousands of “head-banging metal maniacs.”

In Confess, Halford recalls that even though he came out in 1998, he’d actually done so in 1977 with the song Raw Deal, but only one fan noticed. In the song he referenced, “steely leather guys … fooling with the denim dudes” and New York’s Fire Island.

“I thought it was completely overt and obvious, a bald statement of my sexual need for ‘heavy bodies ducking, stealing, eager for some action,’” he writes, but nobody noticed until 1981, when a fan asked him to sign a copy of Sin After Sin and asked, “Is that song, Raw Deal, on this record about gay guys?” He ended up starting a relationship with the fan.

Halford also confesses while his on-stage persona was into leather, he was not that into it in his personal life, although he was once handcuffed to Andy Warhol.

“I had no interest in S&M, domination, or the whole queer subcult of leather and chains,” he wrote. “My sexual preference was for men, sure, but I was — and still am — pretty vanilla.”

As for the Warhol incident, the pair were both at New York’s Mudd Club for a record industry party in the 1970s. Harford recalls Warhol was taking photos of him, and so went up and made small talk.

Halford said Warhol was not much of a conversationalist instead saying, “Oh, really,” to everything — so the singer removed the handcuffs he had hanging from his studded belt. He attached one to Warhol and one to him and told the artist he had lost the key. “Oh, really?” Warhol said. He laughed, undid the cuffs, and they went to Studio 54 where Warhol disappeared into the crowd.

Other revelations in his book include recording tracks with Kylie Minogue’s songwriters and making a pass at the singer of Iron Maiden one night in 1980.

Confess is available at Amazon.