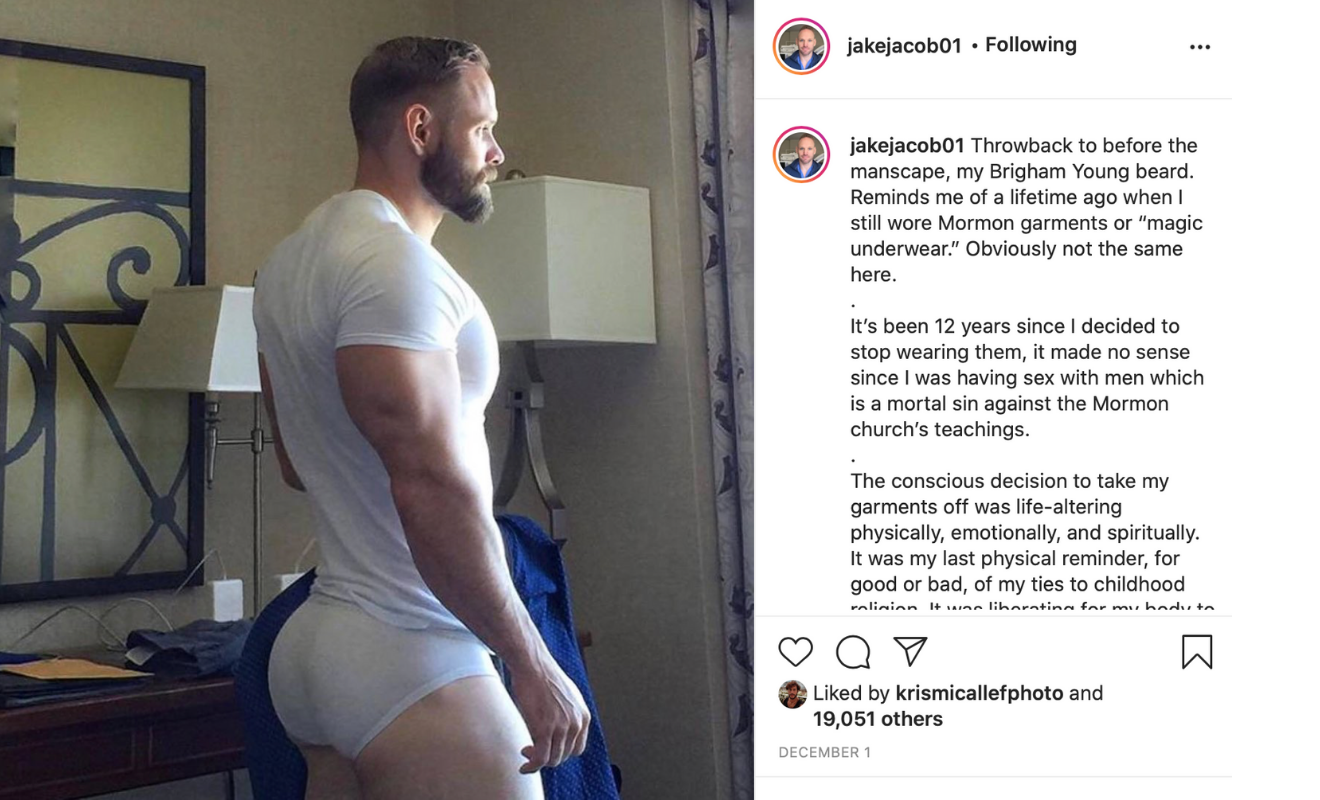 Hunky Jake Jacob, a gay doctor and former Mormon from the United States has posted a steamy pic in his underwear as he reflects on casting off his religious undergarments.

In his post, Dr Jacob wrote about taking off the underwear Mormon religion required him to wear.

“The conscious decision to take my garments off was life-altering physically, emotionally and spiritually. It was my last physical reminder, for good or bad, of my ties to childhood religion. It was liberating for my body to finally remove the oppressive clothing that insisted I always stay covered instead of celebrating the body God gave me. It was also liberating to eliminate the constant reminder of childhood guilt and trauma, like shedding unnecessary shame I’d been carrying for years about who I am and my God-given orientation that I can’t and shouldn’t change,” Dr Jacob wrote.

He continued: “It was a necessary step in overcoming years of conversion therapy that taught me I was broken and somehow God was supposed to fix me if I was righteous enough, an ever-moving impossible goal post.

“I shed the self loathing and disdain engrained into myself with a lifetime of being told I was the equivalent of a paedohphile and a murderer single for wanting the same love heterosexual people enjoyed so naturally in the culture at the time,” he wrote.

Doctor Jacob also described the moment he got into bed for the first time without wearing his temple garment, saying he felt a sense of freedom he had never felt before.

“I could choose how I presented my body to the world, not a corporate religious organisation. It started a journey of loving my own body, embracing my flaws, of actually looking in the mirror and choosing to like what I see without guilt or forced ‘humility’ which I now know was the quest for impossible constant perfection of body and mind.”

The church used to also teach members that same-sex attraction could be “cured” – a dangerous and harmful idea that has been debunked by most major psychiatric bodies across the world.

However, the Mormon church now teaches that “individuals do not choose to have such attractions” and that conversion therapy is “unethical”.