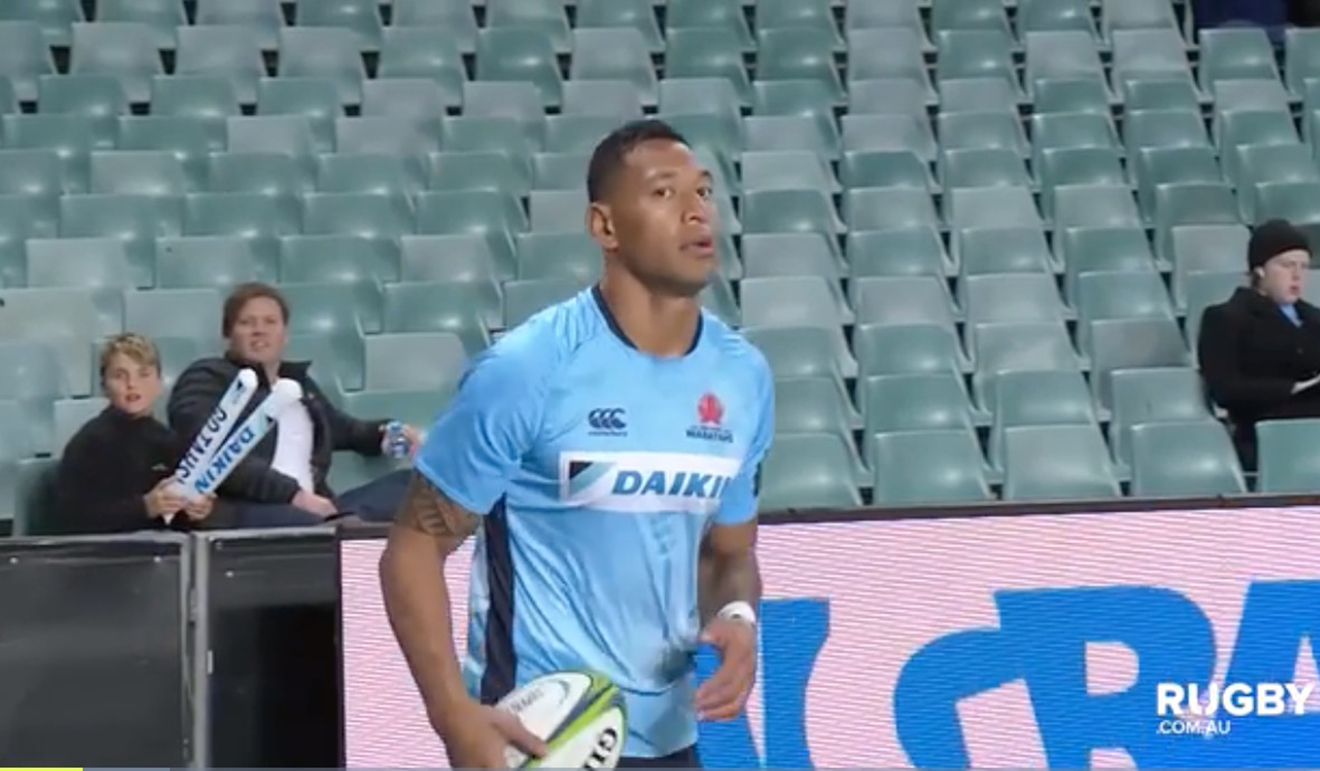 Sacked Wallaby Israel Folau and Rugby Australia have settled out of court following the termination of the former player’s contract in May over a homophobic Instagram post.

In an apparent backdown, Folau said via Rugby Australia that he does not condone discrimination on the basis of sexuality.

“Mr Folau wants all Australians to know that he does not condone discrimination of any kind against any person on the grounds of their sexuality and that he shares Rugby Australia’s commitment to inclusiveness and diversity.” Folau said (via the Rugby Australia statement).

Recently, Folau said in a sermon at his uncle’s church that Australia’s bushfires and drought were God’s punishment for the legalisation of same-sex marriage and abortion.

ABC News reports Folau held a prayer circle prior to entering the mediation. The financial details of the settlement are confidential.

Folau’s fringe hard-line Christian beliefs have sparked a divisive discussion within the community on religious freedom.

In a video posted to Rugby Australia’s website Folau thanked God, and his supporters for their “thoughts and prayers” although did not mention what he will do with the remainder of the $2million+ he raised via the Australian Christian Lobby to fund his legal challenge.