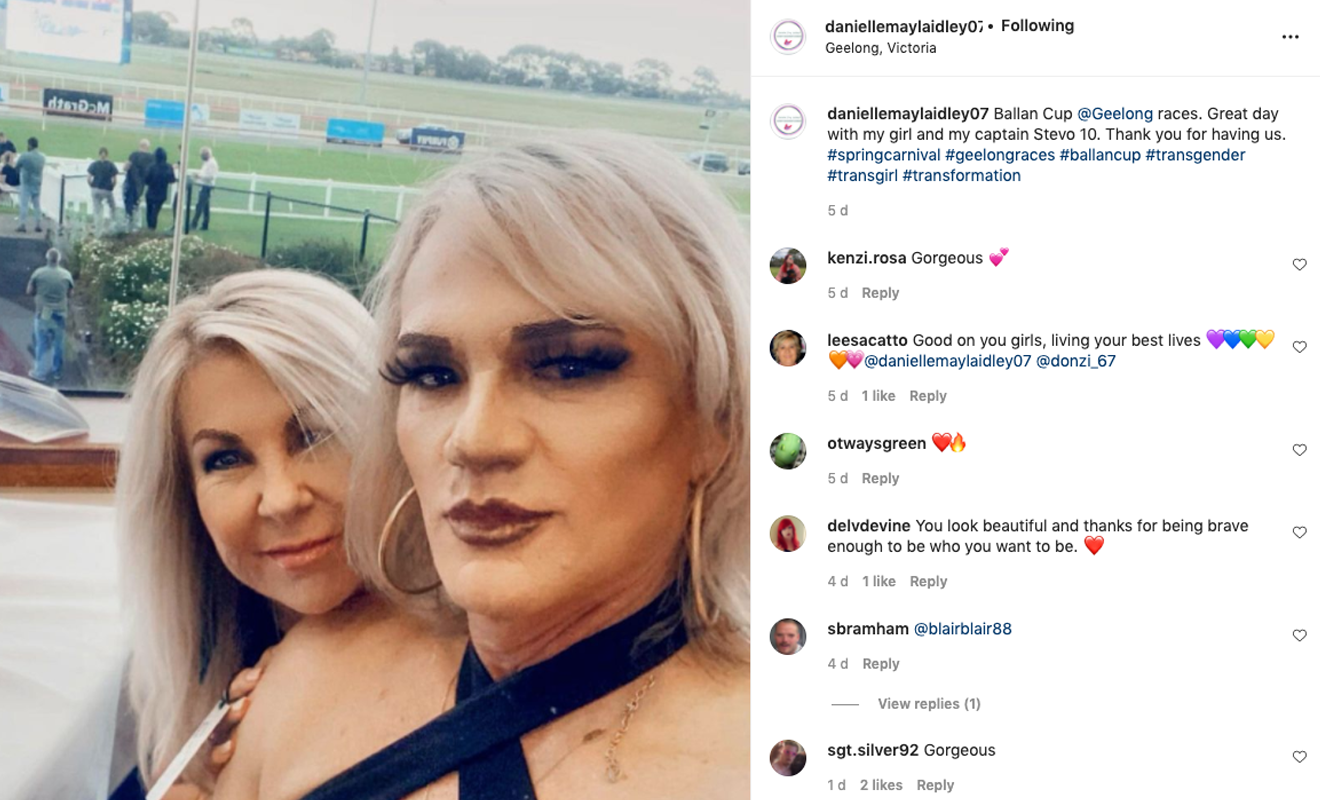 Dani and her partner Donna (Dani Laidley/Screencapture via Instagram)

Former AFL Coach, Dani Laidley, has expressed her disappointment and frustration at a non-consensual and covert photograph being taken of her, that was then circulated by members of the Victoria police alongside transphobic comments, reports The Age. Laidley spent the weekend with friends at Geelong Racecourse attending the Ballan Cup, where she was surreptitiously photographed – The Age have verified that several police officers were involved in the dissemination of the image.

Speaking about the incident, Laidley said, “it’s a shame after such a great weekend in Geelong with my partner Donna and great friend Anthony Stevens to find that once again Victoria Police have potentially engaged in poor behaviour… to find out that a picture was widely shared by members of Victoria Police is very disappointing, to say the least. It goes to show you how much education is still required to allow transgender people to live their lives without barriers.”

In May 2020, Laidley experienced a similar situation after a photo of her being interviewed by two police officers and her mugshot were published on social media within hours of her arrest. In a seven-month investigation by Victoria police, thirty nine police officers have faced internal disciplinary action, with three officers being charged with a number of offences, including misconduct in public office, and unauthorised access and disclosure of police information.

Victorian Police Chief Commissioner, Shane Patton, said police officers would be charged if an investigation showed transphobic comments had been made, but distanced his officers from the allegations. He said, “if the comments are at a standard that breaches our discipline, our code of conduct, we’ll charge them.”

Through her lawyer, Laidley has pointed to the fact that the photos and comments have been made so close to Transgender Awareness Week (Nov. 13 – Nov. 19). King said, “her view is that we all need to support each other and not tear each other down and no-one should have to experience what she’s gone through.”