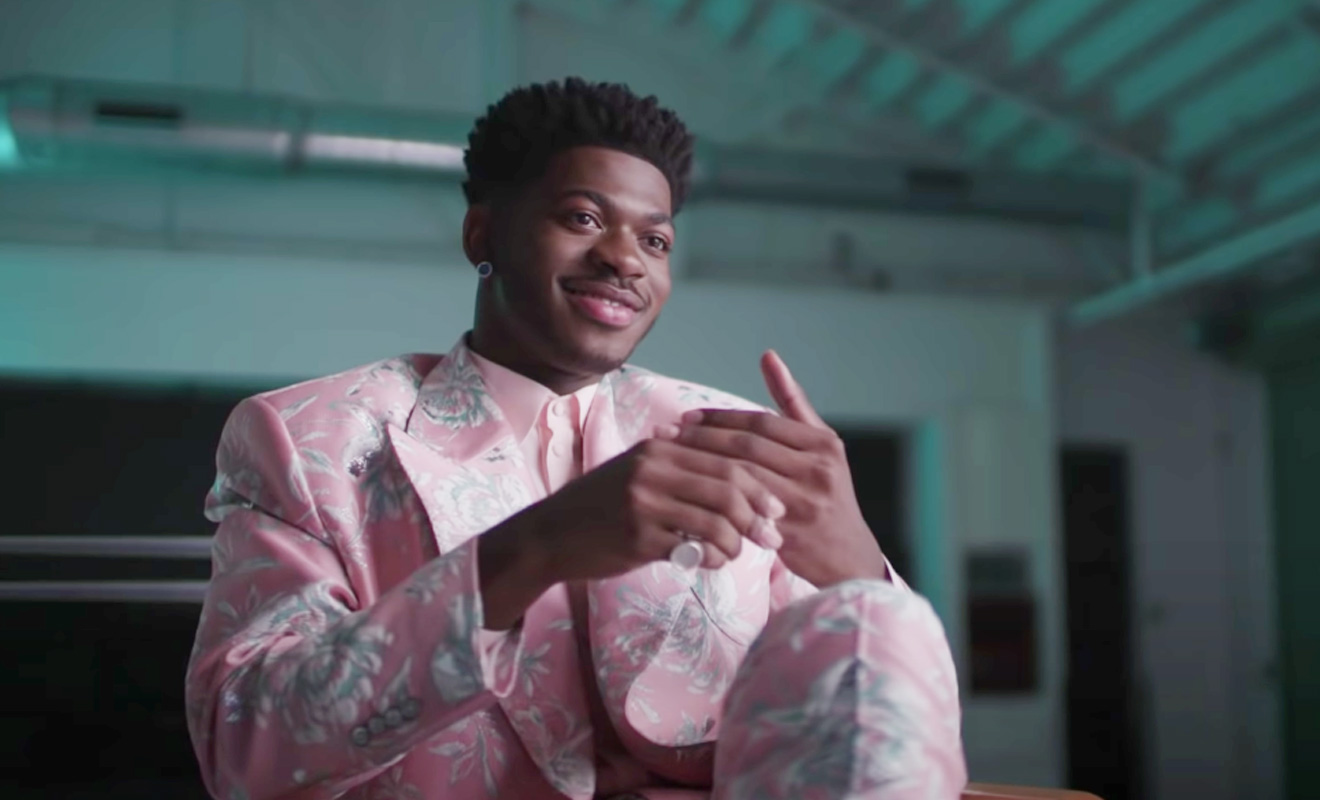 Grammy-winning rapper and all round queer icon, Lil Nas X, has been named as one of GQ’s Men Of The Year, appearing on the cover of their latest issue, reports NBC News. Lil Nas X is named as the musician of the year, alongside NBA star Giannis Antetokounmpo as athlete of the year, and Tom Holland as superhero of the year.

“There’s Going To Be So Many Gay Rappers.”

In an interview posted on the GQ website, Lil Nas X spoke about how rap has evolved in relation to LGBTQIA+ issues and entertainers. He said, “I do feel like this newer generation of rappers who are coming in, and the ones who are here, are going to have to reshape their thoughts. Because change is happening… there’s going to be so many gay rappers. There’s going to be more trans people in the industry and whatnot. Ten years from now, everything that I’m doing won’t even seem like it was shocking.”

Lil Nas X also spoke on the recent controversy surrounding DaBaby’s homophobic comments at a performance, and his own role in breaking down hyper masculine stereotypes. When asked if he thought he was part of this movement he said, “I think that’s certainly true. I’m not going to lie, I feel bad for DaBaby. I hope he grows from it. I hope he’s able to. But I don’t know. The whole landscape is very hypermasculine. It’s so great and so amazing that all these female rappers are breaking through. And, in a way, female rappers are the biggest rappers right now.”

He also said that his version of the “gay agenda” was the acceptance and normalisation of gay people, saying acceptance to him, “looks like a little boy asking his parents at eight years old, can he get some nail polish or try something, and it’s not even a question. It looks like two guys kissing during a performance and there not being anything crazy on Twitter about it the next day. It looks like a little boy who doesn’t want to play fucking football and hang with the girls, and that just being a normal thing. Just letting people exist. Like, that’s gay as fuck.”

Lil Nas X was featured as one of our Sexiest Men Alive for 2021, and most recently in The Music Issue, #262.