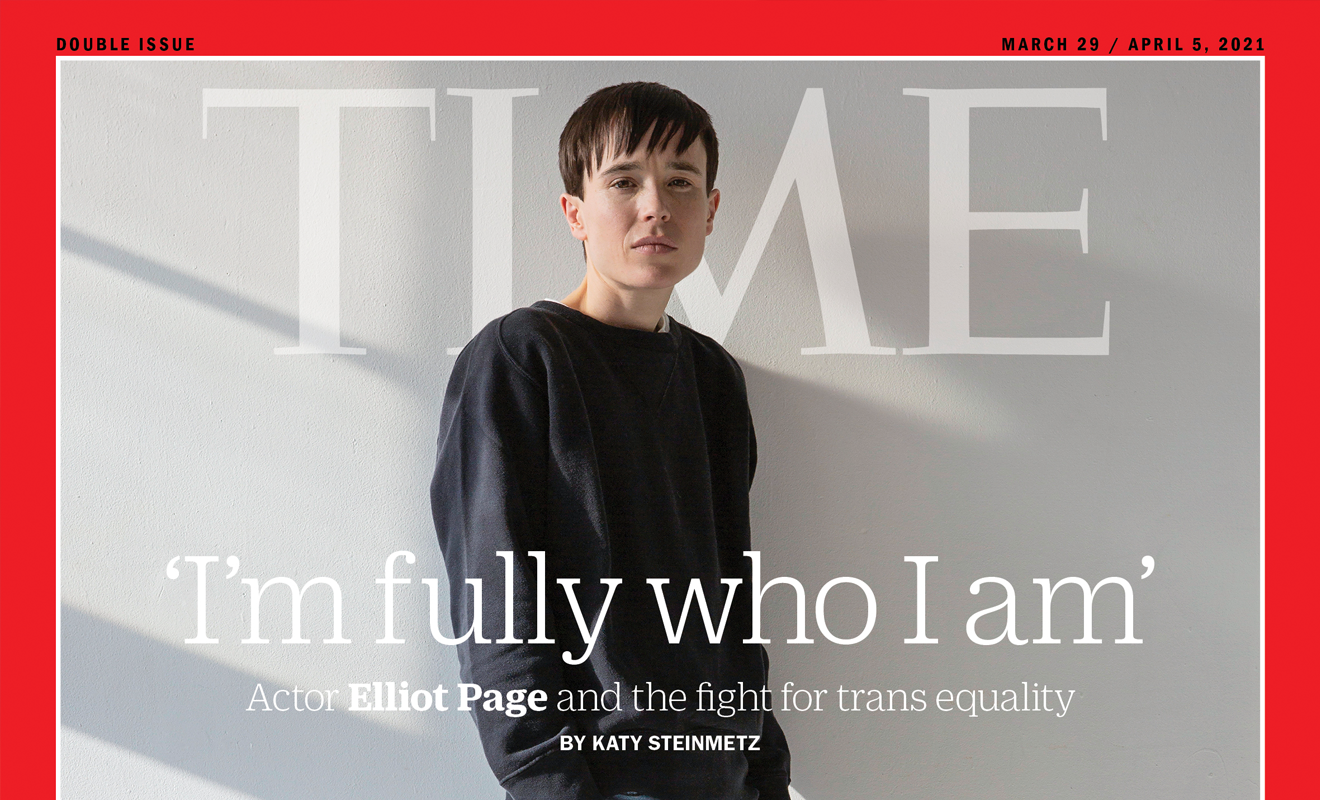 Elliot Page on the March/April 2021 cover of TIME (Supplied)

Not since talk show host, Ellen DeGeneres’ “Yep, I’m Gay” has there been a more historical and iconic coming-out on cover of TIME magazine.

“I’m Fully Who I Am” reads the cover of actor, Elliot Page’s first interview since coming out as transgender.

The 34-year-old Umbrella Academy star says that he is now “fully” able embrace who he is.

In the interview, Page explained that he always “felt like a boy” and “wanted to be a boy” during his childhood.

“I would ask my mum if I could be someday,” Page said.

In 2014, Page came out as gay in a speech at a Human Rights Campaign “Time To Thrive” conference: “I’m here today because I am gay and because maybe I can make a difference.”

In his recent interview with TIME, Page said, “the difference in how I felt before coming out as gay to after was massive… But did the discomfort in my body ever go away? No, no, no, no,” he explained.

Page revealed that he underwent a surgical procedure to remove his breast tissue, also known as a subcutaneous mastectomy.

“It has completely transformed my life,” he added.

Page was recovering from the surgery in Toronto when he announced to the world that he is transgender. In the months prior, the actor said he gave it much thought.

“I had a lot of time on my own to really focus on things that I think, in so many ways, unconsciously, I was avoiding,” he said, noting that “shame and discomfort” led to his decision.

“I was finally able to embrace being transgender,” Page continued, “and letting myself fully become who I am.”