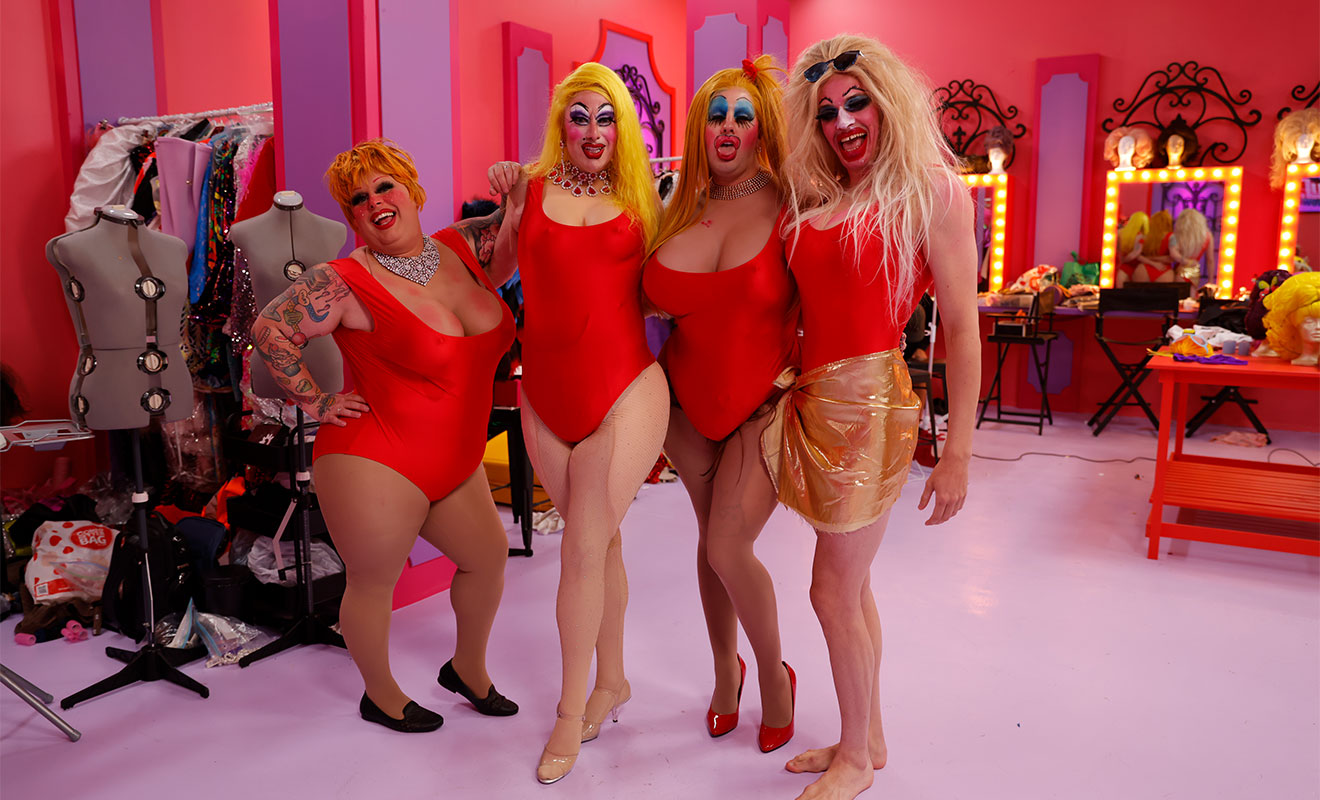 RUPAUL'S DRAG RACE DOWN UNDER (STAN)

It was a fun episode but “that means nothing”… Coco Jumbo danced on Art Simone’s grave, and the girls got shadier.

Coco revelled in her win, having once been told, “you are nothing compared to Art Simone”.  The queens, however, were gagging at her shock elimination last week. It was a real wake-up call. “Best foot forward and closed-toe shoes for the win,” mused Etcetera Etcetera.

The next day, Coco was still bragging about beating Art. “I want to do some quick drag,” she said, but Karen From Finance kicked her to the kerb with, “I thought you’d been doing that the last couple of weeks.”

They found some helium balloons to suck on but, funnily, none of them really sounded any different. At this point in the ep, it was hard to imagine who’d come out on top to fill the void left by Art.

The Mini Challenge was lifeguard drag for a Babe Watch Rescue scene. Simulated slow motion running and lots of jiggling titties almost took a Pit Crew’s eye out. In the end Scarlet Adams and Electra Shock were joint winners, making them team captains for the Maxi Challenge. The girls had to write their own solo verse and create show-stopping group choreography for the debut performance of the new Drag Race Anthem, Queens Down Under.

Apart from the fact that Coco Jumbo and Maxi Shield can’t sing, we also learned that Electra has done it tough of late. She had a dance studio but lost her business, her home and even lived in a garage. She became emotional talking about how confident she used to be and that she wanted to teach that confidence to her students, but her situation took that from her and was also the reason for her often basic drag looks.

Her team mates gushed over how they’ve enjoyed working with her on choreography and it was a touching moment that gave a boost to her lost confidence. Karen, in a moment of sisterhood, hoped that Electra wins this week.

“With Drag Race, you don’t need money to win, you need the fire, the heart and the soul and she [Electra] has got all those things.”

Back in the werkroom, Electra’s confessional moment is replaced with drama and intrigue when Etcetera discovers a hand-written note at Coco’s work station that simply says, “Watch Out”. Who is responsible for this? Did Coco write it herself as some twisted way to illicit sympathy from the other queens? The girls decide that it was probably Art. How long will this green sea-witch haunt the werkroom?

The dance teams were Scarlet, Etcetera, Anita and Coco vs Electra, Karen, Kita and Maxi. With both led by dance professionals, you’d expect some pretty impressive choreography, however, Etcetera felt that in her team she needed to lead, but from behind. This resulted in continual conflict with Scarlet. Coco said Etcetera thinks she’s a good dancer but that’s only because in Sydney, “she surrounds herself with amateurs, so she can really shine”.

All together in the werkroom, Electra started a diva fight with her team, which turned out to be fake as they tried to psych out the other team. A bit lame.

While the tune was catchy and some of the girls wrote some very funny lyrics (Anita’s dry ass pussy serving gran), there were also epic fails (Coco’s no timing, off pitch and simple lyrics). The lewks were all on point and the girls sold their solos. Scarlet’s team had tight choreography and they all shared the stage. Electra’s team started off well but devolved into Electra and her back-up dancers. The judges called her out on this but it was harsher than she deserved. Compare it to Bimini, who did something similar with the UK episode and was praised for it. Was Electra being set up as the next girl to go?

The Runway theme was Bogan (the Australian equivalent of a redneck or an Essex girl) Prom Realness. After last week’s stunning lewks, this was a bit of a yawn, except for a couple of tongue-in-cheek creations. Scarlet won with her Goon Bag (box wine bladder) dress, Goon Bag purse (complete with wine) and menthol cigarette necklace while Coco and Electra were left to fight it out as the bottom two.

The disco classic Shake your Groove Thing was the lip sync challenge and, while Coco has a beautiful face and a dazzling smile, there’s only so many times you can hip roll and snap back and forth across the stage while your opponent is punctuating her performance with pirouettes, splits and death drops. Sashay Coco.

In the workroom, Coco said she’d miss everyone, and named a few queens including “Alexis”. “You mean Electra,” said a producer off camera, to which she replied, “Kudos to you bitch, you kicked me out, so maybe now I’ll remember your $#!@ing name.”

Queens Down Under… shady to the end. See you next week!