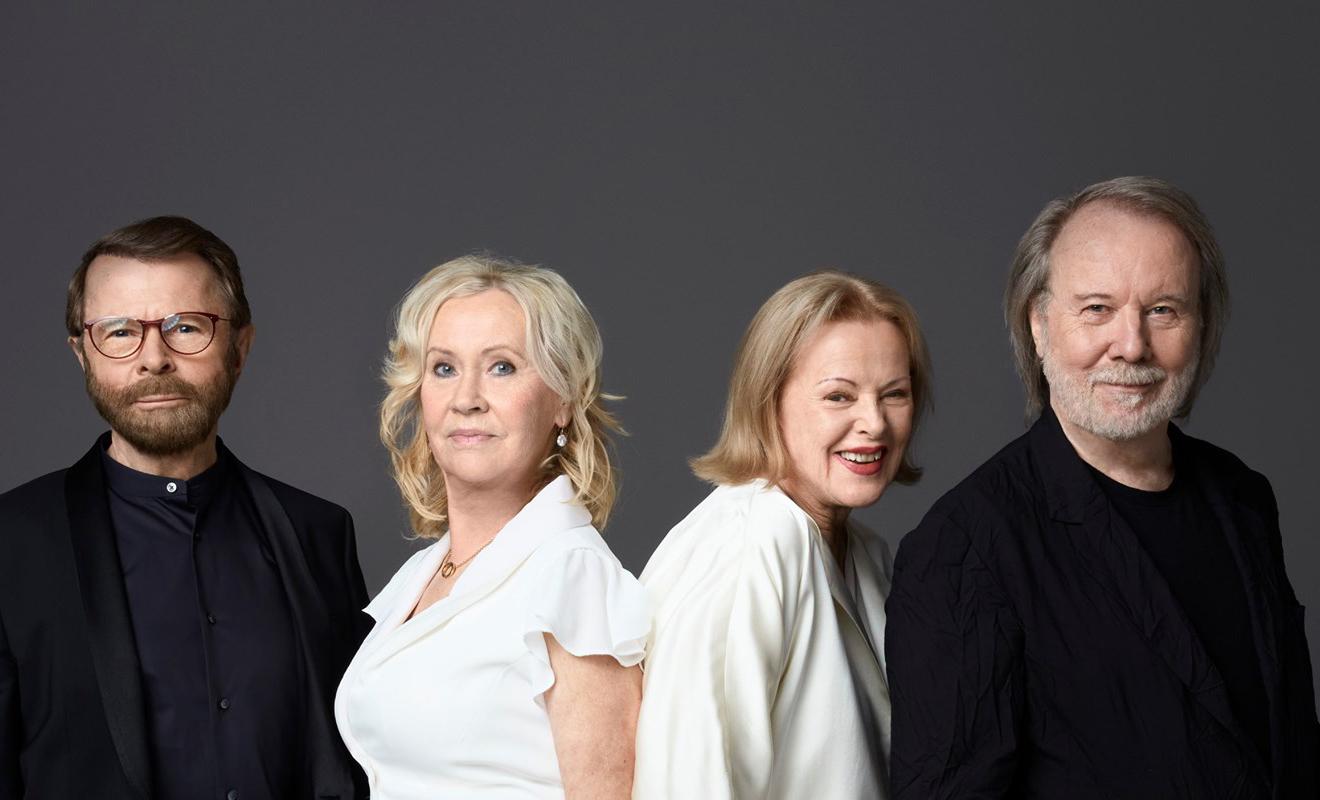 The last time Swedish supergroup ABBA released a new album was in 1981 – 40 years ago! – when the four band members were in their 30s. Now as Agnetha, Björn, Benny and Anni-frid are all pensioned up in their 70s lands their rather belated ninth, and by their own admission final, album “Voyage”.

It comes ahead of their “ABBA-tars” concerts set for London from May 2022. So, have they miraculously managed to recapture the magic of their 1970s heyday when ABBAmania had its arrival in Australia, or is this a journey not worth getting on board for? Lifelong ABBA superfan Marc Andrews cocks an ear to their long-awaited return album for this track-by-track review.

You can also have your say, rating each track from the album in the poll at the bottom.

I Still Have Faith In You

ABBA’s missing 40-year journey as existentialist “popera” deserves its own musical (“Do I Have It In Me”?) revisiting both 1979’s I Have A Dream and 1980’s The Way Old Friends Do. Released as the first taste of this new ABBA era in September, I Still Have Faith In You boasts a choir, sounds like a bombastic 70s Queen track (Freddie Mercury must be smiling somewhere!) and steals its melody from Benny’s soundtrack work. Talk about upcycling! 7/10

When You Danced With Me

ABBA’s most famous song is all about dancing (1976’s Dancing Queen), so it’s cunningly savvy of the Super Swedes to rustle up another tune with “dance” in the title. Muriel in 1994’s Muriel’s Wedding wistfully declared she wanted her life to be as good as Dancing Queen. She probably didn’t envisage, in the midst of menopause, her heroes would compose a singalong jig you could do a spot of riverdancing to in the back of an Irish pub though. 7/10

ABBA never recorded a Christmas song, with the closest being 1980’s Happy New Year, so they’ve now rectified that with Little Things. “When Benny played it for me, I immediately felt ‘This is a Christmas song!’,” Björn explained. Does it have it in it to rival Mariah’s All I Want For Christmas Is You as a perennial festive cracker? Well, it’s a cloyingly mawkish ditty (complete with kiddie choir!) about Christmas morn, but unlikely to be a Christmas #1. 5/10

Don’t Shut Me Down

The biggest hit of the three singles released ahead of “Voyage”, this is Dancing Queen meets 1981’s One Of Us, with Björn’s best lyrics since 1980’s The Winner Takes It All. A yearning Agnetha vocal, a classic ABBA chorus and – just like that! – so bewilderingly good Don’t Shut Me Down deserves a spot on their mega-selling “ABBA Gold” compilation. Likely to be the drag world’s default ABBA song to perform globally from herein on. Yes, it’s that good. 10/10

Originally recorded all the way back in 1978, then unjustly discarded for the Bee Gees-esque and ultra-discofied Summer Night City as a single instead. Was the jolly upbeat message in Just A Notion about meeting someone new a little too close to home as Agnetha and Björn prepared to tell the world they were divorcing a few months later? Yet with a new backing track that’s pure 1950s good ole rock’n’roll this will be your Gran’s fave track on Voyage. 8/10

I Can Be That Woman

The last time ABBA wrote a song with the word “woman” in the title was 1977’s One Man One Woman which read like the diary of a mad hausfrau. This time round Agnetha takes on the role of a woman who has hit her rock bottom complete with fluffy puppy called Tammy (!) on a rather sluggish ballad. This tale about “wasted years” might have worked better as a country music ditty, yet it’s pure ABBA at their most melancholy. Keep some tissues handy! 7/10

Keep An Eye On Dan

“You have divorced someone, then you have your existence around the child that you share,” Björn revealed about this track, “the very moment when you leave the child. I think many people recognize that. I myself have been through it, of course, it comes from it.” Yes, it’s ABBA engaging in more tortured pop, though again those raucous rather unnecessary rock guitars intrude. That said the knowing nod at the end to ABBA’s 1975 S.O.S. hit is genius. 7/10

In 1978 ABBA recorded a goofy ditty entitled Free As A Bumble Bee, later reusing the melody for 1984’s I Know Him So Well from the Chess musical with Tim Rice. This is a new Bumblebee all about “the vulnerable nature that we are talking about now,” according to Björn, “how species die out and how to watch a bumblebee under a blue sky on a summer day.” A quaint sentiment, with pan pipe echoes of 1976’s Fernando, but no ABBA classic. 7/10

No Doubt About It

Benny was recently asked what the secret to writing a great pop song is and his response was “it has something that you don’t expect”. Although time will tell whether this song is added to ABBA’s grand arsenal of greats, it is undoubtedly surprising to hear ABBA rocking out like they haven’t since perhaps 1979’s Does Your Mother Know. With a whiff of a forgotten B-side, here’s where Benny’s early love for synthpop is definitely needed. Time for a remix! 6/10

How do you finish off what is going to be – noooooo! – the last ABBA album ever? With a tribute to finding peacefulness in yourself, with others and the world. “What freedom is, is very difficult to understand and there are any number of definitions,” Björn clarified. “So I wish in the song someone would write an ode to freedom that was good.” Like a grand Swedish national hymn this is a stirring way to finish “Voyage” on an almost classical high. 8/10

ABBA’s final album, 1981’s “The Visitors”, was a mostly gloomy, synth-pop affair centering on the Cold War, divorce and threesomes (yes, really!). On what is effectively its follow-up, “Voyage”, there are tales of leaving children behind post-divorce, cleaning up your life’s mess to deal with sobriety and an examination of the future of the planet as seen through the vision of a simple bumblebee. If you were looking for a collection of love songs then you came to the wrong place, Fernando/Chiquitita!

During this 10-year run at the top ABBA were very much considered an singles act and indeed their biggest – if not greatest – album is 1992’s “ABBA Gold” which collected most of the quartet’s best-known hits together in the one place for a slice of pop perfection truly unequalled. This album again underscores that the greatness of their singles is not something that can be always be spread across an entire album.

The futurepop synths and pulsating dance beats of their last few years of the early 1980s are regretfully missing here, replaced with lots of slow, or plodding tunes, many of them with a rockier edge than you might expect from ABBA. Are the four members of the band just simply too old to get down and disco these days? Get up out of your rocking chair, Grandma!

Another criticism it’s that this “Voyage” is primarily a Björn/Benny project with the only contribution from Agnetha and Anni-frid (both of whom have been songwriters in the past on their solo albums) being their voices, but…Oh! Those! Voices!…especially when the girls sing together to create that renowned ABBA “third voice”. There is little in pop, or perhaps even life itself, that can match its beauty, harmony and perfection.

This “Voyage” is both a fortuitous gift and a fond goodbye; one last hurrah before ABBA depart forever leaving only their “ABBA-tars” behind (surely that rumoured third Mamma Mia! movie musical can’t be far off now with all this new material!). It’s fair then to say we’ve all had the time of our lives to ABBA’s music and probably will continue to do so even in their absence. ABBA, welcome back with “Voyage” and, blub, farewell. 7/10 (based on the averages from all 10 tracks)

DNA #262 is also our music issue, you can check it out here!