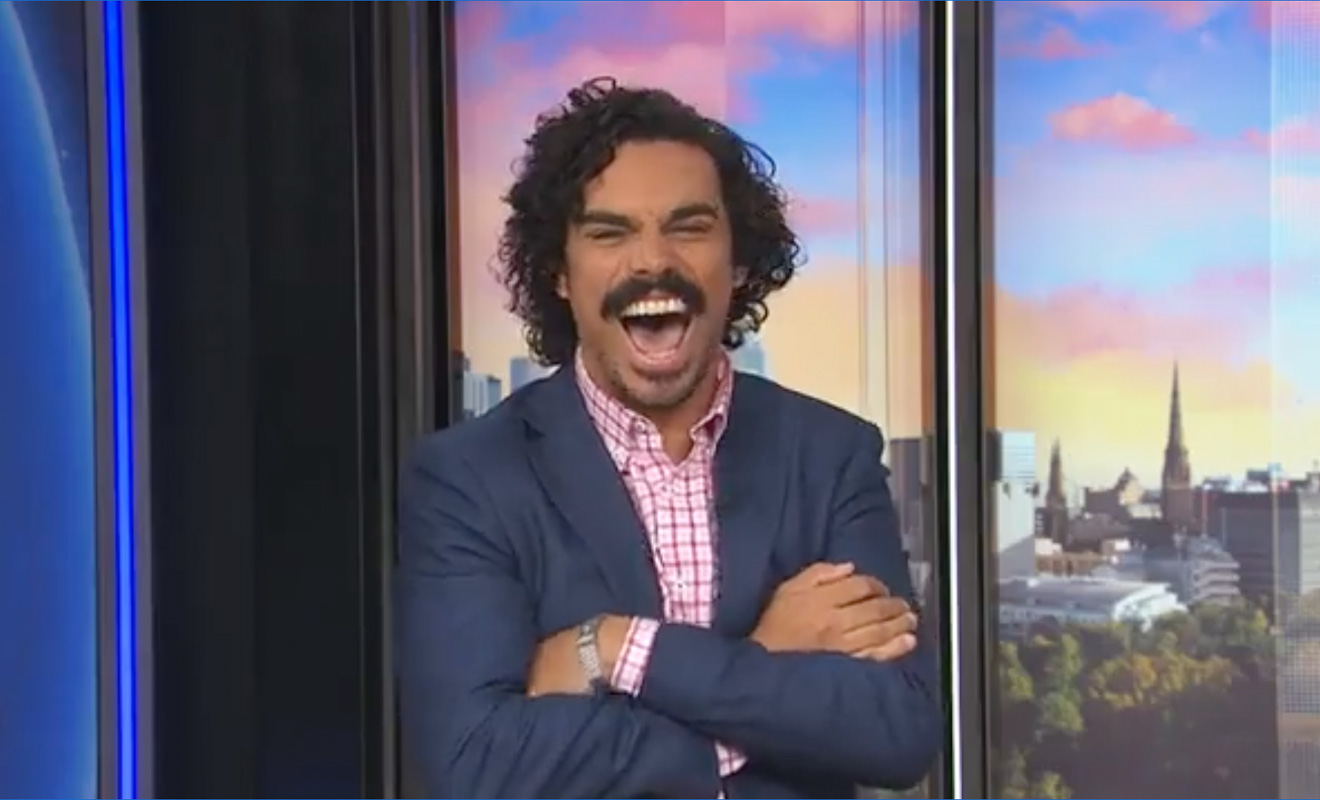 If there weren’t enough reasons to love Tony Armstrong, he has provided us with another reason to smile – a live on-air “Bulging Dick” comment which left his co-hosts (and the rest of Australia) in hysterics.

While talking about Tim Paine the captain of the Australian Cricket team and his upcoming neck surgery, Armstrong misspoke and said, “Paine has a bulging dick that has… bulging disc that has been causing him pain”.

It’s not uncommon for TV reporters to slip-up when live, and we love Tony for his ability to brush past being embarrassed and see the instant fun to be had with his mistake. When host Michael Rowland asked to move to weatherman Nate Byrne, Byrne said, “Why me? Don’t bring me into this! Is my mic working? I hope not”.

Tony is the sports presenter for ABC News Breakfast, and is a rising star in Australian television. With charm and charisma brings a sense of fun and joy to every project. Tony also made it into our Sexiest Men Alive 2021 list, which is available in DNA #260.

His gaffe shows us one thing for certain, and that is News Breakfast’s audience loves Armstrong whether he’s talking about bulging dicks or bulging discs. The reactions online have varied from delighted to the thirsty!

Tony Armstrong is featured in our Sexiest Men Alive List 2021. You can read about why he made the cut in DNA #260.

If you’re interested in meeting like-minded people, Fitafy can help you find your fit!