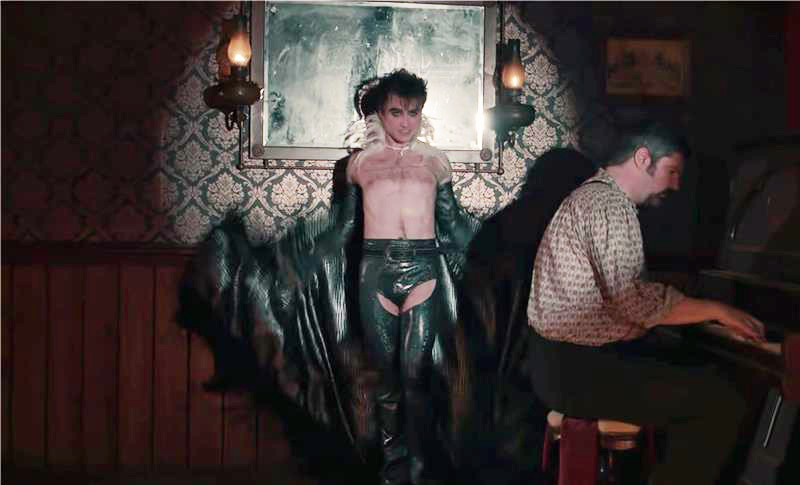 Watching Daniel Radfcliffe’s career has been a chaotic ride for fans who cherished the Harry Potter series. The actor has undoubtedly worked hard to prove his range, and after his latest performance in Miracle Workers, there’s no doubt that Radcliffe has more up his sleeve than any of us could have expected.

Miracle Workers is an anthology series that follows a core cast of actors and has delivered three seasons of comedy gold. The first season saw Radcliffe play Craig Bog, an angel working in the prayers department in heaven alongside Australian actress Geraldine Viswanathan who played Eliza Hunter.

Season three is set in the 1850s on the notorious Oregon Trail and follows a smitten Reverend Ezekiel played by Radcliffe as he crushes on companion Prudence Aberdeen played by Viswanathan, reports Junkee.

According to Junkee, episode 4, titled What Happens In Branchwater sees the travellers arrive in a town that is infamous for its debauchery. The premise of this episode is that Prudence seeks to let loose and have fun in the town as Reverend Ezekiel attempts to impress her by joining in.

In an unexpected twist, Radcliffe’s character performs a high camp, fever-dream musical number in glittery assless chaps to She’ll Be Coming Round The Mountain.

The reactions from fans of the show has been enthusiastic to say the least. In a show that’s known for having moments of pure ridiculousness, the writers have taken it to a whole new level; we are so grateful they did.