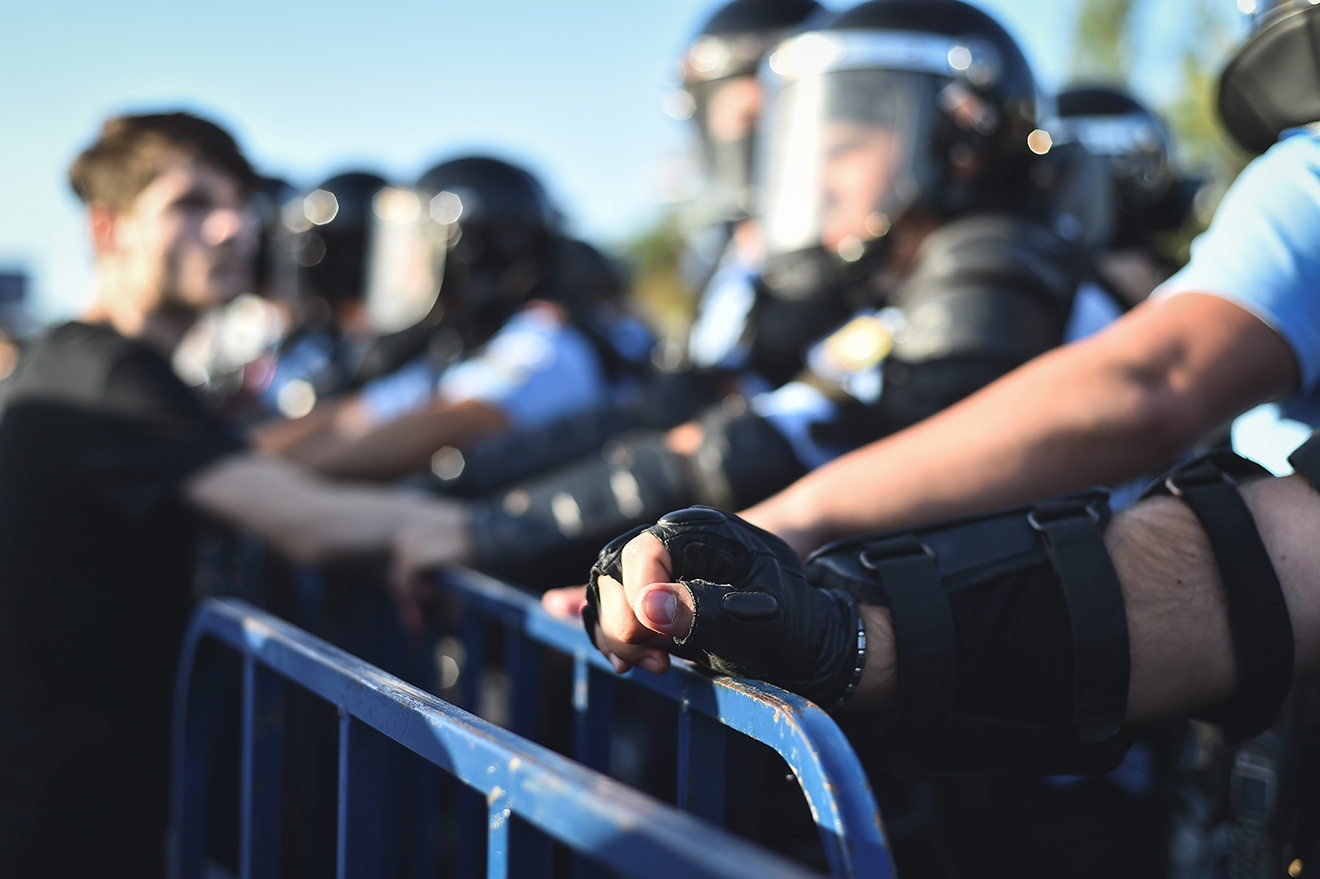 The event, organised by Super Happy Fun American, included Milo Yiannopoulos, who told the crowd, “Add the S to LGBTQ!”

Thousands of people videotaped the marchers and exchanged chants as a float with giant letters saying, “Trump built the wall” moved down the streets.

Despite denying being anti-LGBTQ, the organisation allowed several people to the mic to complain about “LGBTQ curriculums in public schools” and children being gay. People wearing MAGA hats and “How can I offend you?” shirts cheered.

Some featured speakers had ties to a far-right organisation, the Proud Boys, which has incited violence. Straight Pride’s co-organiser, Mark Sahady, was the brains behind a free speech rally in 2017 that brought a tiny group of white nationalists to Boston. He is connected to an alt-right group, Resist Marxism.

Counter-protesters were cordoned off but one man screamed: “Boston hates you!”

In the counter-protest, people drew rainbows and positive messages in chalk and danced to tunes while cheering on drag queen, Just Jp.

Thirty-six people were arrested, most counter-protesters. There were four injured officers, police said. A spokesman declined to provide a number of officers providing security.