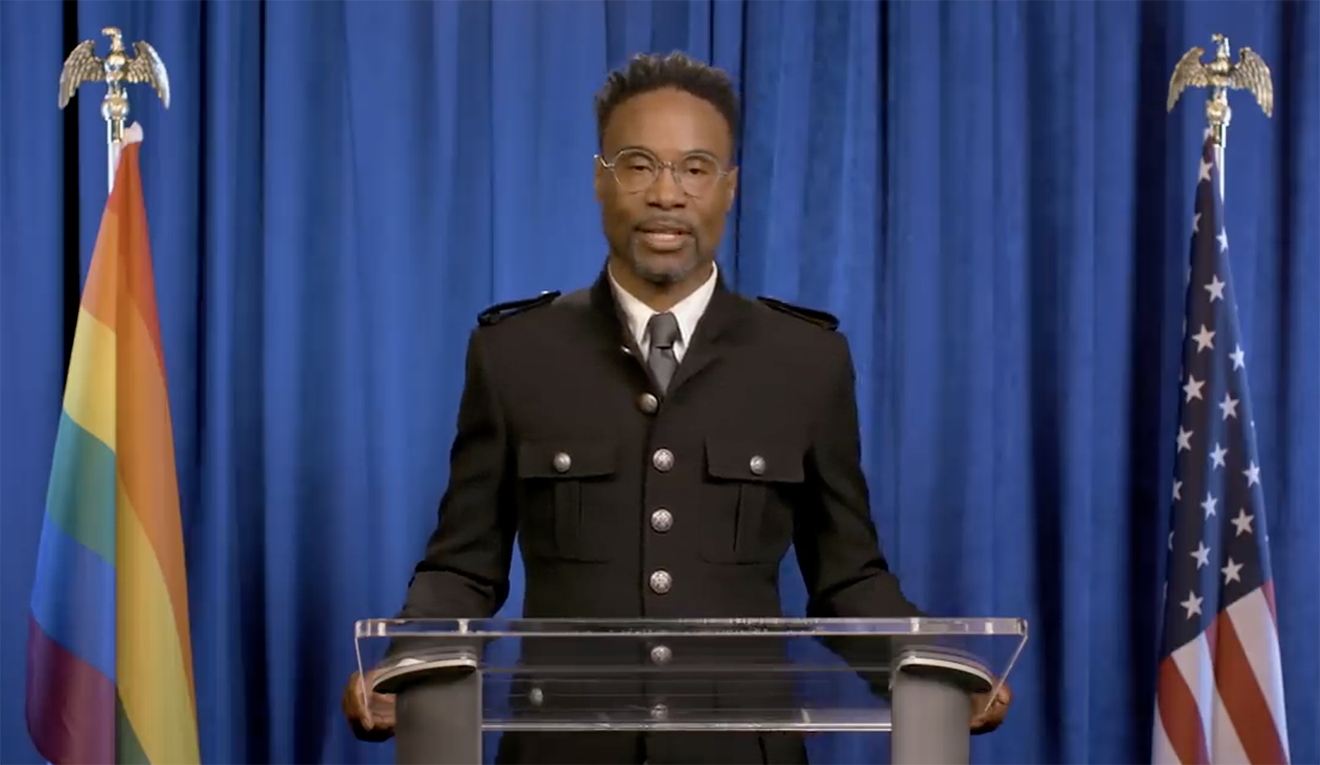 Hours before President Trump is due to give his third State Of The Union address, openly gay actor Billy Porter gave his own that focused on the LGBTIQ community.

Aired by tv channel Logo, Porter spoke about the challenges faced by the LGBTIQ community in 2020.

“Last year, I told you that the state of our union is strong,” he said in his opening. “While it certainly has been battered, our union is far from broken. Now, in 2020, our responsibility as citizens has been more evident,” Porter said.

Porter also urged viewers to vote in 2020 to help end one of the biggest crises of my lifetime: Donald Trump’s presidency.

The Pose star laid out Trump’s actions since taking office that have negatively impacted the community, including his ban on transgender people serving in the US military “with a tweet,” his backing of the “conscience rule” that would have allowed health care professionals to refuse to perform medical procedures on LGBTQ people due to religious beliefs, and his administration’s proposed rule change that would allow single-sex homeless shelters to turn away transgender people.

“Donald J Trump has painted himself as a friend of the LGBTQ community, while revealing his true colours at every malicious turn,” Porter says in his address, going further to point out the surge in hate crimes over the past year and the more than two dozen transgender people killed in 2019.

“This heinous violence against trans people, which disproportionately affects trans women of colour is nothing short of an epidemic. We must confront it as a community and as a country, and we must elect officials who recognise it for the crisis that it is,” Porter said.

Porter also spoke about the setbacks and the victories the LGBTIQ community experienced around the world.

Porter also noted the progress made around the world in the last year, including Brunei’s reversal of a law that would punish gay sex with death by stoning, Brazil’s criminalisation of homophobia and transphobia, and the legalisation of same-sex marriage in countries including Taiwan, Ecuador and Northern Ireland.

In closing his speech, Porter reminds viewers that the fight ahead would be difficult, but that the LGBTIQ community has the power to persevere.

“Remember that we have far more that connects us than sets us apart,” he says. “So, love one another, take care of one another, and let’s secure the future for those who will inherit it. In the words of the great James Baldwin, ‘Not everything that is faced can be changed, but nothing can be changed until it is faced.'”

Watch Porter’s full LGBTQ State of the Union below: