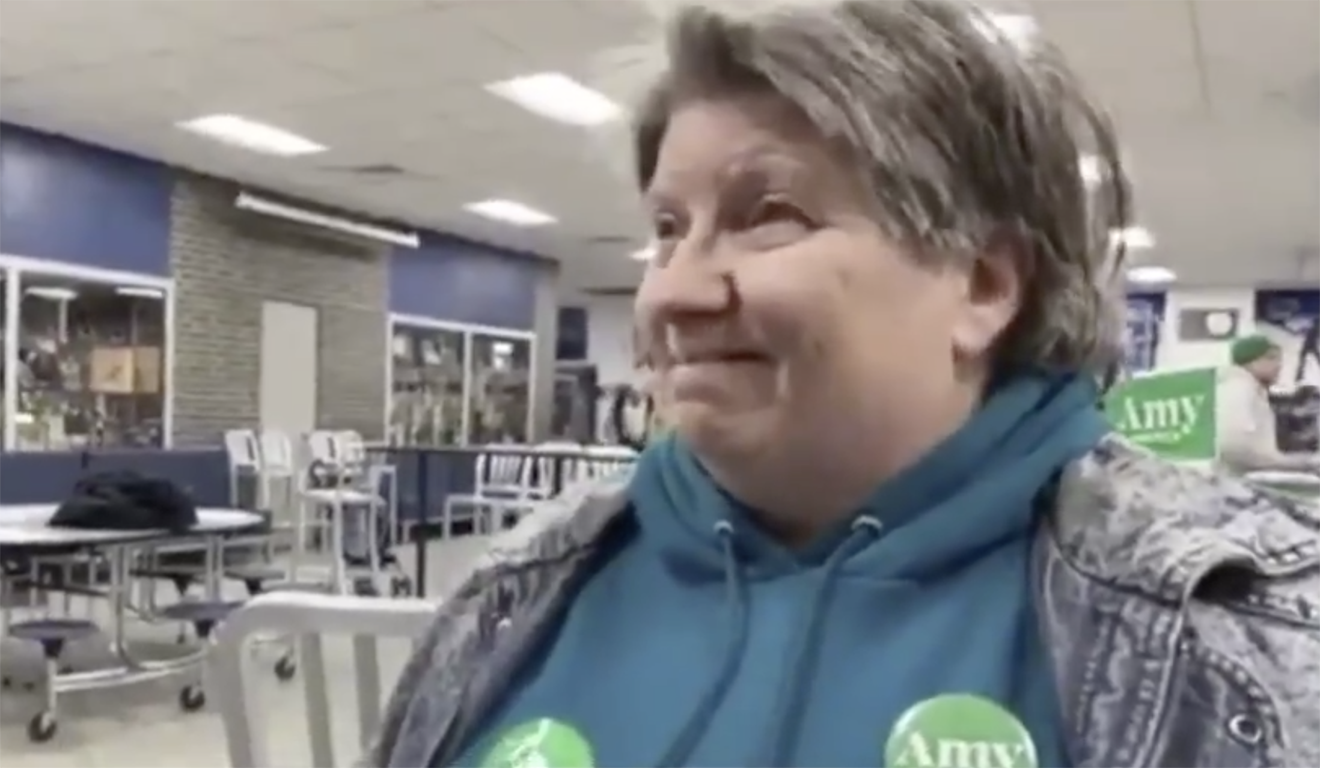 In a conversation caught on camera, an Iowa caucus-goer who voted for Pete Buttigieg asked to change her vote after learning he is gay.

“Are you saying he has a same-sex partner? Pete?” the unnamed woman asks. “Are you kidding?”

When the woman is told Buttigieg is married to his partner, Chasten, she says, “I don’t want anybody like that in the White House.”

“So, can I have my card back?” she asks, referring to her caucus voting card.

Van den Heever tells the woman she is unsure of the rules on rescinding her vote. She then asks the woman about her views.

“The whole point of it, though, is that he’s a human being, right? Just like you and me, and it shouldn’t really matter,” van den Heever said.

When the voter brings up the Bible, van den Heever says Buttigieg does read the Bible and believes God doesn’t choose a political party. The woman says that according to the Bible, a man should marry a woman. “Well, I totally respect your viewpoint on this… but I think that we were not around when the Bible was written,” van den Heever replies.

The woman who was unaware Buttigieg had spoken of his experience coming to terms with his sexuality and how he’d met and married his husband, Chasten. Van den Heever and another voter standing nearby told the woman it was “common knowledge.”

Then van den Heever told her, “I guess what I would like you to do is just dig deep inside and think, should it matter if it’s a woman or if it’s a man, or if they’re homosexual or heterosexual, if you believe what they say?”

When the woman retorts that “it all just went down the toilet,” van den Heever continued to keep her cool, saying the voter is entitled to her opinion.

Van den Heever is now being praised for how she handled the situation. Filmmaker Annabel Park, who shared footage of the interaction on Twitter, called van den Heever’s reaction a “masterclass in patience, persistence, and love.”