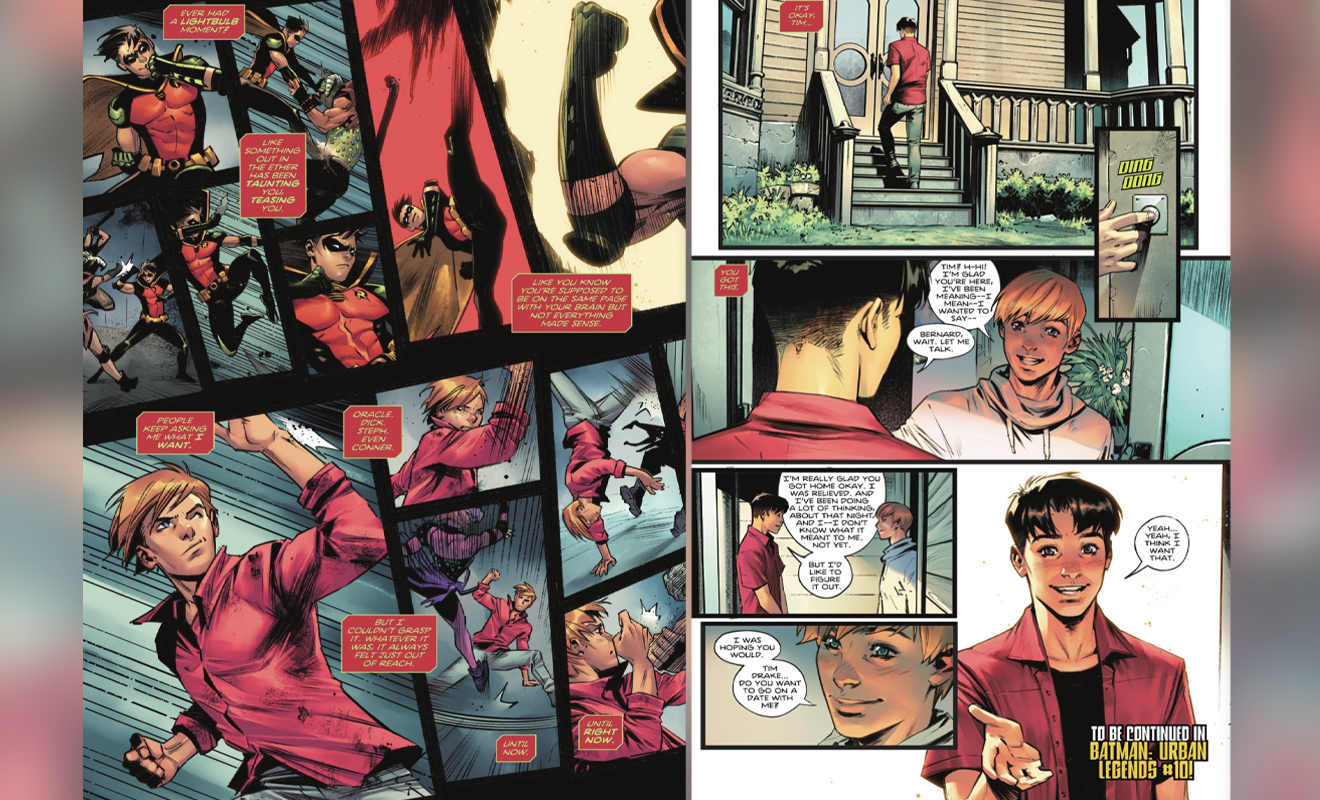 After many years of speculation among fans, Batman’s sidekick, Robin, has finally come out as bisexual in the August issue of Batman: Urban Legends, reports NBC News.

This version of Robin portrayed in the story as Tim Drake, has experienced an identity crisis in recent years struggling to find his feet. As he reconnects with an old friend, Bernard Dowd, he begins to experience feelings that are more than just friendship. It’s not until he’s fighting alongside Bernard as they try to defeat the Chaos Monsters, that Robin realises his feelings for Bernard. Once the pair reach safety, Bernard expresses similar feelings and asks Tim on a dinner date, which he accepts.

Tim Drake is the third iteration of Robin, but is the first Robin to address their sexuality since the introduction of the character in 1940.

The comic’s writer, Meghan Fitzmartin, told Polygon that, “Tim hasn’t put a label on himself yet,” as she wanted to write a character that would, “pay tribute to the fact that sexuality is a journey.”

Robin is not the only superhero in recent years that has joined the LGBTQIA+ community, with a number of characters such as Batwoman, Harley Quinn, Poison Ivy, Catwoman and The Question all being portrayed and written as LGBTQIA+.

From the Marvel universe, X-Men’s Ice Man came out as gay in 2015 in a progressive step forward by Marvel to be more diverse and a better reflection of the real world. Canadian X-Man Northstar is gay and married to a man.

Earlier this year, Alan Scott, from DC’s Green Lantern series also came out as gay in a conversation with his two children. HBO Max has cast Jeremy Irvine in this role in their upcoming production of this series.