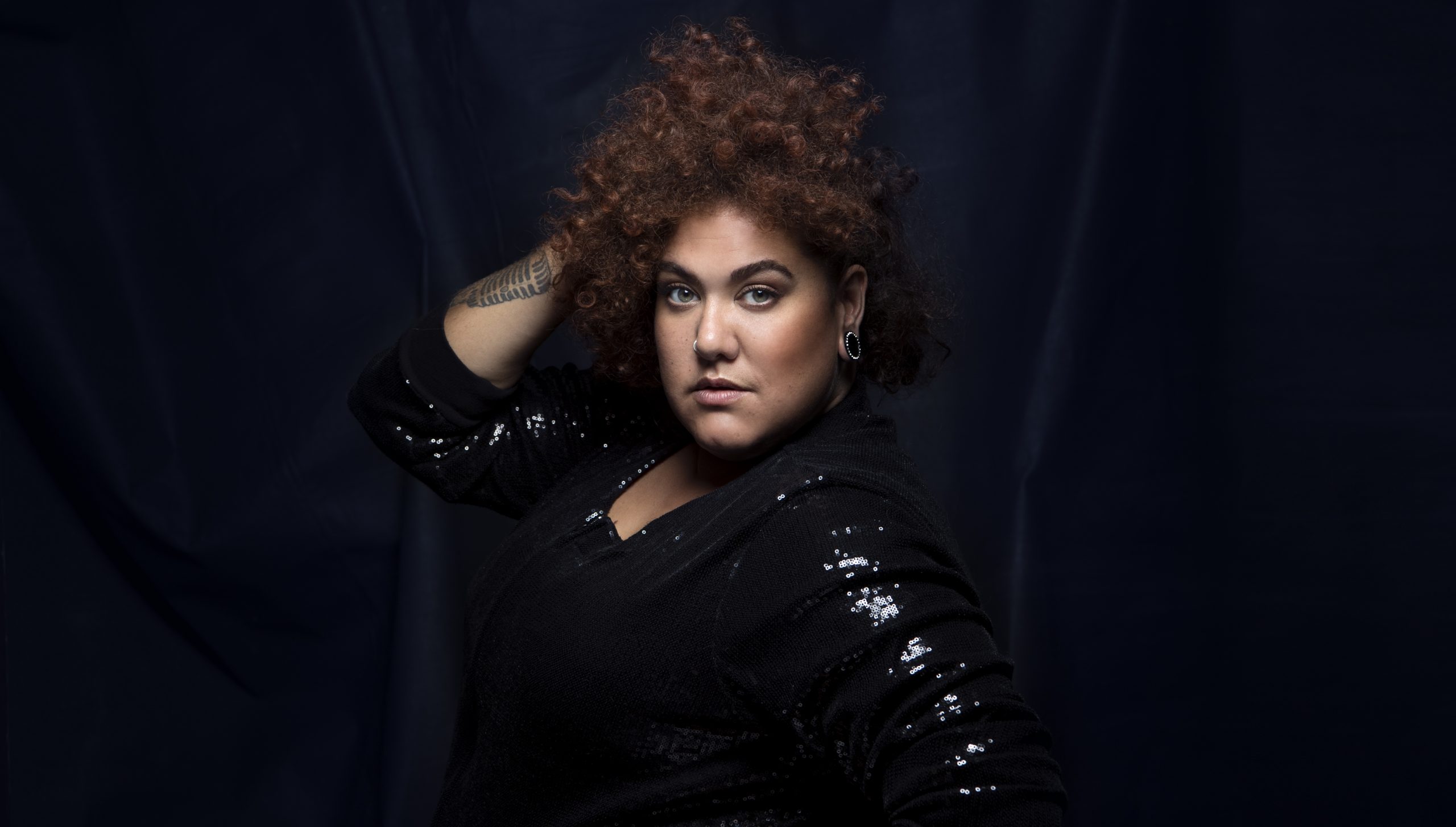 When Casey Donovan sings, we take note. Australians discovered her powerhouse vocals in 2004 when she won Australian Idol at the tender age of 16. Since then she’s had many stage and screen roles, wowed New Year audiences with her Adele and Thelma Houston covers, and in 2019 she shared her Indigenous heritage in an episode of Who Do You Think You Are? She’s competing this year at Eurovision: Australia Decides.

DNA caught up with her in Melbourne, where she’s currently performing the role of Matron ‘Mama’ Morton in Chicago.

Casey, what made you decide to compete at Eurovision: Australia Decides?
I was fortunate enough to be asked! [Laughs] I thought, I would have to give it a lot of thought because it is entering into another competition [she also won 2017’s I’m A Celebrity, Get Me Out Of Here]. But if I find it’s a great song, I’ll do it. And I did. I stumbled across Proud, written by Justine Eltakchi, between shows at Chicago in Sydney. I played it in my little headphones, shed a tear and thought, ‘Ooo, she’s a bit emotional! I would love to sing this!’

And now you are…
And now I am! It’s got a great message about being proud of who you are, overcoming obstacles, and I think that is my ethos in life: to keep getting up, to keep persisting, and to keep pushing forward.

Are you and Justine Eltakchi proud mates now?
Funny story! I know her through a mutual friend and it didn’t click when her name came through with the song. It wasn’t until we did the SBS promos that I was like, “Oh my gosh, hi!” She’s such a beautiful writer and I thank her for this beautiful song.

The theme in Rotterdam this year is Open Up, and if anything, you’ve been opening up to us about your family, your highs and your struggles since you were a teenager. Is that how you’ve become so fierce?
Look, I don’t know. Some days I get a bit overwhelmed and just set a goal to get out of bed. But you know what, everything’s going to be okay, and trusting that and letting people know that being vulnerable is okay, gets me through. Everyone falls, but we get back up again. That is why this is such a perfect song.

You already have a great afro…
It’s tied up in pin curls at the moment, darls, she’s again between shows. [Laughs]

How will the song be staged?
I’ve gone for a cinematic look. I don’t want to give too much away, but I can say there will be mirrors. It’s going to be a bit of camera play, a bit of acting. I’m keeping it simple because I didn’t want to overpower the song. I want the lyrics to speak for themselves.

How will being on the Eurovision stage compare to the other stages you’ve been on in your career? People will be watching you internationally now!
It’s so daunting! There’s a lot of pressure already with Australia entering into Eurovision. It’s a massive thing that people take very seriously, so I think this ‘stage’ will be different in that it holds a lot more weight.

You’re sharing the stage with well-known Australian heavyweights, and emerging musicians. Are you feeling competitive? Excited?
The plethora of talent on this stage is so diverse, no one is the same, and such an interesting mix of Australian artists. I’m honoured to share the stage with them. No matter what the outcome, I think we’re just going to have a great time where we get to share our music with the world.

I love Vanessa Amorosi; she is one of the reasons I sing! I listened to her first album in my room and I would sing to that every day with a hairbrush. Her range… and the range of other artists too: Jack Vidgen, Mitch Tambo, and Montaigne. I can never pronounce her name, but I met her as a performer for a New Year’s Eve concert a few years ago, the way she uses the stage, she’s got this unique sense about her… I frikkin’ love it!

Last year we saw Electric Fields burst onto the scene, what about your presence in the competition do you hope resonates?
I think this solidifies my place in music. My career changes every few months, I’m doing something different, from musical theatre, to TV presenting, to singing covers. Although this isn’t an original song, it kicks me back to showing people that I’m a singer first and foremost. It is my life, and passion!

If you don’t get to represent Australia this year, will you storm the stage announcing there has been a mistake?
Definitely not! [Laughs] Whoever gets it has earned it. I take my hat off to them. They will have an amazing time in The Netherlands.

Will you get a commemorative tattoo?
Probably not… I’ll tick Eurovision off the bucket list: Yep, you did that! That was awesome!

Will Proud form part of a new album?
I would love for it to! I’d really love to get back into writing. I’m always writing anyway, while I’m on tour, and I think it is the start of new things for me.

What message do you have for your LGBTI-fans?
Continue to be loud and proud!

Can we invite you to sing I Will Survive at DNA’s 20th anniversary party in September? You’d lift the roof!
I can’t give you an answer now, but speak to my people. Mardi Gras have also asked. [Laughs] I’m literally just finishing Chicago. Give me a day or two… [Laughs]