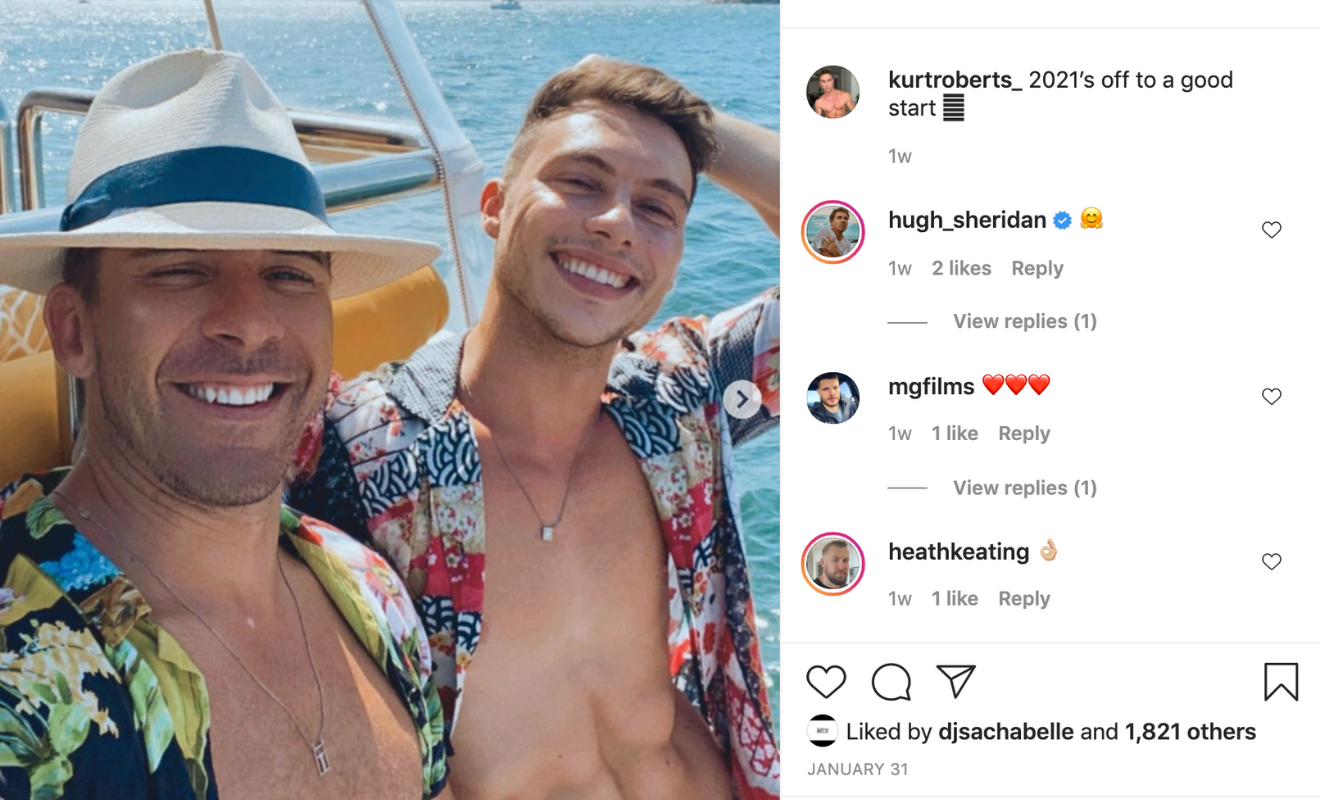 DNA cover model Kurt Roberts and actor Hugh Sheridan have revealed they are together, reports QNews.

Roberts has shared Instagram stories of the pair hugging and kissing. One photo he posted showed the pair on a boat in Sydney Harbour together.

In January, a friend told the Daily Mail the pair had been together for a few weeks.

“Hugh and Kurt have been seeing each other for a few weeks now,” the friend said, adding that Sheridan recently introduced Roberts to his family.

Sheridan is best known for his long-running role as Ben on Packed To The Rafters. He is a four-time Logie winner in the Most Popular Actor category.

In October 2020, Sheridan discussed his sexuality for the first time in a first-person essay in Stella magazine.