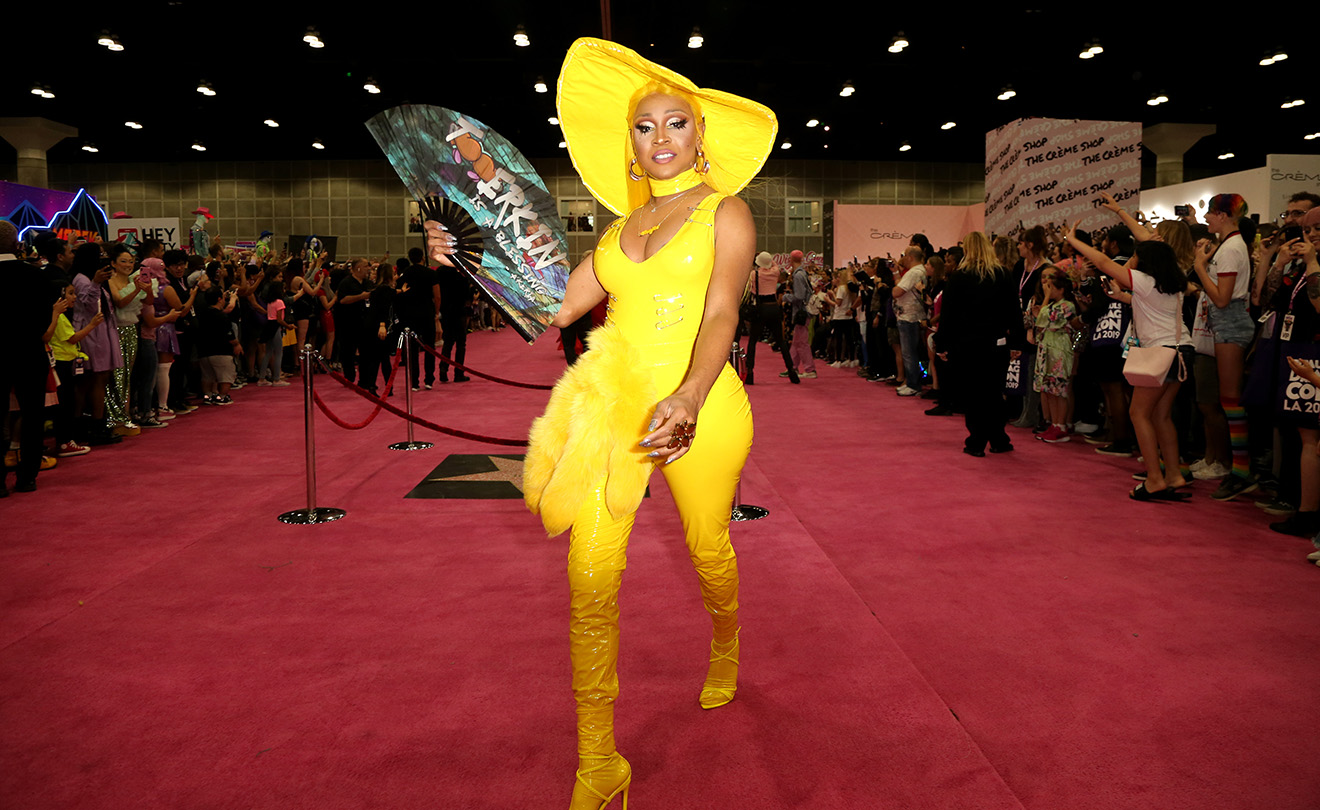 RuPaul’s DragCon might just be the gayest place on the planet… and the straights are loving it!

Over a decade ago, a minor pop star with a cult following chatted excitedly to DNA about a new TV series he had devised and was hosting involving drag queens battling it out in a reality show TV format not dissimilar to America’s Next Top Model. Every week they would be given new challenges and, based on the judges critiques, one of the contestants would be sent home until there would be a battle royale at the end to be crowned drag champ and win not just a year’s supply of make-up, but a major cash prize, too.

Airing on the gay US channel, Logo, a sub cable TV brand of MTV, it didn’t seem like something that would be either a ratings hit, or a cultural phenomenon.

Over a decade later, RuPaul’s Drag Race is both a huge global hit and a Zeitgeist barometer. Having just finished its 11th season (with four All Stars editions thrown in to pad it out, plus a number of international versions), it has also given rise to RuPaul’s DragCon, now held each year in LA and NYC.

For around $40, fans of the show can come face-to-face with the various queens from the show, not to mention shop for merch and snap a selfie. They can also browse through a multitude of drag-related exhibitors selling goods as varied as wigs, fake boobs, jewellery, make-up, and, yes, tucking pants. There’s also a dedicated kids’ zone, lively panel discussions, live performances and plenty of American fast food to eat to the beat.

With attendees from 44 countries, 350 exhibitors and 75 of the Drag Race family present on the pink carpet, it’s little wonder this was such a colossal event and success. Also on the floor, for the first time, was literal drag racing in go-karts, talent signings and over 50 Instagrammable moments including the real Werkroom entrance from Drag Race.

Production company, World Of Wonder are the folks behind the now bi-annual RuPaul’s DragCon, the world’s largest drag culture convention, welcoming 100,000 attendees across LA and NYC in 2018.

“DragCon has become a giant hug that the world really needs now,” explain World Of Wonder co-founders Fenton Bailey and Randy Barbato. “This year, we previewed our new film Stonewall Outloud, a timely reminder that this party and celebration began thanks to the courage of trailblazers who refused to be oppressed and tore down the walls of bigotry and hate. From DragCon LA to DragCon NYC and beyond, we are so grateful to everyone involved for sending a message of love and inclusiveness all around the world.”

Read the full feature in DNA #235 available from DNAstore.