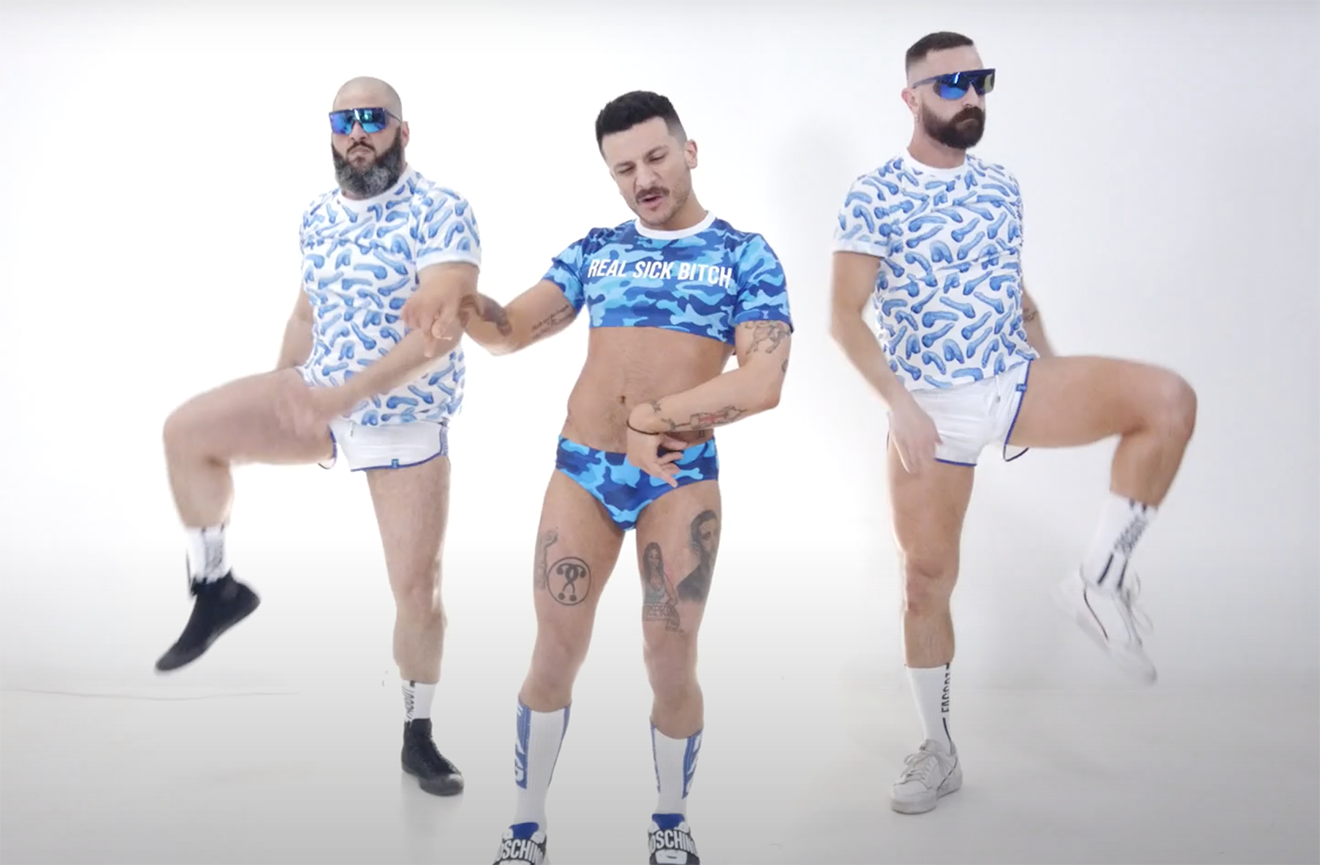 A cheeky YouTube video came across the online desk at DNA today by Sydney electronic duo Dads Mayo and Real Sick Bitches Of Melbourne – it’s so good we just had to share!

In the clip, Real Sick Bitch Of Melbourne dances in some fabulous Project Claude outfits while singing how “all the bottoms are getting mad” at his sexy top-stealing antics. See the full video for yourself below:

Jay, who is one half of Dads Mayo told DNA the video clip “broke the internet” and has sparked many fan videos after its release in 2019.

“Bottoms Getting Mad is a solid injection into the Middle Eastern social scene, and obviously the LGBTQI+ Pop Culture ensuring a peak at #12 on the iTunes Dance Charts,” Jay said.

Dads Mayo have also collaborated with drag act and comedian, Carla Of Bankstown who, for the last two years, has used her Middle Eastern community to inspire her act.

Carla and Dads Mayo track I Want It (I-Raq It) was released last year. Catch it below.