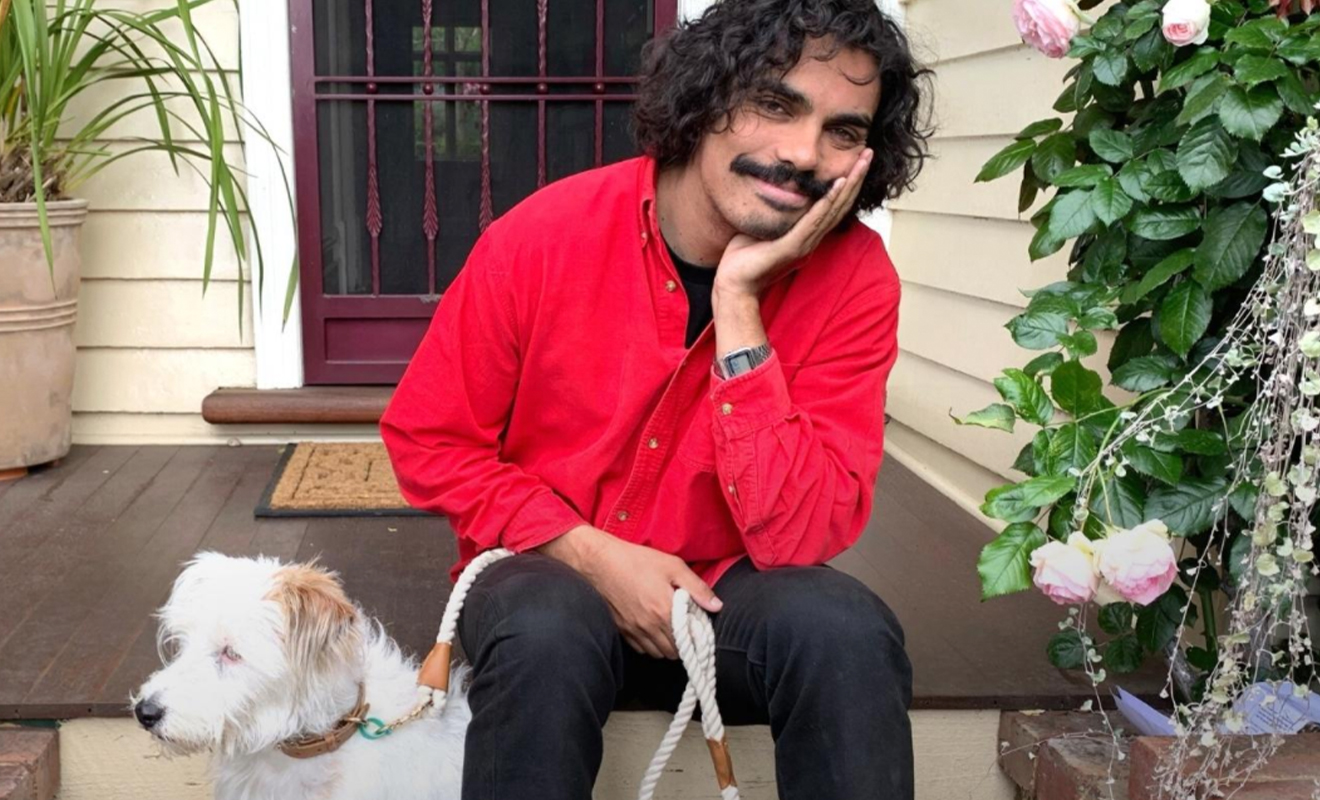 Throughout his career, sports presenter Tony Armstrong has managed to capture the hearts and minds of Australians with his charm, humility and talent. Speaking with ABC News ahead of his new series A Dog’s World, Tony says that his path has been unconventional and marked with both hardship and joy.

One would think that playing 35 games across three clubs in the AFL would make someone feel accomplished; not to mention then moving on to become a beloved figure in mainstream media.

But Tony Armstrong reportedly looks at his time in the AFL as a failure. Tony says, “I think 100 per cent that I failed… success would have been playing 250 games of AFL, a premiership in there, being a dominant player for a long period of time and I wasn’t that and that’s okay. I am okay with having failed”.

Since his time as an AFL player, Armstrong as carved a path in the media industry. According to ABC, he began as a special comments broadcaster on the National Indigenous Radio Service and in 2019 became the first Indigenous play-by-play AFL caller on commercial radio, at Triple M in Melbourne. Then came TV appearances on the Marngrook Footy Show and an online panel show, The Colour Of Your Jumper. After joining the ABC, he became a sports news producer/presenter and commentator on Grandstand AFL and then hosted the summer series of Offsiders.

In June, 2020, Armstrong became the sports presenter on News Breakfast and has become one of Australia’s favourite TV personalities. Undertaking a new project, Armstrong is set to host a new ABC TV series called A Dog’s World. The show will feature dogs, naturally, and interviews with the world’s top canine researchers with tips for dog owners. The show airs on Tuesday, March 22 at 8:30pm on ABC TV and ABC iview.

“I love dogs and it’s nice to be able to do something outside sport so when the opportunity came up, I jumped at it,” he says. “I think the biggest thing I learnt from the series was how dogs manipulate us, how they give us the ‘puppy dog eyes’ and know how to get what they want out of us. It’s really clever of them.”

Being Indigenous, Tony reports having to deal with racism everyday of his life. “Racism is just part of life for me, it happens so much, from slurs to police profiling you, to people following you around in shops, it’s so tiring,” he says.

Not being one to take racism lying down, Tony Armstrong says, “I have a responsibility to speak out. It’s of the utmost importance. It does take a toll on me emotionally every time I do it – you get people writing to you not necessarily saying the nicest thing to you and that’s not easy. But it’s a price I’m happy to continue paying. The last couple of years have been really divisive and I think people are struggling to disagree with each other respectfully. So, while I’d like to think things are getting better my experience is that they aren’t”.

Reportedly, Armstrong is someone who doesn’t care for the spotlight; which is funny considering how well it suits him. With his success on News Breakfast, he secured a special feature in DNA #251 and it would come as no surprise that he is considered a sex symbol.

“I like to work hard and I take pride in my work and it’s always surprising to me when there’s interest in what I do. I’m focused on properly establishing myself on News Brekkie and getting really good at my job. There are still a lot of things I need to work on,” says Armstrong. Our attentions will now be on A Dog’s World as he is sure to shine as brightly there as he has in every other position.