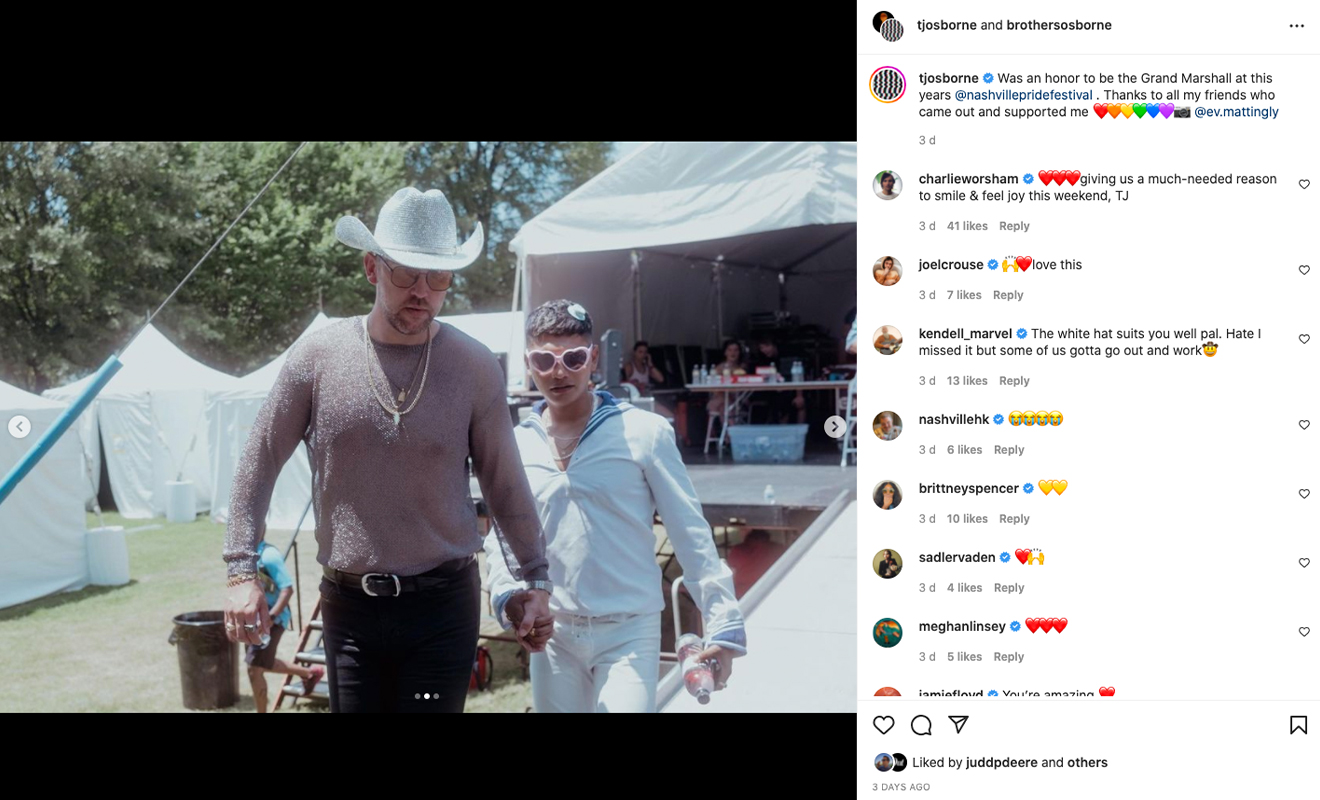 Country singer TJ Osborne attended Nashville Pride with his boyfriend on Sunday, June 26 where he was made Grand Marshal. Sharing images of his experience, Osborne thanked the folks in attendance and his loved ones for all their support since he came out, reports Out.

TJ Osborne makes up one-half of the singing duo Brothers Osborne alongside his brother John Osborne. The pair have seen commercial success in the country music scene, which is notoriously traditional. This is what makes TJ coming out such a big deal.

Honouring his boldness and his choice to not shy away by making him Nashville Pride’s Grand Marshal feels like a perfect fit. “[It] was an honour to be the Grand Marshal at this year’s [Nashville Pride Festival]. Thanks to all my friends who came out and supported me,” he says.

Since coming out, TJ has also announced he has found love with his partner Abi Ventura who was arm-in-arm with the country music singer on Sunday. According to Out, Osborne has not been shy about expressing his love openly as seen when he kissed Ventura before accepting an award at the Academy of Country Music Awards.

We can’t think of a more fitting recipient of Nashville Pride’s Grand Marshal position than TJ. If you want to read more about TJ, check out DNA #260 (Sexiest Men Alive) and DNA #257 (The Year Country Music Went Queer).