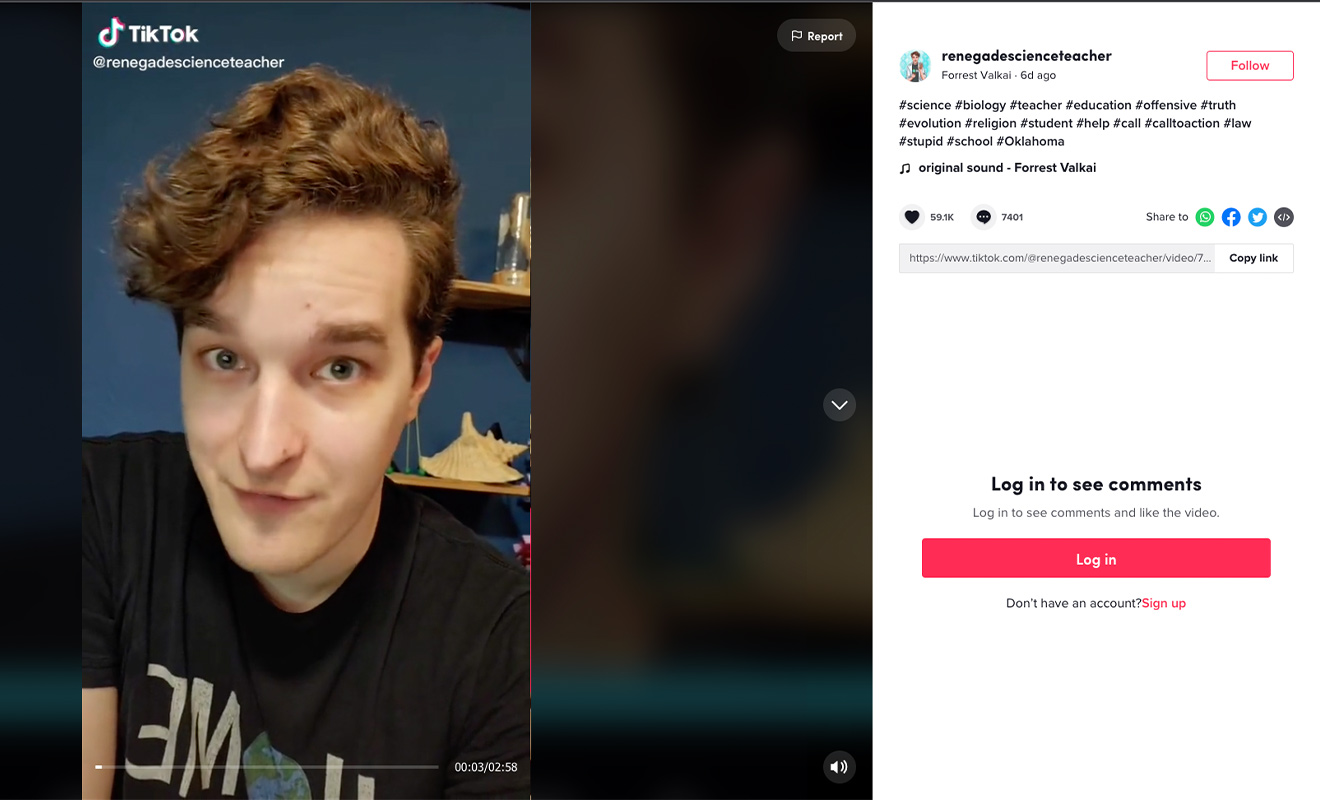 In the US state of Oklahoma, a bill has been introduced by conservative lawmakers entitled the Students’ Religious Beliefs Protection Act which makes it illegal for a teacher to promote positions that are in opposition to the closely held religious beliefs of students, reports Daily Kos.

The Student’s Religious Beliefs bill proposes that if a teacher promotes opposing positions to a student’s religious beliefs, the parents of that student would be able to sue the teacher for no less than $10,000. That fine would apply to each individual incident that is reported and must be paid from the personal funds of said teacher. If the teacher is found to have sourced any funds for the fine from elsewhere, they may be fired and subsequently banned from teaching in public schools for five years.

The absurdity of this bill is being noticed nationally with teachers and administrators questioning how they are supposed to do their jobs if parents have the power to threaten legal action for the lessons delivered in classrooms.

One Tiktoker who goes by the handle renegadescienceteacher (aka Forrest Valkai) posted a video running through the bill’s proposed actions and imagined what that would look like if applied to real-world scenarios.

“Let’s say there’s a biology class here in Oklahoma and in that class are two students. One of them is an evangelical Christian, so they believe in young-Earth creationism. The other is Catholic; so they believe, like the Pope does, that evolution is real. Which flavour of Christian comes out on top in this scenario?” asks Valkai. Trick question! Both come out on top; it’s the teacher who loses in that scenario.

WHY WOULD TEACHERS CONTINUE TO WORK IF THEIR JOBS ARE NOW IMPOSSIBLE?

“Here’s a fun fact that the state of Oklahoma keeps on forgetting, other religions exist! So what happens when the Hindu kid, or the Muslim kid, or the Buddhist kid feels offended by what the Christian kid wanted taught in the class,” asks Valkai.

If this bill passes, lawmakers can’t unring that bell for non-Christian people. The conflicting religious beliefs held by students would leave teachers without any options for how to run science classes. Teachers would face either bankruptcy or the prospect of finding a whole new profession.

The real danger with this bill may just be that it is so poorly thought out, and yet it still found a sponsor in GOP State Sen. Rob Standridge, reports MIC. The senator’s support for this bill is predictably born from him being raised with “strong Christian values”. It’s completely valid to create protections for religious people; but when those institutions impede on the rights of others can we still even call it protection? Or does it become something more pernicious?

Teachers and administrators will suffer if the Students’ Religious Beliefs Protection Bill passes but so will many minority groups. LGBTQIA+ students, POC students and non-denominational students will have their perspectives bulldozed over to protect the religious ideologies of their denominational peers. Why do some opinions get to matter more than others?

Many are saying it is unlikely the bill will pass considering the logical flaws in its foundational principles. But the fact it was drafted and supported at all signals a trend that needs addressing. With Australia’s controversial Religious Discrimination Bill in the process of being reviewed, we collectively must stay vigilant to ensure that creating freedoms for one doesn’t impact on the life of another.

Final thoughts on the Students’ Religious Beliefs Protection Act can be summed up pretty neatly with this quote, “There’s a reason why I don’t go to churches and try to sue the preacher for not teaching evolution, because that would be insane. So keep your magic out of science class”, says Valkai.