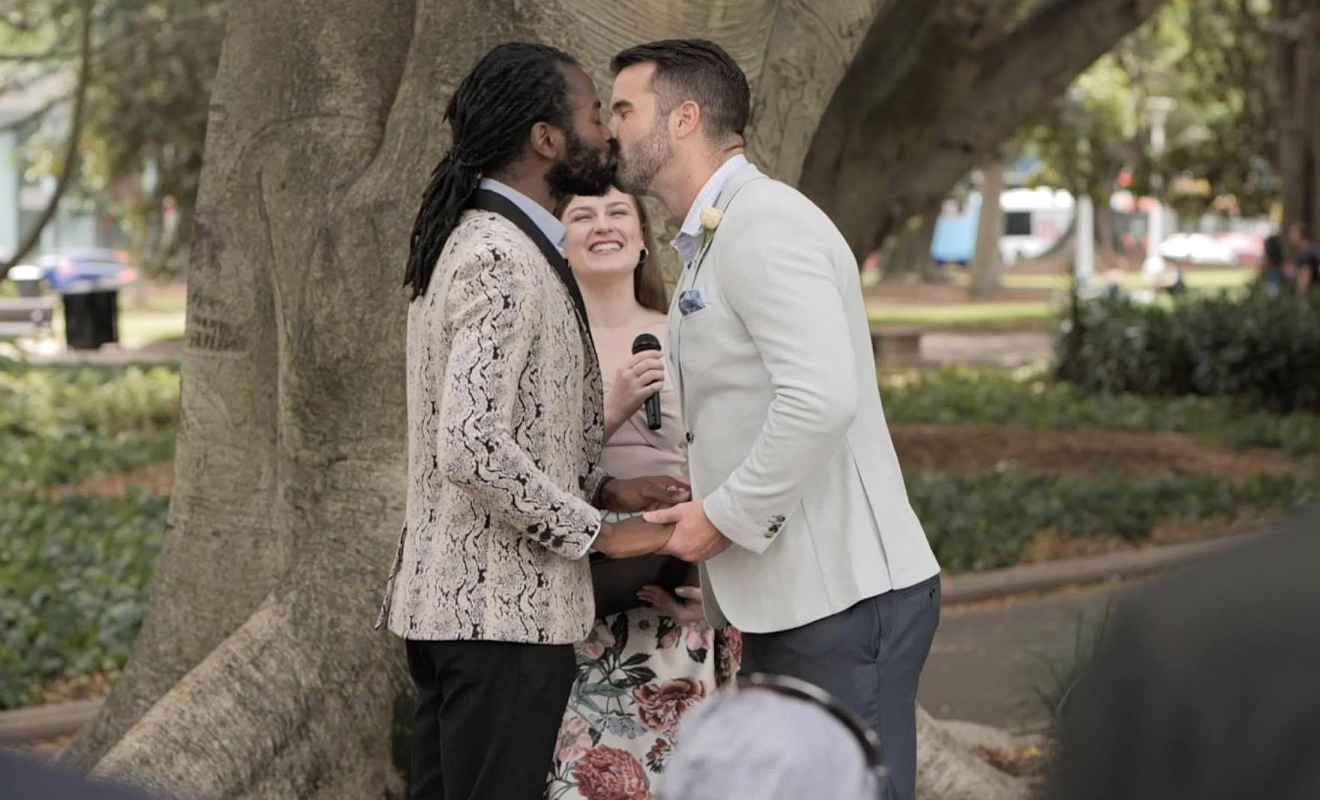 Speaking to DNA, Gould said he wanted to tell the story of a man (Dunn) falling in love with a man of colour (Fields) and his mother (Loeb) having to confront the issues of sexuality, racism and loss.

“I wanted it to be open to the viewer to decide if the mother not accepting her son’s relationship because his boyfriend’s ethnicity, that he’s gay, or that the mother is scared of losing her son as a single mum,” Gould said.

Gould said he worked closely with Day, with whom he duets in the track, to develop the story line with the two eventually deciding the family that would accept the relationship would be that of the man-of-colour.

Day, who plays the other mother in the clip, immediately accept Dunn’s character with open arms and celebrates their son’s relationship, which ends with the pair getting married in the park and Loeb eventually embracing her gay son.

“No matter what, they’re accepted in the end,” Gould said.

Gould said he writes with social justice in mind to cast a light on issues that may not get enough attention, describing the discrimination people of colour can experience not only because of their ethnicity but also acceptance into the LGBTIQ community.

You can view the clip below.

Love Like This is also featured on Greg Gould’s iTunes chart-topping album of duets, 1998.