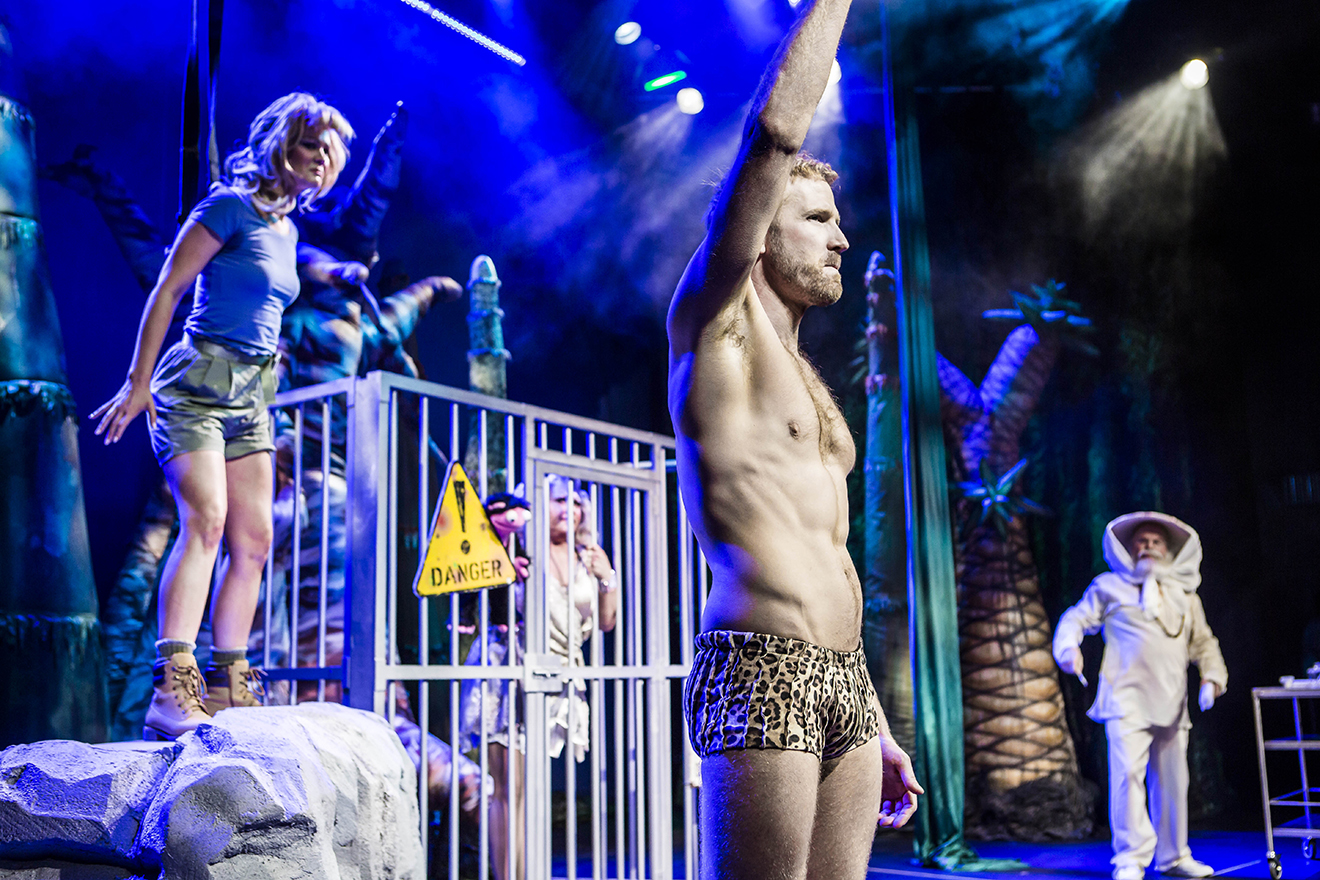 Trevor Ashley and his team have struck comedy gold again with this year’s panto-musical-revue, The Lyin’ Queen. Trevor plays actress Gay Wray from Home And Away who’s hired to be the celebrity face of a new theme park off The Gold Coast.

Of course, nothing goes to plan and hilarious chaos ensues. The show mashes up Jurassic Park, King Kong and The Lion King, taking broad swipes at Australian politics, entertainment and culture along the way. The laughs come thick and fast, plus it helps that hunky Brendan Irving plays several characters, none of whom have much need for clothing.

There are irreverent jokes hurled at Aussie icons (be prepared to be shocked!), with the sexual innuendo turned up to max, plus wicked asides to the audience from Trevor, who has mastered the sly, knowing, eye role!

Added to this is the joy of watching the talented cast sometimes struggle with props and set pieces that don’t always work as intended! A brilliant mind improvising with a broken prop is a joy to watch.

Trevor and co-writer Phil Scott (who also plays eccentric billionaire Dr Richard Rabbitborough), are fearless jokesters who don’t care who they may offend, be it Scott Morrison, Greta Thunberg or Kerri-Ann Kennerly. There is one joke about someone having diarrhoea at a foam party, which is as stomach churning as it is side-splitting.

Sydney-siders, this is the perfect end-of-year outing for you and comedy-loving friends. It plays at the Opera House for a week before transferring to the Darlinghurst Theatre Company. Treat yourselves!