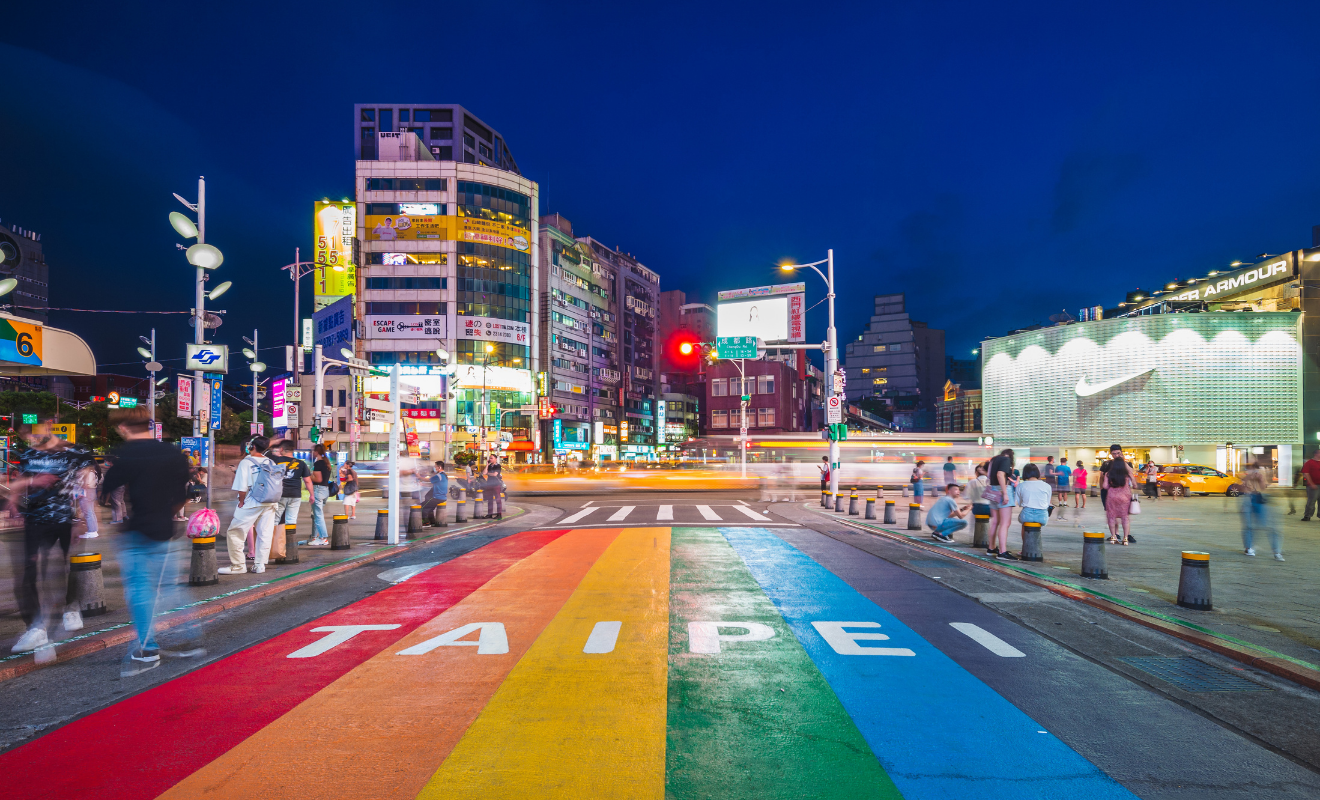 The Taiwanese defence ministry described the event as “open and progressive” and gave its blessings to all 188 couples married during the mass wedding.

“I am hoping to boost the visibility of homosexuals so that people understand we are also just part of everyday life,” said major Wang Wi, who broke down in tears after receiving her marriage certificate at the ceremony in the city of Taoyuan.

The Commander of Taiwan Army gave his blessing to the two officers in uniforms, holding rainbow flags, and their civilian wives.

“We hope our bravery could inspire more fellow soldiers who have concerns to also come out bravely. You are actually not alone,” said Chen Ying-hsuan, a combat engineer lieutenant from the Army’s Eighth Legion.

Taiwan is increasingly becoming a progressive beacon for the region. In 2019, it become the first Asian country to legalise same-sex marriage despite other countries in the region who ban homosexuality. Over 4,000 same-sex couples have said ‘I do’ since it was legalised in May.

Over the weekend 130,000 Taiwanese turned out for its Pride Parade, making it the world’s largest in-person celebration of LGBTIQ rights since the Coronavirus pandemic began. Taiwan has largely surprised the virus making it one of the world’s safest places.

In an interview with NBC News, Eve Teo who lives in Taipei said, “I feel that Taiwan has really set an example, to be able to have a normal life and also to continue with this Pride event even though the world is not able to come this year.”