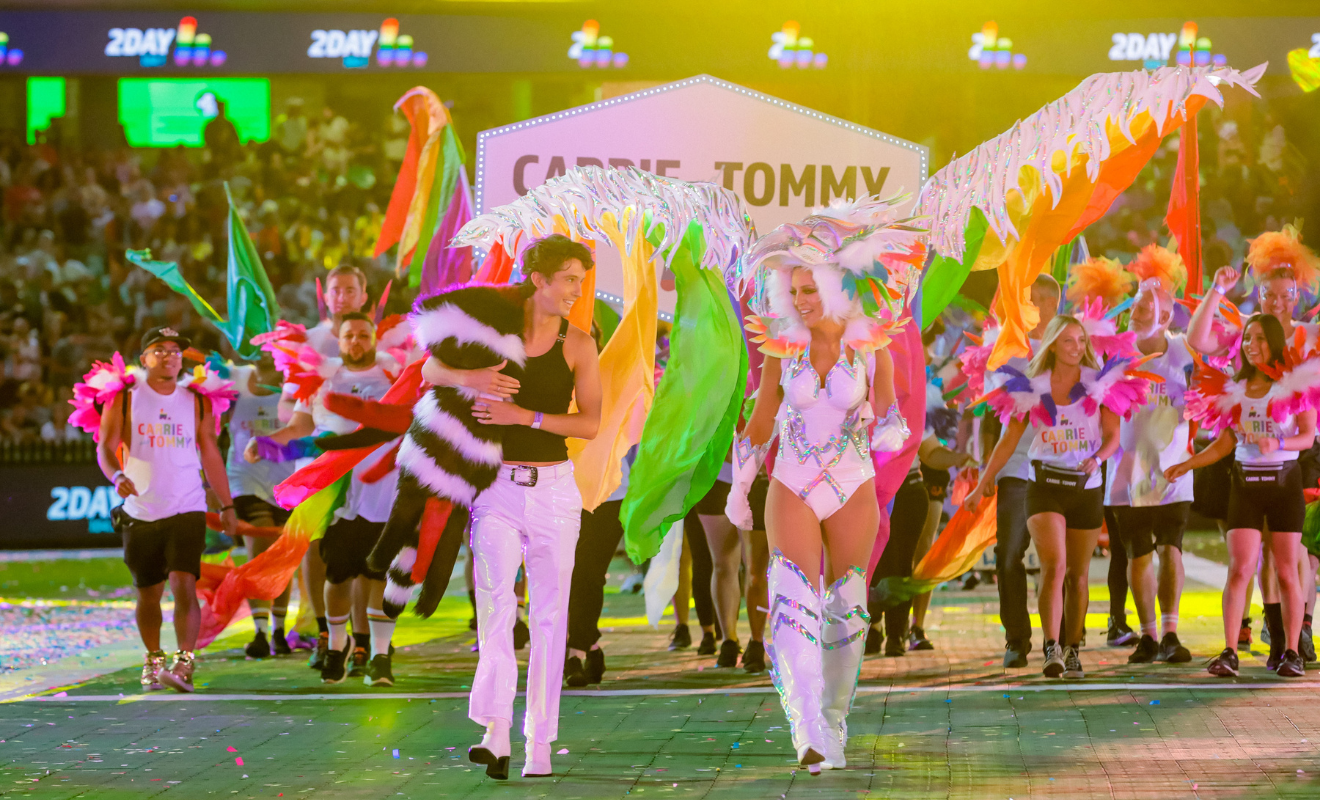 Despite its move from its traditional home on Oxford Street the 43rd Sydney Gay and Lesbian Mardi Gras proved Australia’s LGBTQIA+ community can still put on a spectacular party.

Over 36,000 spectators poured into the stadium to watch 5,000 from 120 floats march in the parade. Among them was Troye Sivan, Australian singer, songwriter and actor who marched with Carrie and Tommy radio show.

Reflecting on the night, Mardi Gras CEO Albert Kruger said, “The Parade has gone ahead every year since 1978, no matter what, so we’re very happy we could continue to honour this commitment and deliver a safe event for our community during these times.”

“We look forward to returning to our home on Oxford Street as soon as we can, but if the last 12 months has taught us anything it’s that our community are resilient. We have faced many challenges throughout history and we have always found a way to celebrate, to express ourselves and have our voices heard. Last night was proof of this,” Kruger said.

Here’s just some of the action from the night.